Nollywood and its glittering returns for Nigeria’s economy 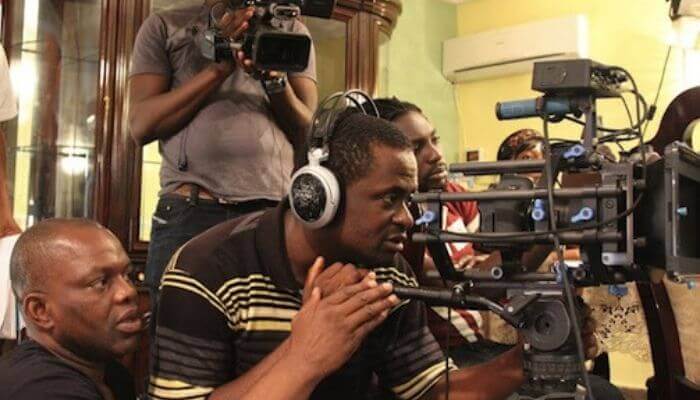 Every year, thousands of aspiring actors descend on Lagos, Enugu, Abuja and Kaduna with the dream of becoming the next Nollywood star. Most of them don’t get anywhere but they do contribute to the growth of local businesses.

Shooting movies have a huge impact on the locations in which they are filmed. As crews descend on a location, they bring in a hefty stream of revenues for businesses in the area. Filming directly generates revenues for a destination through spending on accommodation, transportation, equipment, local labour, and fees and taxes.

Nollywood, Nigeria’s resilient and omnipresent film industry, has become a global powerhouse with an enormous following in Africa and among the African diaspora. It is the second-largest film sector globally with a projected worth of $6.4 billion in 2021, and the continent’s largest in terms of value, number of annual films, revenue and popularity. Nigeria produces around 2,500 films annually.

As noted by the Economist in 2010, “Nigerian films are as popular abroad as they are at home. Ivorian rebels in the bush stop fighting when a shipment of DVDs arrives from Lagos. Zambian mothers say that their children talk with accents learnt from Nigerian television”.

According to PwC Global Entertainment and Media Outlook for 2020-2024, Nigeria’s media and entertainment industry is one of the fastest-growing creative industries in the world. It has the potential to become the country’s greatest export, with a projected annual growth rate of 8.6% and a compound annual growth rate (CAGR) of 19.3% from 2018-2023.

The importance of Nollywood to the Nigerian economy, noted Steve Omanufeme in a 2016 International Monetary Fund (IMF) report, “was only fully realized when the Nigerian GDP was rebased in 2014”.

The sectors captured in the rebasing exercise were arts, entertainment, and recreation; financial institutions and insurance; real estate, professional, scientific, and technical services; administrative and support services; public administration, education, human health, and social services; and other services—these had previously not been included in GDP at all. “Among the segments included for the first time”, noted the report, “were Nollywood, the information technology sector, the music industry, online sales, and telecommunications. As a result of this rebasing exercise, Nigeria’s GDP in 2013 jumped from an initial estimate of $285.5 billion to $510 billion”.

PwC indicates that in 2021, Nigeria’s film industry contributed 2.3% and about 239 billion naira ($660 million) to GDP and projects that the industry will increase its export revenue earnings to over $1 billion. The motion picture and music recording industry exceeded 2020 projected $806 million revenue contributing about 730 billion naira ($1.8 billion) to the country’s GDP.

Born on the backs of hardworking pioneers, Nollywood made a steady intrusion into viewers’ consciousness in 1992 with the release of the thriller Living in Bondage written by Kenneth Nnebue and Okechukwu Ogunjiofor and directed by Chris Rapu.

It was a partnership between creativity and the market that catalysed innovation, initiated a massive revolution in filmmaking and became phenomenal and a turning point for the Nigerian movie industry.

Okechukwu Ogunjiofor, a creative artist, had developed a wonderful story fit for production but was without funding, so he partnered with Kenneth Nnebue, a businessman, who imported VHS tapes from Taiwan. Making films with VHS camcorders was an inferior format to that which was obtainable in Hollywood but it was an alternative method that would change the course of filmmaking in Nigeria.

Read also: Fast-growing Nollywood creates the most jobs in 5yrs

The direct-to-video release of the film, notes Gbenga Bada a writer for the Pulse, was key in its success and it soon became the channel of distribution that turned the Nigerian film industry into a wide-reaching output.

Since its release 29 years ago, the industry has been sustained on the legacy of Living in Bondage.

Omanufeme posits that the release of Living in Bondage sparked the revival of the domestic video industry, which had started decades before. “In fact”, he said, “the Nnebue experiment followed years of hard work by pioneering filmmakers such as Hubert Ogunde, Jab Adu, Ola Balogun, Moses Olaiya (Baba Sala), and Eddie Ugboma. The industry considers these professionals the first generation of Nigerian filmmakers”.

The Nigerian film industry, asserts Innocent Uwah, is a self-help industry that has survived on the struggles of its practitioners, and not because of the structures put in place by the nation.

Fuelled by the traditional culture of creativity, Nollywood, says Ruth Okediji, a law professor at the University of Minnesota Law School, “developed itself, policed itself and emerged as a global force to be reckoned with”.

Despite Nigeria’s governments and its much-vaunted bureaucratic incompetence, Nollywood thrived and grew. “Other nations create laws to stimulate creativity. Here you have a country that can’t stop itself, almost despite itself,” Okedeji further noted.

Nigeria’s government in the past attempted to key into the success of Nollywood. In 2010, President Goodluck Jonathan pledged $200 million in government loans for the film industry, to help stimulate what he called Nigeria’s “shining light”. That same year, the World Bank identified Nollywood as a burgeoning industry with great potential and issued a $20 million grant to boost Nollywood’s growth as part of its Growth and Employment in States (GEMS) Project. Additionally, in March 2013, President Jonathan authorized the creation of a $17-18 million grant for the film industry, entitled “Project ACT – Nollywood,” intended to back filmmaking training and production skills acquisition

The resilience of Nigeria’s film industry has culminated in a transition from what film-maker and American University of Nigeria Lecturer Saddik Tafawa-Balewa calls ‘Old Nollywood to the New Nollywood’. The old Nollywood, says Tafawa-Balewa was characterised by low technical quality, poor production costs of around $25,000-$50,000 and sold between 100,000 and 200,000 copies.

Old Nollywood’s structure, noted Erick Oh, in a report for the United States International Trade Commission, benefits a cartel of Nigerian film marketers who have for many years controlled the financing, production, and distribution of films in Nigeria. These marketers operate networks of shops and other outlets and wield significant influence over which films are made and sold. Revenues are almost exclusively derived from home video rentals and sales, and this has worked primarily in the marketers’ interests. An early byproduct of this informal structure was the emergence of complex international piracy networks. Paradoxically, it was due to these illicit trade networks that Nollywood films first gained the attention of foreign audiences, and ultimately, established its global following.

John McCall argues that old Nollywood is not capitalist. Film transactions occurred in open-air markets, and its lack of record-keeping barred the industry from formal capital creation, a central tenet of capitalism

As Nollywood has developed, consumers’ expectations have changed, and old practices and pricing and delivery methods are also mutating. The advent of unconventional movie distribution technologies, such as those offered by Netflix and Apple Store have left consumers demanding more of the new and rejecting the style of the old.

Digital streaming services and social media have greatly disrupted traditional media. This has increased customer sophistication as customers now have a very wide variety of content to select.

New Nollywood, Saddik Tafawa-Balewa notes, has attracted larger investments from global film making companies and streaming services, gained much larger revenue than old Nollywood, is characterised by new trends in terms of content and quality and has a global market to showcase itself. It speaks to a maturing industry

The relationship he argues “is a purely capitalist one and the big boys internationally, whether it is Netflix or Amazon or Sky have positioned themselves very well. They determine what they can pay you and most times what they pay for Nigerian content isn’t comparable to what they pay for contents in other parts of the world.

“It is just like some years ago when the whole thing started and Nigerian film-makers were trooping to South Africa and the South Africans were cultivating Nigerians. Africa Magic cultivated our filmmakers and paid very cheap for our content. So, in a way what is happening is history repeating itself”.

Mr. Tafawa-Balewa further believes that Nollywood needs to work with other creatives to develop platforms that would domesticate the streaming of Nigerian films if Nigerian film-makers are to be able to determine content as well as benefit financially from their work. “We need to create our platforms to stream our content. That is the only way we can maximiSe and benefit”.

Yet, the future looks ultra-optimistic for Nollywood.

With little government support, and despite its informal state, Nollywood has created an estimated one million direct jobs, making it the second-largest employer in Nigeria after agriculture. The industry and its influence contribute almost one billion USD to Nigeria’s economy annually along with its high job creation.

Without intervention and formality, the industry took off, thrived and is expanding the economy. And with revenues only set to grow over the years, Nollywood will keep on delivering dazzling returns and roles for individuals and businesses in Nigeria.