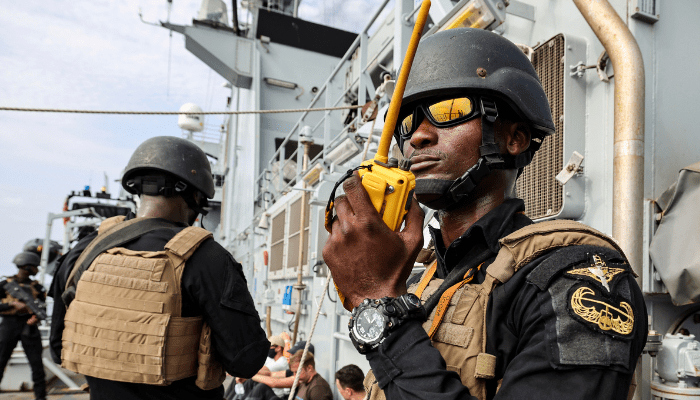 Nigeria has seen a dramatic increase in its defence spending in recent years but analysts say it has yet to make a dent in insecurity.

Since May 2015, when President Muhammadu Buhari resumed office, the allocation to the defence sector has seen a steady rise running into trillions of naira, in a bid to tackle the multifaceted and growing security threats across the country.

The country continues to battle diverse and high-level security challenges, including Boko Haram terrorism, kidnappings and crude oil theft; it has seen the emergence of the Islamic State in West Africa Province (ISWAP), farmer-herder clashes, banditry, separatist activities, and other violent attacks.

The increased budgetary allocation to the security sector is borne out of the understanding that more funding is required to combat insecurity by boosting the military’s capabilities, especially through the purchase of military hardware and platforms.

Notable among these capabilities and platforms is the Super Tucano aircraft, which has been described as a game changer in the fight against terrorism. According to the military, the equipment and other platforms purchased by the Buhari administration are the major reason behind the success recorded so far.

The defence budget comprises recurrent and capital expenditures of the Ministry of Defence, the Defence Headquarters, Army, Air Force, and Navy, and other institutions such as Defence Intelligence, College, Missions and Industries.

However, security analysts and reports say despite the billions of naira spent in procuring state-of-the-art military platforms, security has not improved as citizens die daily at the hands of bandits, terrorists, separatists and other criminals.

Okechukwu Odeh, an Abuja-based security analyst, while quoting a recent report by Nextier SPD, said violent attacks rose by over 14 percent within the last two years, showing that security threats are still growing.

“Today, people travel by road mostly because they can’t afford air tickets, and that is even due to the prevailing economic hardship. No one region in the country is safe today, but it wasn’t like this, at least a decade ago,” he said.

In addition to budgetary allocations, the Nigerian government also approved auxiliary budgets and additional allocations, which were largely used to purchase military equipment and platforms.

In 2018, Buhari authorised the withdrawal of $1 billion from the Excess Crude Account, out of which $496 million was used to order the 12 Tucano fighter jets.

The President also approved a N982.72 billion 2021 supplementary budget, which was designed for the provision of military hardware and COVID-19 response. The Nigerian government also procured 12 AH-1Z Cobra attack helicopters worth nearly $1 billion.

Buhari recently revealed that his administration had invested over $1 billion in the acquisition of weapons, which he said has yielded tremendous results in the war against terror.

“When I assumed power in 2015, Boko Haram held about two-thirds of Borno State, half of Yobe State, and a couple of local government areas in Adamawa State, all in the North-East of Nigeria. We have been able to retrieve these swathes of territories by investing over a billion dollars to acquire hard and software weaponry from the US and other friendly countries to carry out sustained operations against insurgency since 2015,” he said.

Read also: Analysis: Nigeria yet to learn from past train attacks

The Defence Headquarters said the military has greatly decimated insurgents and other criminal elements terrorising the country. According to it, the mass surrender of thousands of terrorists is a clear indication that the military is winning the war.

However, security experts and analysts said the huge sums invested in security failed to yield the desired results as the country is still mired in a wave of insecurity, which has spread to all geopolitical zones across the country. The security sector has gulped over N12 trillion in the last eight years.

The defence budget has been heavily criticised especially as the country continues to perform poorly in global rankings on peace and security. Nigeria ranks 143rd of the 163 countries ranked in the Global Peace Index for 2022. The country also occupies the sixth position among countries with the highest terrorism levels, according to the 2022 Global Terrorism Index. Statista also said Nigeria is among the countries in the world with the largest number of terror-related deaths.
Meanwhile, within October-December 10, the period in which the federal government promised to end insecurity, security reports by Beacon Consulting, a security consulting firm, and Nextier SPD, indicate that 1,920 persons were killed in over 1,100 violent attacks across the country.
Kabiru Adamu, CEO of Beacon Consulting, projected that there would be a continuation of non-state actors’ activities challenging the supremacy of the government’s monopoly of force and would sustain their attacks on communities including kidnap for ransom and raids.

According to him, criminal activities including kidnap for ransom, violent and petty crimes, as well as home invasions are likely due to the deteriorating economic circumstances of the country and rising inflation.

To tackle insecurity, Adamu said there is a need for the government at the federal and state levels to halt the ability of the gunmen to move between locations, and to block their supply chains for weapons and essentials including petroleum products for their motorbikes and access to drugs.