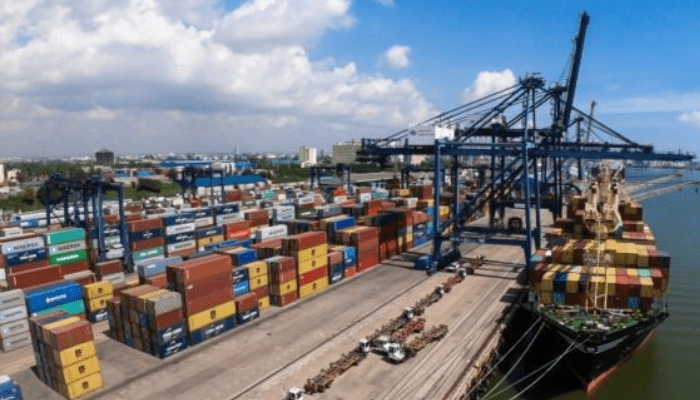 The persistent scarcity of foreign exchange (FX) and inflationary pressures have led to a decline in the value of Nigeria’s imports for the second quarter (Q2) of 2022, analysts say.

According to the foreign trade report released on Thursday by the National Bureau of Statistics (NBS), total imports fell by 7.9 percent to N5.4 trillion in Q2, marking the second quarterly decline, from N5.9 trillion in the previous quarter. But it increased on a year-on-year basis by 15.9 percent.

The country’s total trade declined by 1.2 percent to N12.8 trillion in Q2 from N13 trillion in Q1. The report attributed the drop to a decline in import trade, resulting in an improved trade balance.

The FX scarcity, combined with the high inflation rate in the country, has reduced the demand for imported products, said Ayorinde Akinloye, an investor relations analyst at Seplat Energy Plc.

“This is impacting imports. So, until we begin to see a moderation in dollar prices, then we can begin to see an increase in demand,” Akinloye said.

The country’s FX liquidity challenges have worsened on the back of the Russia-Ukraine crisis, which started in February.

Godwin Onyekazi, president of Nigerian Importers Integrity Association, complained about how the high exchange rate has further reduced importation and eroded the purchasing power of many importers.

“The continuous slide of the naira against the dollar is killing importation. Already, the level of importation at the ports has slumped drastically. This has been reflected in the very low volume of work for haulage companies and clearing agents at the ports,” Onyekazi said.

BusinessDay had earlier reported that the FX scarcity was fuelling an increase in the demand for local raw materials and finished products in the Nigerian agro-food processing industry.

Some of the agro-food processors interviewed by BusinessDay revealed that the scarcity has led them to increase their production capacity.

“Naturally, people will stick to the local ones because they have less cash to spend. So, we are attributing our own success to the FX issues,” Uzoamaka Igweike, chief executive officer at Loom Chocolate, said.

Igweike added that she has been able to increase her company’s production capacity. “In 2021, we produced and sold a total of 22,000 bags of local chocolates, and this year, we are hoping to produce about 70,800 bags.”

On his part, Moses Ojo, a Lagos-based economic analyst, described the decline in imports as positive for the economy, saying it had forced manufactures to look inwards in order to source for their inputs.

The top five export destinations were India, with a share of 14.9 percent. It was followed by Spain with 13.9 percent, the Netherlands with 12.4 percent, the United States of America and Indonesia with 8.9 percent and 8.5 percent respectively.

In terms of imports, China, Belgium, India, the Netherlands, and the USA were the top five countries of origin of imports to Nigeria.

The commodity with the largest export values in the period under review was recorded in ‘petroleum oils and oils obtained from bituminous minerals, crude’ with N5.9 trillion, representing 79.8 percent, followed by liquefied natural gas with N735.6 billion, accounting for 9.9 percent, and ‘urea, whether or not in aqueous solution’ with N308.1 billion or 4.2 percent of total exports.

The values of imports from the top five countries amounted to N3.1 trillion, representing a share of 57.7 percent of the total value of imports. The commodity groups with the largest values among the top imported products were motor spirit ordinary (N948.8 billion), gas oil (N357.4 billion), and durum wheat (not in seeds) (N242.7 billion).