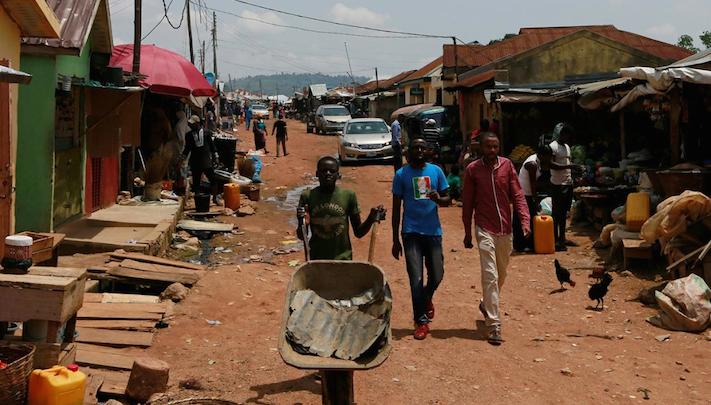 With over 67 million children lacking access to healthcare, education, clean water and other basic amenities, Nigeria’s future is at risk, according to experts.

They said child poverty in the country poses a major threat to national development if not quickly addressed.

According to the Multidimensional Poverty Index (MPI) report of the National Bureau of Statistics, about 67.5 million out of 99.6 million children in Nigeria are multidimensionally poor.

“This is a scary situation facing us as a country, especially the lack of healthcare and education. It clearly shows that we are underdeveloped,”Auwal Rafsanjani, executive director of Civil Society Legislative Advocacy Centre, said.

Rafsanjanni said corruption among leaders has worsened the government’s inability to provide basic amenities for citizens.

He said insecurity has heightened the rate of poverty across the country, as many households have had to leave their homes in some parts of the country for safety.

“Insecurity is making mother and child even poorer. People are running from their homes because of insecurity. Many do not have decent places to live,” he said. “Corruption among leaders has also hindered effective utilization of resources for the good of citizens. This should be a wakeup call for us, especially those in government.”

For Kunle Akande, an Abuja-based child rights analyst, children in any society represent the most fragile population that must be handled with utmost care, but Nigeria has failed in this regard.

According to him, the issue of child marriage is a factor depriving the girl child from their fundamental rights to education, a safe dwelling, and freedom from violence.

He said, “Some families in Nigeria have sought to lessen their financial burdens by giving their daughters to marriage in their early years and many also face worse economic conditions after marriage.

“Most of them either did not attend school or were pulled out of school due to poverty and pressure to marry. They often lacked the ability to make decisions related to finances within their households and had most of the burden for household care and work.

“We urgently need to address this by making sure that all states of the federation conform to international legal standards to protect children from marriage.”

According to the MPI report, six out of 10 girls aged 12-17 are poor, among those in child marriage, approximately eight of them are poor.

Maryam Uwais, senior special adviser to the President on social investment, identified poverty as a major factor keeping children out of school, saying most parents engage their children in trade to support the household income.

“Every child out of school today is a challenge that we must address, we need to open the minds of these children to the opportunities that exist and they need the support of the government,” he said.

Phuong Nguyen, UNICEF chief of Maiduguri Field Office, told BusinessDay that multidimensional child poverty is a child rights problem, just as it is an issue of inequity, which increases the vulnerability of infants and children as well as the risk of child mortality and morbidity.

She said: “A child that has limited or no access to basic nutrition, health, water, sanitation and hygiene, education and protection services has a higher risk of dying than children who have access to these services.

“Ensuring access to basic social services in communities is one of the ways of addressing this. It is not enough that schools, health centres and WASH services are available. They must be accessible to children and families who need them most, particularly those living in emergencies, and rural, remote and extremely difficult to reach areas.

“Essential services are as good as non-existent if they are not easily accessible by children and their families. Worst yet, not free or unaffordable.”

Nguyen said many families would resort to self-treating, including using wrong medications if they require money for transportation to faraway health centres.

He said: “Many children are not enrolled in schools and are engaged in child labour because struggling families cannot afford the money required for everyday survival.

“Child labour increases the chances of children to being sexually abused, exploited, maimed or killed. Stakeholders must address these barriers to address multidimensional poverty, in favour of child survival, thrive and development for the future of Nigeria.”