Nigerian could suffer its 7th stagflation since 1960 later this year 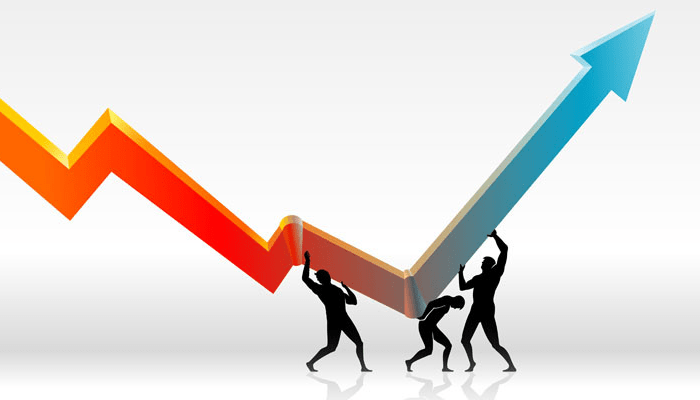 Nigeria is expected to enter a technical stagflation at some point in Q3 this year after the recently passed 2020 national budget shows that economic growth is expected to contract by 4.4 percent and inflation rate is expected to rise to 14.13 percent this year. This will be the 7th time since 1960 that the Nigerian economic downturn will be accompanied by rising inflation in the country.

A country is defined to enter a technical stagflation when it suffers persistent high inflation combined with high unemployment and stagnant demand for 2 consecutive economic quarters. Typically, an economic recession is accompanied by a decline in inflation not an increase. Whenever a recession occurs during a period of increase in inflation, it is referred to as a stagflation.

The Nigerian economy has previously entered a technical recession 6 times in the last 60 years and could be on its way to another later this year. The first economic downturn recorded was in 1966 when the economy contracted by 4.2 percent and inflation rose to 9.6 percent from 4.1 percent the previous year. The economy entered a depression and continued to contract between 1966 and 1968 as the country struggled to contain its first civil war.

The second economic downturn period was in 1975 when an oil price crash triggered an economic contraction of 5.2 percent and caused inflation to rise from 12.6 percent to 33.9 percent according to data obtained from the world bank. The economy contracted again in 1978 by 5.7 percent while inflation rose from 15 percent the previous year to 21.7 percent in 1978.

The sixth stagflation was recorded in 2016 when the economy contracted by 1.61 percent while inflation moved from 9 percent to 15.67 percent.

In the last eight months, inflation has risen every month consecutively, reaching 12.34 percent while the government is now forecasting inflation could rise to 14.13 percent in 2020 while the economy will contract by 4.42 percent. This signals Nigeria could easily be on its way to its 2nd stagflation in just 4 years, even though numerous analysts are still erroneously calling it just an economic recession.

The fall in crude oil prices and citywide lockdowns caused the International Monetary Fund (IMF) to forecast that Nigeria will see her economy contract by 3.4 percent in 2020 a sharp reversal from the 2.9 percent growth IMF had earlier forecasted will occur in 2020 in its October 2019 report.

However, the Nigerian government is taking a more pessimistic stance, forecasting that the economy could contract by as much as 4.42 percent in its revised 2020 budget.

In a press statement by the Federal Minister of Finance, Zainab Ahmed earlier in May, the Minister said that the Federal Government expects that without a fiscal stimulus, the economy will contract by 4.42 percent in its best case scenario and contract by 8.9 percent in its worst case scenario. The Minister also stated that she was hopeful that with a fiscal stimulus package in place, the Nigerian economy may contract by only 0.59 percent in 2020 but went ahead to budget assuming a 4.42 contraction in the economy in 2020.