Nigeria yet to wake up to a rapidly changing world 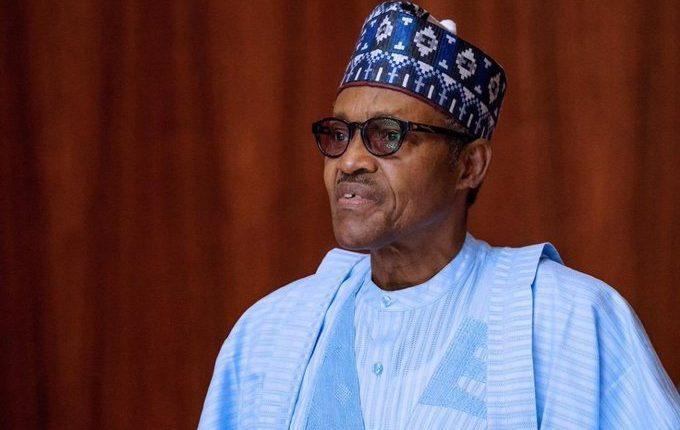 Nigeria is facing low oil prices and the novel coronavirus pandemic, two disablers of economic growth but with fewer arrows in its quiver than it had in 2008, during the global economic recession.

In the week ending March 7, OPEC+ a three-year old alliance between the Organisation of Petroleum Exporting Countries (OPEC) and NON-OPEC members including Russia to keep crude oil volumes down and shore up prices broke down. Prices crashed to lows seen during the 1991 Gulf War.

The coronavirus pandemic has compounded the impact of crashing oil prices by taking a severe hit on demand for crude oil. China accounts for over 80 percent of global oil demand but the contagion has shut down factories in the world’s second largest economy and prevented movement of people, depressing oil demand. With the virus spreading across the world and countries such as Italy, Spain, Senegal, India and South Africa among others going on total lockdown, oil demand will further decrease.

The US Federal Reserve (the Fed) and its global counterparts moved aggressively with sweeping emergency rate cuts and offers of cheap dollars to help combat the coronavirus pandemic that has jolted markets and paralysed large parts of the world economy.

The coordinated response from the Fed to the European Central Bank (ECB) and the Bank of Japan (BOJ) came amid a meltdown in financial markets as investor anxiety deepened over the difficulty of tackling a pathogen that has left thousands dead and shuttered many countries from global trade. But Nigeria seems unprepared to deal with crashing oil prices and the coronavirus  pandemic.

Saudi Arabia may survive an oil price war and low prices for a longer time than Nigeria because of its large foreign reserves of $502 billion. Russia says it has the firepower to survive the price war, referring to its $570 billion foreign reserve and its $150 billion national wealth fund.

Nigeria lacks such luxuries. Africa’s biggest oil producer has squandered its oil wealth, estimated at $300 billion since the 1970s. Nigeria survived the 2008 global recession thanks to sufficient buffers in the form of external reserves worth $62 billion and excess crude savings of $20 billion.

“For Nigeria, pressure on the currency amid slower dollar inflow would be on the front burner as the ability of the Central Bank of Nigeria to support the naira with its dwindling foreign exchange reserve comes into question,” one economist who did not want to be quoted said.

In 2008, Nigeria owed $3.7 billion in external debt and inflation rate was 11.58 percent. The exchange rate was N117 per dollar. External debt has surged 627 percent to $26.9 billion as of September 2019, according to data by the Debt Management Office (DMO). External reserves have nearly halved to $36 billion and excess crude savings are 90 percent depleted to below $2 billion (including the funds under management by the Nigeria Sovereign Investment Authority).

Inflation rate is also higher today at 12.13 percent while the exchange rate has weakened to N360 at the central bank’s official window and N380 at the Investors and Exporters window.

Before these crashes in oil price some three weeks ago, there have been several warnings about the perilous future of oil and the potential catastrophic consequences for oil-dependent countries such as Nigeria.

At best of times, oil is problematic for most oil-dependent countries as they are at the mercy of oil market vagaries and buffeted by oil price and oil revenue volatilities, Olu Fasan, a Businessday columnist, and a visiting fellow at The London School of Economics said.

No country is more at risk than Nigeria, a country where oil accounts for 96 per cent of exports and over 75 per cent of government revenues; a country that has absolutely no resilience to oil price shocks.

Unlike the 2016 lows, which were largely driven by oversupply, the current oil price crash is a demand-led crisis. The global economy is facing the possibility of a recession, as the coronavirus continues to spread. The airline industry could lose more than $100 billion. The rough patch ahead is unprecedented, it could be worse than 2008 and 2016.

“The buffers we have today are nowhere near 2008 which means we are more vulnerable to an economic meltdown that could be worse than 2016’s recession,” said Bismarck Rewane, a leading Nigerian economist and CEO of consulting firm, Financial Derivatives Ltd in an earlier interview with Businessday.

In 1991, Saudi Arabia cut production to stem the effect of the Gulf War – its alliance with Russia 25 years later shows it’s impossible for it to do so alone today.

In 2008, when the global economy slid into a recession, after effects of subprime loans on financial markets, Nigeria was ring-fenced by a cash pile of dollars in its foreign reserves; in 2020 the reverse is the case.

Nigeria’s dependence on oil at a time when forward looking countries are investing heavily in green energy to tackle climate change is self-defeating. And as alternatives, such as electric cars, become readily available and cheaper, oil will become unattractive.

The coronavirus has also taken a toll on oil demand. Oil is acutely susceptible to demand shocks, and this will increasingly happen as population growth slows in the West and as demand shifts in favour of more environmentally friendly energy.

Nigeria has dithered on diversifying its economy it has depended on oil, ignoring billions of standard cubic meters of gas in its reserves as the world goes electric, discards combustion engine.

France, Spain, Greece, Mexico have said they will remove diesel cars and vans by 2025. Norway will phase out conventional cars by 2025, followed by France and the United Kingdom in 2040 and 2050, respectively.

Yet Nigeria dithers, seemingly quarantined from a rapidly changing, increasingly connected world. A hyper connected superhighway on which the pandemic has rode across to every continent in the world. Take for instance, the Daxing International Airport in Beijing,

China, which was launched last year. With the opening of the airport, Beijing has joined a group of cities, including New York and London, that have two-long haul international airports.

In the first half of 2009, China exported $521 billion worth of clothes, toys, electronics, grains and other commodities to the rest of the world. This shows how much global trade has made China a powerhouse and the world’s factory of sorts.

Though what China produced in 2009 represented a 22 percent decrease from the first half of 2008, it compares favourably to other major exporters; German exports fell by 34 percent over the same period, Japanese exports were down by 37 percent and US exports dropped by 24 percent, according to Global Trade Information Services.

The gloomy trade report is likely to reinforce fears that China’s economic growth halved in the first quarter to the weakest since 1990 as the pandemic and strict government containment measures crippled factory production and led to a sharp slump in demand.

Factory activity contracted at the fastest pace ever in February, even worse than during the global financial crisis of 2008, an official manufacturing gauge showed with a sharp slump in new orders.

Realising how connected the world has become since it recorded its first case of coronavirus on February 28, Nigeria has joined other African countries to place travel bans on all countries with more than 1,000 recorded cases. The ban has been extended.

Nigeria has restricted entry into the country for travellers the US and UK. Others include China, Italy, Iran, South Korea, Spain, Japan, France, Germany, the United States, Norway, UK, Netherlands and Switzerland, the country’s National Centre for Disease Control said on its Twitter account. Some say these measures could have come a lot earlier.

Nigeria is more connected to the world than it was in 2008 – 62.99 million of its citizens could connect to the world through mobile phones in 2008. Today, the country has 169.2 million Nigerians mobile subscribers, representing an 83 percent penetration of the total population of over 200 million people.

The International Monetary Fund has warned that oil-exporting countries must be ready for a post-oil future sooner rather than later. Sadly, Nigeria is doing little to prepare for that future.

Increased insecurity on the back of massive job loss a possibility