Nigeria Eurobonds near junk, shut out of debt market

The high yields on Nigeria’s Eurobonds is making it impractical for the government to raise fresh dollar debt, effectively shutting Africa’s second largest oil producer out of the international capital market.

The country’s latest $1.25 billion bond, which is due in 2029 and was issued at a yield of 8.375 percent barely four months ago in March, now has a yield of 13.57 percent. That’s as of Tuesday, according to Bloomberg data.

The bond is also trading at a discount of 22.5 percent, given that the price has fallen from 100 cents to 77.5 cents to a dollar. This implies that an investor who bought the bond when it was issued has lost 22.5 percent of their money.

Only Tunisia, El-Salvador, Pakistan, Ethiopia, Ghana, Honduras and Kenya Eurobonds have sold off at a faster clip among peer countries this year.

“We are effectively locked out of the Eurobond market for new issues,” a source familiar with the matter said. “If we must issue, it will be priced at 12 to 14 percent interest, (that’s) junk bond rates at best.”

The yields on existing bonds are usually an indicator of how much it will cost to raise a new Eurobond.

The rising yields on government Eurobonds also affects corporates, as the sovereign yield serves as a base for corporates.

This implies that if it will cost Nigeria 14 percent to issue a new Eurobond, any company that wants to raise dollar debt will now pay at least 15 percent.

Why are Nigerian bonds selling off? 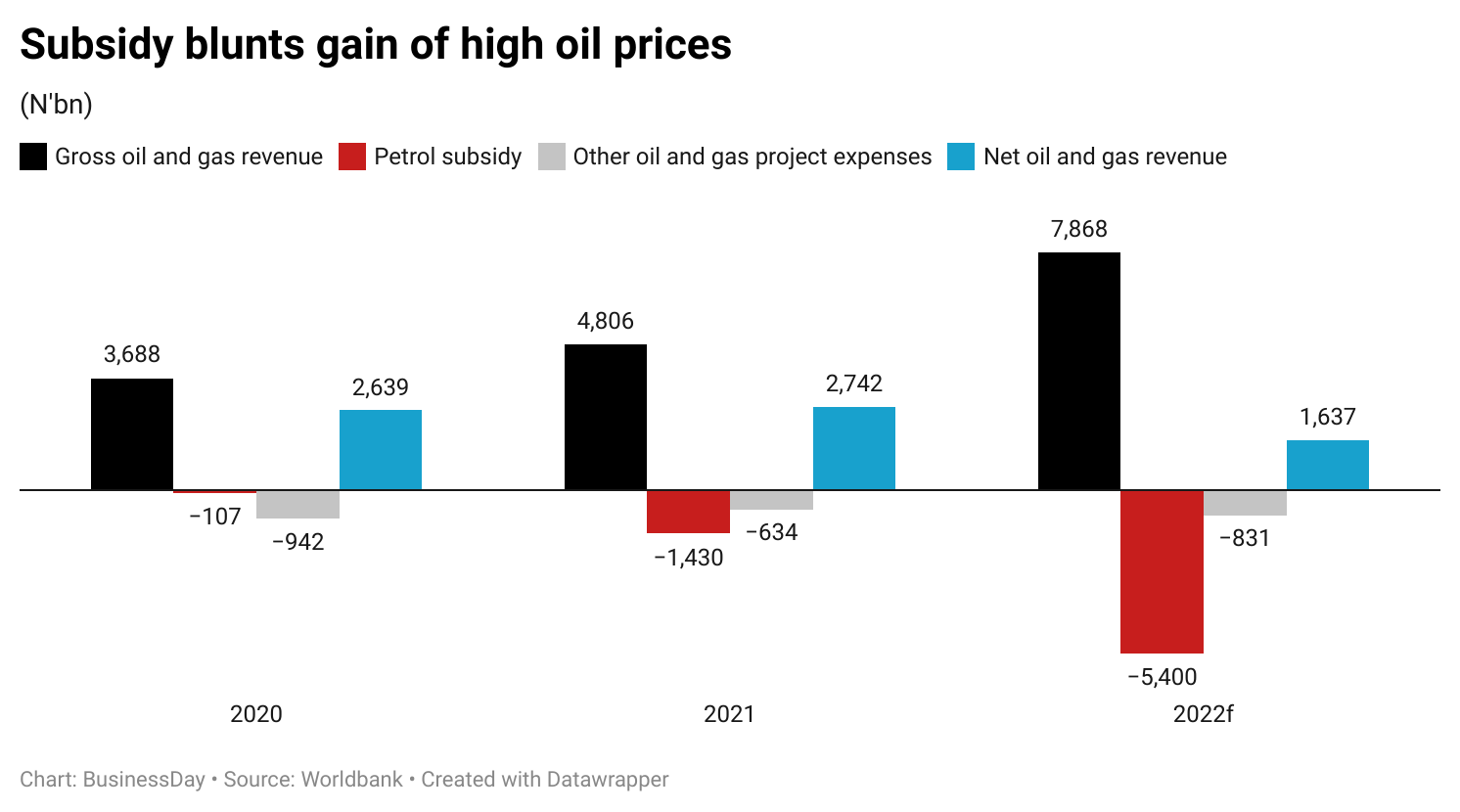 Nigeria’s fiscal woes, notably a growing petrol subsidy bill and lower oil production, which have blunted the gains of an over $100 oil price, have negatively impacted investor sentiment and triggered the bond sell-off.

The World Bank predicts the country’s oil revenues, the major source of dollar earnings, will fall in 2022 despite higher oil prices.

Nigeria recently called off plans to sell Eurobonds this year due to the fear of being priced out of a deal by investors who now treat existing Nigerian notes like junk despite a B- credit rating that is superior to that of Ghana, for instance, which is CCC+.

A junk bond like the Ghanaian bond offers higher yields than conventional bonds due to the high risk of default associated with them. Ghana, which has a debt to GDP ratio of over 80 percent, obtained the junk status due to liquidity challenges.

“I was considering buying the dip in April, when the price of a particular Nigerian bond had collapsed to 80 cents per dollar because the sell-off looked excessive for a country that has never defaulted and has a debt to GDP ratio of 40 percent,” one investor said.

“I hesitated; now I feel I dodged a bullet, going by today’s price and it’s unclear when a rebound will happen, with next year’s elections adding another layer of risk,” the investor said.

Implication of not being able to sell Eurobond

For Nigeria, which has binged on debt since a collapse in oil prices in 2016, being shut out of the international capital market could prove very costly. The country’s debt stock has more than tripled from N12 trillion at the beginning of 2016 to N40 trillion at the end of 2021.

The external debt component has gone from $10 billion to $38 billion in that period, with Eurobonds accounting for 37 percent at $14 billion at the end of 2021, according to data from the Debt Management Office.

Nigeria has also often tapped the Eurobond market to ease frequent dollar crunch in the economy, and an inability to do that now would mean a weaker exchange rate and higher inflation.

The country may have to resort to tapping the International Monetary Fund (IMF) to fill the gap that will arise from an inability to tap the international capital market until conditions improve.

Some analysts are, however, of the view that the conditions that come with an IMF loan may prevent Nigeria from tapping the Washington-based lender, especially with the upcoming elections.