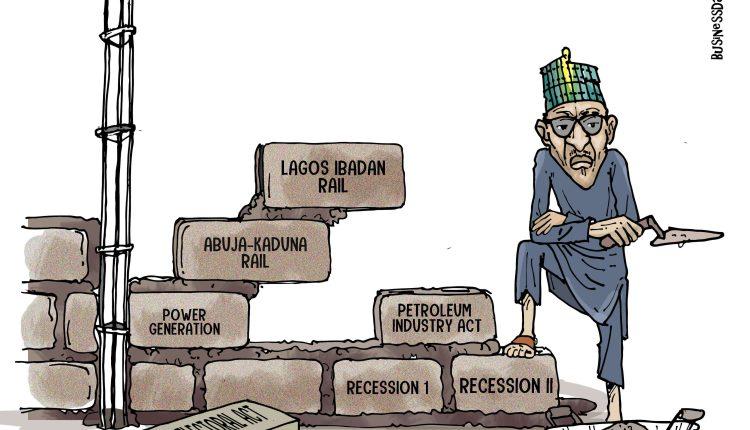 The Nigerian Economic Summit Group (NESG), a private sector think-tank, has urged President Muhammadu Buhari to use his remaining time in office to save an economy on the brink of collapse and lay a lasting legacy for himself.

Deepening poverty, rising insecurity and economic mismanagement threaten to snuff out the lone gain of the passage of the Electoral Act and define the legacy of Buhari who has 10 months before the curtains draw on his eight-year stint in charge of Africa’s largest economy.

The NESG’s board of directors, who believe the President can still turn the tide around in such a short time, identified key reforms, from the removal of a controversial petrol subsidy to the harmonisation of the country’s multiple exchange rates that can be undertaken or set in process.

“We urge the Federal Government to explore a systematic subsidy removal programme that cushions the impact on our most vulnerable population through a well-coordinated and effectively transmitted social protection regime,” the NESG said in a statement by its chairman, Asue Ighodalo.

The petrol subsidy, which will set the government back by N4 trillion this year, a quarter of total spending for 2022, has been widely criticised by economists for being a drain to the earnings of a cash-strapped government.

The government has stuck to the practice out of fear of backlash from ordinary Nigerians at a time when there’s a gaping trust deficit between the government and the people.

The NESG also decried the country’s lack of a single exchange rate, saying it has robbed the economy of badly-needed foreign investment.

“The failure to address the current prevailing condition of multiple exchange rates continues to reduce the much-needed flow of foreign investments and official diaspora remittances,” the group said.

“Multiple foreign exchange (FX) markets with significant price differentials create room for speculation, round-tripping, cronyism, and outright graft – with an attendant adverse effect on the economy. There is no better time to harmonise the FX rates than now,” the NESG added.

The International Monetary Fund, the World Bank and a host of economists have all called out the practice for being a barrier to foreign investment inflow and leading to a dearth of dollars which has caused inflation to spiral in the import-dependent country.

While the Central Bank of Nigeria (CBN) has adopted a fixed peg, which ensures the naira is relatively stable at the official market, the currency has fluctuated sharply in the parallel market where the bulk of businesses from manufacturers to airlines access dollars.

The parallel market premium jumped to around 70 percent two weeks ago with the exchange rate crashing to a record low of N710 per USD at the parallel market while remaining relatively stable at N416 in the official market, according to the CBN data.

The naira has since appreciated, strengthening to about 660 per dollar, but cracks remain as dollar supply remains constrained.

Another area in need of urgent reform is the food value chain, where lapses have been exposed by the Russia-Ukraine war.

Urgent action is also required to ensure food self-sufficiency by prioritising critical value chains and supporting private sector-led interventions to curtail a food crisis and build a vibrant and sustainable food ecosystem based on consistent incentives and sanctions, according to the NESG.

Food prices are on the rise in Nigeria, hitting 20.6 percent in June. This is partly due to the supply chain bottlenecks created by the Russia-Ukraine war and the lingering effects of COVID-19.

Nigeria’s rising food cost is made worse by “unchecked insecurity and inadequate efforts to mitigate the impact of climate change – specifically the severe droughts and floods affecting our farming communities”, the NESG said.

“In addition, the unstable micro and macro-economic environment and poor infrastructure has further restricted local efforts to drive value addition and processing,” it added.

The group also decried the rising spate of insecurity in the country and urged Buhari, a retired general, to lead from the front in addressing the situation.

“We must devise a pragmatic national security strategy that unconditionally guarantees the safety of lives and properties within the country,” the NESG said.

Despite increased budgetary allocation to defence and national security, insecurity has worsened and is spreading across the country.

Rising insecurity has increased food costs as farmers avoid the farms while investor confidence has taken a hit.

Another reform recommended by the NESG is for the lingering strike by the Academic Staff Union of Universities, which has resulted in the closure of universities for about six months, to be swiftly resolved.

“In order to signal the Government’s commitment to a speedy resolution, we now need direct and strong presidential leadership in the discussions and negotiations to get our students back to school,” the group said.

The group even went further to offer to support the government’s efforts towards developing sustainable governance and funding strategies for tertiary education.