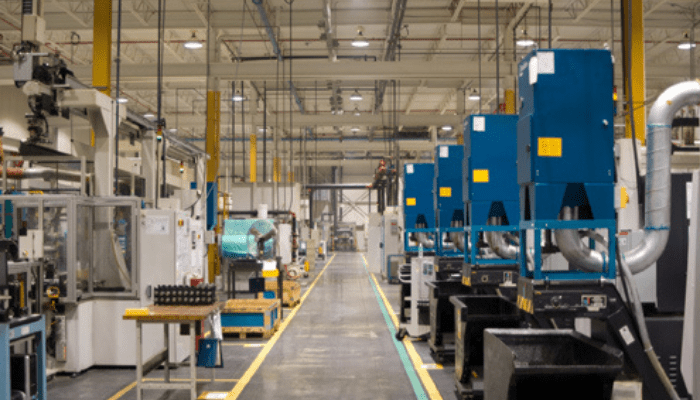 Despite the economic headwinds in Africa’s biggest economy, investments in the manufacturing sector rose by 23.7 percent in the first half (H1) of 2022, new data from the Manufacturers Association of Nigeria have shown.

According to the association’s H1 economic review report released on Friday, investments in the sector rose to N178.4 billion in H1 from N144.1 billion in the corresponding period of 2021.

“Although statistics show that investment increased in the period, this was due to inflationary effect as investment was grossly affected by shortage of foreign exchange and limited funding in the period under review,” said Segun Ajayi-Kadir, director-general of MAN.

“The increase has adverse consequences on the needed private sector investment in the development of solid minerals in the country,” he said.

Inflation in Africa’s most populous nation has consistently been on the rise since the beginning of this year owing largely to the fallout of the Russia-Ukraine war. In October, it surged to the highest level in 17 years at 21.09 percent from 20.77 percent in the previous month, according to the National Bureau of Statistics (NBS).

The high inflationary pressures also increased the cost of inputs like diesel and foreign exchange, causing the manufacturing sector to contract in the third quarter of this year for the first time since Q4 2020.

Ajayi-Kadir said the negative growth of the sector’s GDP sends a strong signal to potential investors in the sector.

“The impending result is negative investors’ sentiments and pessimism against provision of critical raw materials, technology and technical know-how required to promote the industry,” he said.

The MAN report said factory output value in the sector increased to N4.0 trillion in H1 2022 from N3.7 trillion in the same period of 2021, indicating 9.0 percent increase over the period.

“Production was strongly hampered by lack of foreign exchange for importation of raw materials that are not available in the country in all the sectoral groups, safe for the Food sub-sector which has undergone a significant level of backward integration,” it said.

The marginal increase in jobs created in the sector in the period under review was due to positive and continuous adjustments in manufacturing activities to accommodate the current economic hardship and sustain production by manufacturers, MAN said.

It said: “Local raw materials utilisation steepened to 52 percent (year-on-year) in the first half of 2022 down from 53 percent of corresponding half in 2021; thus, indicating 1 percentage point decline over the period.

“However, it increased by 2 percentage points (half-on-half) when compared with 50 percent recorded in the second half of 2021.”

Ajayi-Kadir said the current performance of the sector suggests that it is not ‘Uhuru’ and emphasised the need for a more proactive, broad and sector focused measures to addressing both the recent challenges thrown up by the crisis.

He recommended that the government should improve the level of foreign exchange allocation to the productive sector including manufacturing leveraging on the high and sustained crude oil prices in the international market.

“Carry out further investment in the electricity value chain and commit to adding 10000MW to the current electricity distributed in the country; embrace and support significant development of energy mix and renewable: the country has huge potentials for solar and wind,” he said.