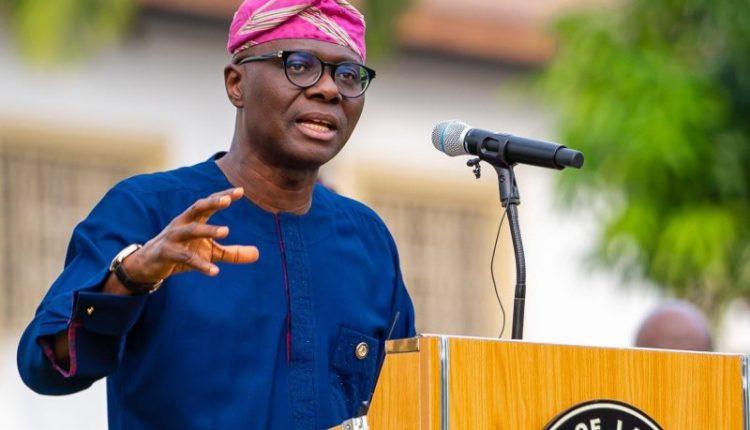 Lagos State government has set the process of re-opening its economy in motion, with the rollout of register-to-open guidelines.

Governor Babajide Sanwo-Olu said the state government daily battles the reality of balancing reactivation of economic activities and the continuation of the State’s response to contain the Coronavirus (COVID-19) pandemic.

The governor said the battle to stop the ravaging virus in Lagos had subjected the state to a delicate situation of having to manage hunger resulting from weeks of slowdown in economic activities and also the movement of consumer goods to keep the economy afloat.

According to him, the four-page register-to-open guidelines were the major part of the measures initiated to achieve phased re-opening of the State economy, adding that government had offered incentives that will affect its internally generated revenue (IGR) in order to prevent job loss in critical industries that provide employment for a large number of labour.

Sanwo-Olu spoke on Friday at a webinar organised by First Securities Discount House (FSDH) Group, with the theme: “a global pandemic: local realities and peculiarities – a view from the frontlines”.

The governor was a panelist in the online discussion that also featured governors of Kaduna and Edo States, Nasir el-Rufa’i and Godwin Obaseki.

The webinar had about 1,200 people who participated from across the globe.

Sanwo-Olu said the state government remained committed to tackling COVID-19 and breaking the cycle of its transmission, but added that there was need to address hunger and job loss that could arise from prolonged lockdown of the economy.

He said: “We have been caught in a very delicate situation between managing COVID-19 on one hand and managing hunger and sustaining an economy that is not only depended on commercial activities in Lagos alone, but also other States across the federation. We have had weeks of engagement with players in fast-moving consumer goods sector and part of the measures we are taking is that, we are giving them additional clearance to work for longer hours.

“Besides, we initiated what we called Register-to-Open, which is a thorough guideline to help the residents ahead of the full re-opening. Some of the things we will be seeing in the four-page guideline is, how we want to manage space at various places of business and what numbers of personnel and clients we expect at a given period, which must be based on the sizes of the facilities. As we prepared for this phased re-opening, we are giving priority to sectors that have higher number of labour.”

He, however, maintained that the re-opening would not be done in haste, but said construction and manufacturing sectors would be accorded high priority for full re-opening, given the large number of employment they generate. He added that entertainment, hospitality and aviation industries would be considered in the second phase of intervention.

Sanwo-Olu said the weeks of inertia in the economy also had significant impact on Micro, Small and Medium Enterprises (MSMEs), stressing that millions of small-scale businesses operating in the State could completely fold up if the economy is not fully reactivated.

In addition to granting three-month moratorium to MSMEs that applied for loan facilities at the Lagos State Employment Trust Funds (LSETF), Sanwo-Olu said the State Government had started to compile data of registered MSMEs in the State for operational support that would cushion the effect of economic slowdown on their businesses.

“The other part of our intervention is our conversation with big corporations in various sectors on the requirements they may want from us to ensure that they do not retrench their staff in this emergency period. This conversation is very important. The companies have given us a retinue of incentives they want us to give and these are the things that will affect the State’s Internally Generated Revenue (IGR). We are willing to make this sacrifice to prevent loss of livelihood for millions of our citizens,” he said.

In the course of the lockdown, Sanwo-Olu said the state government provided palliatives for over 800,000 households, pointing out that there was need to bring succour to residents that live on daily wage.

The governor added that people must trust the Government on the management of the coronavirus and data being churned out.

Answering a question on the biggest consequence which COVID-19 had on State economy, Sanwo-Olu said: “Lagos has been affected both on the healthcare and economy sides. We have had to take a deep dive into our budget and have about 25 per cent cut, which is not very good number for us. This is the time we need to continue to spend to stave off pressure on our citizens. However, we need to be prudent at this time and cut unimportant expenditures. Salary is one thing we cannot even touch.

“In terms of direct economy, entertainment industry, hospitality, land transportation and aviation businesses have been affected significantly. These sectors are large employers of labour. We are thinking through on how to reset these sectors in a graduated manner and bring back the economy on the full swing.”