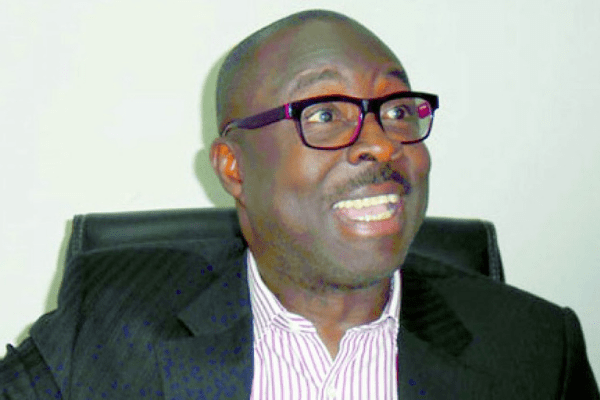 After four months of waiting, the investing public can finally put a face and a name to the person who would be in charge of negotiating investment and trade deals on behalf of the country.

That is after Nigeria’s president Muhammadu Buhari, unveiled Otunba Adeniyi Adebayo to head the Minister for Industry, Trade and Investment for a four year, an office previously held by Okechukwu Enelamah. The 76-year old president also assigned 43 others, to head other agencies in the country.

However, like other critical agencies such as the Finance Ministry, the ministry for Industry, trade and investment is an agency that is very critical at a time when Africa’s largest economy is in need of foreign investments to create jobs, reduce poverty, close income inequality gaps and achieve inclusive growth in an economy still healing from a recession that occurred in 2016.

Investors’ confidence came cold after an acute dollar shortage that happened from the fallout of the recession, intensify capital out flows and made investors fly to other markets for safety.

Since that time, foreign investments into the country started to fall, touching its lowest levels in 2018, according to data tracked by the United Nations Conference for Trade and Development (UNCTAD) dropped.

As if that was not enough, a metrics with which foreign investors use as a gauge in making investment decision, known as the World Bank ease of doing business appeared not to be encouraging.

In the report, the Washington based lender ranked Nigeria almost below the ladder at the 146th spot out of 189 countries.

The lender in the report expressed investors’ worries over several bottlenecks that have been hurting the growth of businesses in the country ranging from registration of property, sticking to contracts, and electricity among others.

“If the new ministers can at least show prowess in addressing many of these bottle necks, the country will definitely be at the forefront in attracting investments,” Muda Yusuf, Director General, of Lagos Chamber of Commerce, said on phone.

Nigeria is Africa’s largest and most populous nation with a gross domestic product that is almost 10 times as much as Ghana, its West African neighbour.

It is expected that with its growing population alongside its vast economic minerals and land mass, investments should be at its beck and call. However, that has failed to be the case.

In 2018, Ghana for the first time overtook Nigeria, to attract the largest investment deals in West Africa, UNCTAD reported.

Data from the National Bureau of Statistics show that investment into the country dropped 53.5 percent in 2015 to $9.8 billion from $20.7 billion in 2014. At the thick of the recession in 2016, the figure reached its lowest levels at $5.1 billion not until the country exited recession in 2017, that investors started building up interest into investing in the country. In 2017, foreign investment picked up at $12 billion and went further to $17 billion in 2018.

“Nigeria is faced with liquidity challenge and unless the government rolls out far- reaching policies that would attract investments, the country would remain cash-strapped and not generate the needed revenue to achieve inclusive growth,” Ayo Terriba, CEO of Economic associates said.

Adebayo is a 61- year old Nigerian politician and traditional aristocrat. He was a former governor of Ekiti State and a son to the late military governor of the defunct western region, Maj. Gen, Adeyinka Adebayo (retd).

He has extensive experience in a wide range of disputes, legal and advisory work. His more notable achievements have been in the areas of project finance, oil and gas, contract procurement and business facilitation. He is a member of Nigerian Bar Association (NBA) and the International Bar Association (IBA)

Industry experts who spoke to Businessday outlined sseveral bottlenecks limiting growth of investments and expects that given Niyi’s vast experience in contracts and legal disputes, he would resolve several of such investment constraint.

Investors willing to invest in Africa’s most populous country have expressed concerns over the stringent procedures, cost and time it takes to acquire properties in the country.

The World Bank raised red flag in its report scoring Nigeria as low as 28.89 percent in registering property. The bank also rated Nigeria low in terms of the cost, quality and the timing of getting ones property registered.

The epileptic electricity supply witnessed in the country was named among some of the bottlenecks that are making investors look to other markets.

In 2017 alone, manufacturing companies in Nigeria spent as much as N117.38 billion in fuelling their plants to run daily operations, according to data from the Manufacturers Association of Nigeria (MAN).

These have made many of them shut down operations or produce below capacity. Nigeria had a score of 42.6, below the threshold in terms of companies getting access to constant power.

“Nigeria needs to fix the problem of electricity if at all it wants to make head way in attracting investments,” Muda Yusuf, director general, Lagos Chamber of Commerce and Industry, told Businessday.

Since 2016, Nigeria has held on to a multiple exchange rate system where the investors of get dollars at a weaker rate and the CBN official window where mainly selected importers including marketers of petrol products gets the dollar traded at a stronger values.

The move then according to the Central bank was aimed cushioning the effect of a dollar shortage as foreign investors dump the naira to flee to other markets.

Even though the situation appears to have eased, the country has taken stance in defending the Naira by keeping multiple windows. The CBN however claims that the country has a single exchange rate which is

According to the IMF, the aforementioned are some of the many hurting investors from the international community from pumping in huge investment into Nigeria