The journey to true fiscal federalism in Nigeria took a bold leap last month after a Federal High Court in Port Harcourt ruled that the Federal Inland Revenue Service (FIRS) should not be responsible for collecting VAT in Rivers State.

The Port Harcourt ruling came at a time when states had been clamouring for more resource control in a bid to have more economic control over their affairs as Abuja faces dwindling revenue and higher debt service ratios.

Data compiled by BusinessDay show why states must wake up, challenge the status quo and the government on true fiscal federalism.

An Annual States Viability Index (ASVI) sourced from the National Bureau of Statistics (NBS) comparing the IGR of each state with its Federation Account Allocations (FAA) shows that eight states have a poor IGR of less than 10 percent. 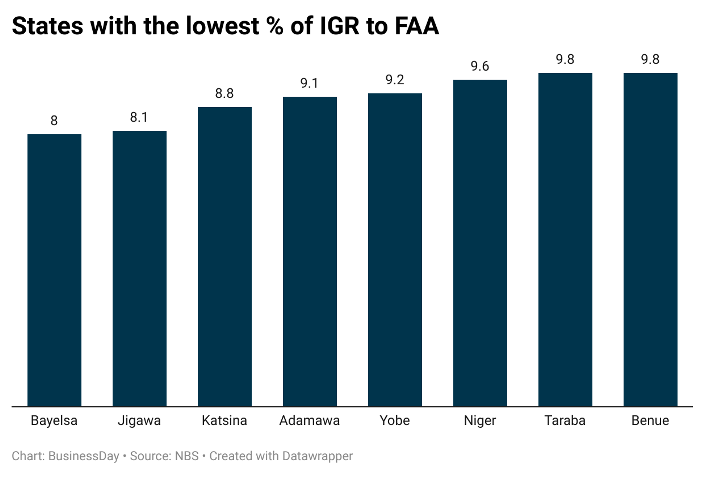 Read Also: Here are the top five states with the highest foreign investment in 2017

For instance, Bayelsa State received a combined total of N152 billion from the Federation Account Allocation (FAA) in 2020, however the state was only able to generate an IGR of N12 billion, which means the state generated 8 percent of total amount received from the federation account.

What this simply means is that Bayelsa with its oil-production advantage cannot survive without the federal allocation.

Data compiled by BusinessDay also show IGR of Lagos State of N418 billion is higher than that of 22 other states put together whose IGR are extremely low and poor compared with their allocations from the Federation Account.

Lagos remained steadfast in its number one position in IGR among the states with a total revenue generation of N418 billion compared with Federal Allocation of N115.93 billion, which translated to 139 percent in the 12 months of 2020. 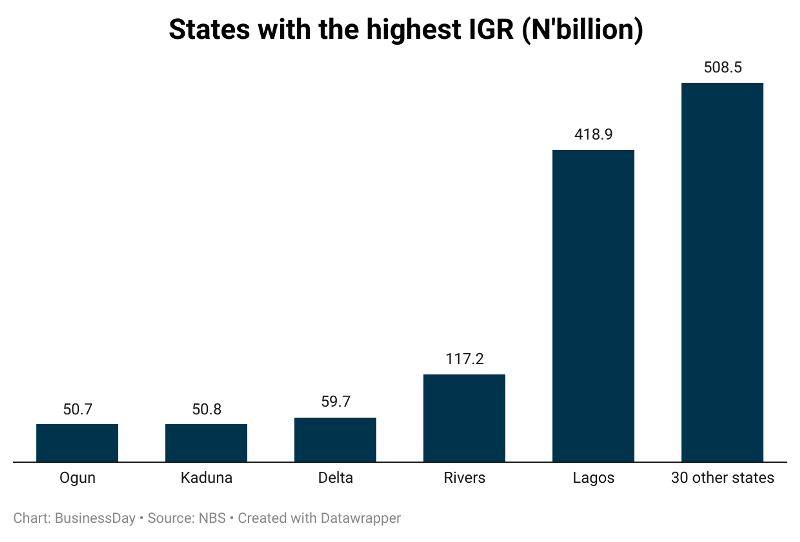 The total IGR of the six most viable states in 2020 at N695 billion was more than the entire IGR collected by the remaining 30 states put together, which was less than N508.5 billion. 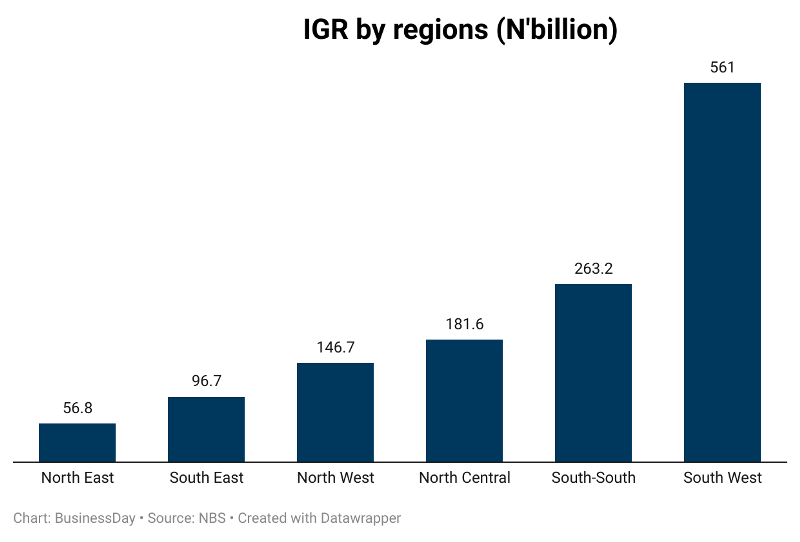 Most analysts say the reason for the skewed and uneven economic distribution is because of the low level of commercial activities in the Northern part of the region unlike other regions.

Late last year, Boko Haram terrorists invaded farmlands in a village in Borno State and massacred over 67 farmers. In many other parts of the North, activities of bandits and terrorists have scared farmers out of their farms.

Efforts by BusinessDay to track the latest data of how much VAT was distributed and generated by states proved abortive due to lack of public data. However, Rivers State governor, Nyesom Wike, shared some insights on how VAT was distributed for the month of June, a situation that reflect the current discordant tunes over resource allocation. 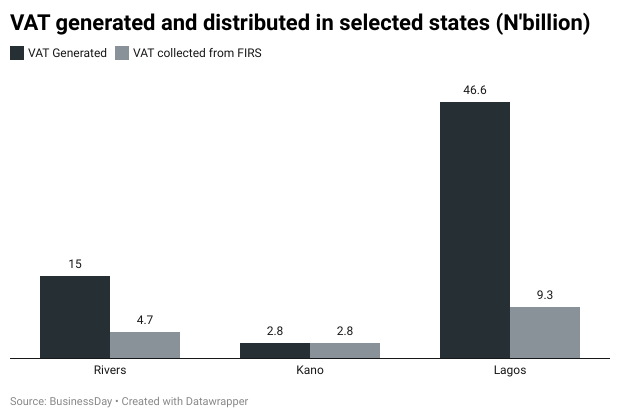 The governor also said N46.4 billion was collected from Lagos State in the same month but the Federal Government gave Lagos N9.3 billion.

Nollywood produces most movies in 5yrs but piracy limits profit