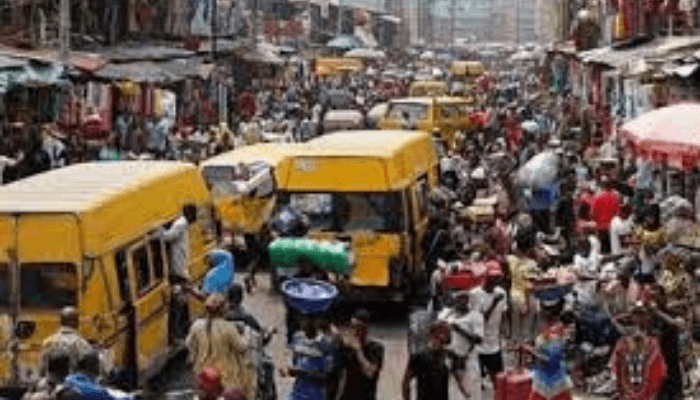 Global oil prices could rise as high as $150 a barrel if the tension between Russia and Ukraine worsens, a development that has huge implications for Nigeria, Africa’s biggest oil-producing country.

Brent, the gauge of Nigeria’s crude oil, has been marching upward for months as exporting countries like Libya have struggled with production problems and demand has rapidly recovered after two years of tumbling due to the COVID-19 pandemic.

But all of that pales in comparison with what could happen if the historic tensions between Russia and Ukraine escalate to a war in Eastern Europe and potential Western sanctions on Russia curtail that country’s production, analysts said.

JPMorgan said earlier this week that Brent could “easily” reach $150 per barrel if Russia invaded Ukraine and the U.S. and other nations sanctioned Russia’s oil and natural gas exports.

The price spike of which JPMorgan is warning would likely come as a result of disrupted oil flows from Russia should the U.S. sanctions it for hostile activities in Ukraine.

The warning may seem, at first glance, like a bold or even reckless prediction. However, Russia remains one of the top three oil producers in the world, producing roughly 11 million barrels of crude oil per day.

Of that, approximately half is exported, the bulk of which makes its way to China.

China, however, has a history of purchasing crude oil from sanctioned nations such as Iran and Venezuela.

But even if Russian exports were just cut in half, oil prices could skyrocket to $150, JPMorgan said in a note this week.

Oil will “certainly” hit $120 a barrel and the global economy will be “radically altered” if Russia invades Ukraine, David Roche, president and global strategist at Independent Strategy predicted.

In the last few days, Moscow has denied plans to invade neighbouring Ukraine, but has moved around 130,000 soldiers, tanks, missiles, and even fresh blood supplies to the border. The Kremlin is demanding that Ukraine never be permitted to become a member of the North Atlantic Treaty Organisation (NATO) military alliance, and has also said it wants the organisation to roll back its presence in Eastern Europe.

During Russia’s two military attacks on its former Soviet neighbours – the August 2008 war in Georgia, and its February 2014 seizure of Crimea and then the Donbas region from Ukraine – oil prices were at historically elevated levels ($125 and $102.57 respectively for global benchmark Brent crude).

If Russia invades Ukraine, and the US government sanctions Russia’s oil export, it would reduce supply in the global oil market by roughly 11 million bpd, a development that will automatically lead to an increase in oil price which would lead to an improvement in Nigeria’s economy.

More than any other country, Africa’s biggest oil-producing country relies on crude oil for most of its foreign exchange and two-third of government revenue. Nigeria also needs the oil price to rise and in the worst case, remain steady at any price above its revised budget benchmark of $62 a barrel to feasibly implement its 2022 budget.

To achieve this, the country needs to avoid disruptions in crude production and also hope that the alliance under OPEC achieves its objective, even though many are yet to comply with the output cut, including Nigeria.

The most recent data from the Organisation of Petroleum Exporting Countries (OPEC) showed Nigeria’s oil production increased by 202,000 barrels per day (bpd) to 1.4 million bpd in January 2022.

Despite the recent uptick in the global energy industry, analysts say Nigeria’s addiction to an opaque subsidy scheme meant the flight of badly needed investment resulting in the failure to produce more oil to take advantage of soaring oil prices.