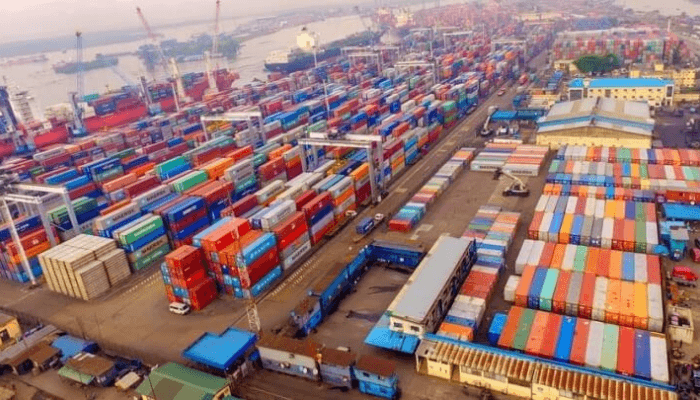 Nigeria’s Apapa Port has lost its pride of place to ports in other neighbouring West African countries of Cote d’Ivoire, Ghana, Togo, and the Benin Republic, BusinessDay findings have shown.

These countries have modernised their ports management system through investments in technology while Nigeria’s ports in Apapa still struggle to decongest the clogged access roads and terminals.

According to a West Africa Brief report, the autonomous Port of Lomé in 2017 overtook Lagos to become West Africa’s leading port with a capacity of 1.1 million twenty equivalent units of containers (TEUs).

“Thanks to modernisation and reforms that helped to triple the capacity of the Port of Lomé from 311,500 containers in 2013 to 1.1 million in 2017,” the report states.

The new status of Lome Port was triggered by the construction of the new Lomé Container Terminal (LCT) worth €225 million by China Merchants Port Holdings (CMPort) and Global Terminal Limited (GTL). By 2017, LCT was able to process 75 percent of all the cargo going through the port of Lomé, to the tune of 890,000 TEU per year.

The facility was responsible for the Lomé port achieving the status of West Africa’s biggest port and for helping the country enter the African top five of the United Nations Conference on Trade and Development (UNCTAD) ranking in terms of port connectivity.

With a depth of 16.60 meters, the Port of Lomé became the first deep-water port on the West African coast that can accommodate third-generation ships. Whereas, Nigeria’s Apapa Port in Lagos, which handled 1 million TEUs in 2017, lost 30 percent of its container traffic over five years due to chronic congestion and the poor quality of its services.

However, this is expected to change by 2022, when the much-awaited Lekki Deep Seaport with 16 meters depth comes into life.

Adesina, who spoke at the mid-term ministerial performance review retreat in Abuja recently, said Nigeria should not be decongesting the ports, rather should be transforming the ports.

“This must start with cleaning up administrative bottlenecks, most of which are unnecessary with multiple government agencies at the ports, high transaction costs or even plain extortions from illegal taxes, which do not go into the coffers of the government,” he pointed out.

While noting that the Africa Continental Free Trade Area (AfCFTA) presents a major opportunity for Nigeria, he said much would depend on Nigerian ports.

Finding shows that in 2020, Meridian Port Services (MPS), a consortium of APM Terminals, Bolloré Africa Logistics, and the Ghana Ports and Harbour Authority, successfully completed and delivered Phase 1 of the $1.5 billion investment in the Terminal 3 expansion project of Ghana’s Tema Port.

The project, which consists of a new Greenfield port outside the existing port, added 3.5 million TEUs in annual throughput capacity to Tema Port and also involved the upgrade of the adjacent road network to a modern highway to enhance the movement of cargoes in and out of the port of Tema.

Interestingly, Tema’s new port has a total of six container scanners that enables the Customs Division of Ghana Revenue Authority to automate its processes and reduce the need for manual inspection of cargoes.

Ghanaian Port, in this regard, left Nigeria behind as over 90 percent of goods that pass through Nigeria’s Port are inspected manually by Nigeria Customs Service.

In 2019, Benin Republic announced a major modernisation project worth €450 million for the Port Autonome du Cotonou. This was aimed at making the port more competitive and efficient in meeting the needs of the 21st Century trade demands.

The investment was to transform Port of Cotonou, reduce long waiting times and take advantage of its geographical position to remain a transit point for the Nigerian giant market of 190 million and the Niger Republic.

On the other hand, the Port Autonome d’Abidjan (PAA) recently embarked on a vast modernisation of its facilities covering the 2018-21 periods, expected to cost a total of $2 billion. This includes building a second terminal to double the current capacity of the port to 2.8 million TEUs per year.

The terminal, priced at $496.3 million and originally slated for completion in 2020, is to be operated by Maersk-owned APM Terminals, and French companies Bolloré and Bouygues.

Abidjan Port, Lome Port, and Tema Port can accommodate larger vessels because they are deeper and more extensive, while Nigeria’s Apapa Port has 13.5 depths.

In Nigeria today, investment in port upgrades has slowed 15 years after the port was concession to private operators. There has also been protracted delay in Customs clearing due to the use of manual processes. This has also resulted in a drop in the volume of imports as Apapa Port received 632,148 TEUs of container in 2020 compared with 668,672 TEUs received in 2019.

In terms of cargo evacuation, Abidjan is connected to Burkina Faso by railway; Togo has a fairly extensive inland rail network while Nigeria is struggling to connect its standard gauge line to the Apapa Port.

The high cost of doing business caused by avoidable systematic delays is one of the major factors limiting the competitiveness of Nigeria’s port compared with its West African peers.

On his part, Adesina said ports were not there for revenue generation but to facilitate business, exports, stimulate industrial manufacturing, and competitiveness of local businesses and exports.

He was of the view that Nigeria can learn from Morocco’s world-class Tangier-Med port, which is an industrial port complex with over 1,100 companies that collectively exported over €8billion worth of goods in 2020.

“Companies located at the Tangier-Med port have allowed Morocco to move up the global value chains, including automobiles, automotive parts, aeronautics, agriculture and food manufacturing, textiles, and logistics. Annually, over 460,000 cars are manufactured in the zone for exports. And more interesting is that the bulk of the human resources to do these are Moroccans,” Adesina explained.

Continuing, he said: “I took a walk at the Tangier-Med Port. I actually thought they were on vacation, as I did not see people – just machines, haulers, automated systems moving containers in what looked like a well-synchronised maze, with incredible efficiency. There were no kilometres of trucks waiting to get to the port.”

This is contrary to Nigeria’s Port where Customs Licensed Agents and other middlemen flood the ports to physically do business due to lack of automation.

For Nigeria’s ports to compete with peers, pundits believe that there is a need to reduce the number of parties involved in cargo clearing, and to deploy more technology to achieve paperless processes, especially on the part of Customs.

Number of Nigerian nurses in UK up 25% in six months