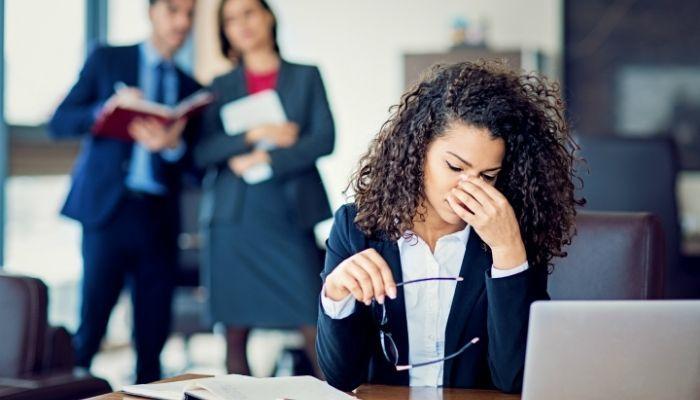 Human resource professionals have said that reorientating employees on the values, goals, and culture of an organization can help reduce and eliminate entitlement syndrome (a sense of deservingness or being owed a favour) in the workplace.

They said this at the maiden Africa HR roundtable on Wednesday, themed ‘Entitlement Syndrome in the Workplace – Bane of Africa’s Development’.

The event aimed to identify what entitlement syndrome was, how it affects Africa, and to help HR practitioners better manage the process of identifying and eliminating the syndrome.

“We shall also be coming up with a white paper on the subject, which we hope to present to the government to ensure that the syndrome is stamped out of our workspace,” said Efe Ihegie, managing director of Greensage Business Consult.

Speaking on the reorientation of employees, Tunde Olagunju, HR manager at Greensprings School, said Nigeria can take lessons from Japan.

“It is one of the few countries in the world that actually have in their curriculum, on how to manage failure. They teach their pupils and students that failure is not the opposite of success but actually a component of success,” Olagunju said.

He said that this helps to prevent them from developing an entitlement mentality because they now know that they must earn it.

“So, until employees begin to approach it from what they think is their right, rather than from the place of value creation, they will continue to struggle with the syndrome.”

“You need to have structures on what you are orienting them on. It must also be documented. You cannot just talk and have no documentation for people to refer to from time to time,” Oshogwemoh said.

She also said that employers should carry people along and have entitlement syndrome champions – “people who can check themselves to know whether they are developing it or not.”

According to psychologists, entitlement is a narcissistic personality trait and it is developed by social factors such as the environment where people grew up, the way parents treated them, whether adults solved their problems for them and how they are treated by authority figures.

“People don’t necessarily acquire it from the workplace but from the society that has conditioned them,” said Olagunju. “And when they bring it to the workplace, it becomes a problem.”

According to Oshogwemoh, the syndrome is causing the great resignation that is currently happening in the country and the world at large.

“People feel that companies don’t want to pay them based on their perceived worth, but most times that is not true. If you look at the companies’ performance and their actual value, you will understand why they can’t increase salaries,” she said.

“It can hinder or affect those investments that have been put in the training and up-scaling staff as an organisation or people as a nation. So, this conversation is timely because it is a big deal,” said Popoola.