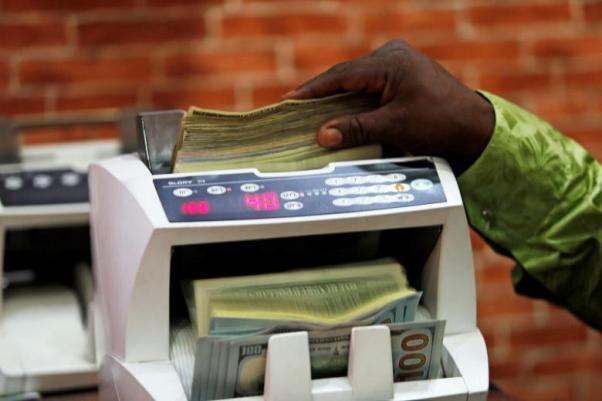 Nigeria’s foreign exchange shortage, which has blocked foreign investors from repatriating funds and forced the Central Bank of Nigeria (CBN) to resort to demand management strategies last seen in 2016, has become a deterrent to fresh foreign capital inflows, according to financial advisory and brokerage firm, EFG Hermes Nigeria.

Hammered by the fall in oil prices, its major earner of dollars, Nigeria has struggled to meet the dollar demand of investors and importers, leading to a backlog that is frustrating investors and manufacturers.

The fx shortage has also made Nigeria less attractive in the eyes of prospective investors and monetary authorities in Nigeria need to act swiftly to aid trapped investors seeking to repatriate their funds out of the country, so that new inflows may come in, according to Ali Khalpey, CEO of EFG Hermes.

“Liberalisation policies need to be accelerated, you can’t trap people in markets because once they are able to get out, they won’t come back again,” Khalpey said during the firm’s first-ever virtual conference.

“Once you cannot take money out, you cannot put money in, so the authorities should help companies facilitate the repatriation of funds,” Khalpey added.

Unifying its multiple exchange rates is a place to start for the CBN in unlocking foreign capital that can help ease the illiquidity in the foreign exchange market.

The CBN governor, Godwin Emefiele, has assured investors of the country’s plans to achieve a convergence of the multiple rates around the Investors and Exporters rate.

Although the apex bank seems to be making progress in unifying the multiple rates after weakening the official rate to N360/$ from N306/$ in March and devaluing the currency by 5 percent during a special market intervention last week, the snail-paced movement in unifying the rates has left investors uninspired.

“There is a lot of uncertainty as regards consumption due to the huge gap in the exchange rate,” said Kato Mukuru, head of Frontier Research at EFG Hermes.

“People are not going to spend money when they are not sure about price stability because the exchange rate is key to everything,” Mukuru said during the virtual conference. “Once the market gets clarity, things will change,” Mukuru, who puts the fair value of the naira at N420/$1 said.

As NBC buries itself deeper aground