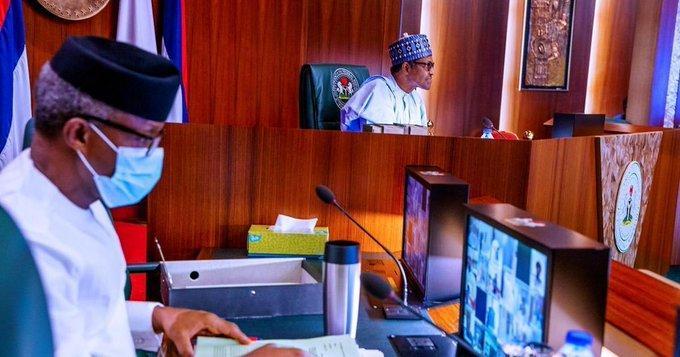 Share
The federal government on Wednesday approved the variation of 16 contracts by N3.975b on the backdrop of rising inflation.
The Minister of Works and Housing, Babatunde Fasola, while briefing State House Correspondents, after the 12th Virtual meeting of the Federal Executive Council, presided over by President Muhammadu Buhari, said FEC granted the Ministry’s requests for augmentation for existing projects awarded about 10 years ago.
The 16 contracts were awarded in 2011, including federal secretariat projects in Anambra, Bayelsa, Nasarawa, Osun, and Zamfara states.
The variation, he said was for N3.975 billion total for all the five, adding that “Different contractors handle them, but each one wanted a variation and the total sum of variation came to N3.975 billion, and we sought Council’s approval and the approval was granted, so the old contract price of N13,565,621,307 has now been increased to N17,541,456,168.”
“These secretariats are necessary to enable us to house federal workers in these states.
“The problem arose from the creation of new states, in assets sharing some of the old states took the whole secretariats, so our staff in those states, across all federal ministries, are either in rented official premises for their work or squatting in state government premises.
The staff of the ministry, including controllers of Works in all the 36 states; Controllers for Housing and other cadres had worked from rented offices
“What was approved today is N3.9 billion, not N17 billion. N17 billion is the total cost of the projects. These projects started since 2011 and many of them have reached completion, like Gombe State. Some are in various stages of completion, money has been paid to a certain level. So all that has been approved today was the variation of N3.9 billion, not N17 billion
This is just as FEC also approved the rehabilitation of Lower Usuma Dam Water Treatment Plant Phase Two at the sum of N1,510,206,066.
The contract was originally awarded at the cost of N1,017,979,566, but FEC on Wednesday approved the additional sum of N1,510,206,066 to bring the total contract sum to N2,528,187,633.
The contract which was awarded to Cupero Nigeria Ltd and with a completion period of 12 months, is seen as a relief for the 7 million residents of the FCT, as about 80% currently live without good water and sanitation, especially within the FTC area councils
The Minister of FCT, Mohammed Bello said the scope of work entails general rehabilitation, repairs of and replacement of electro-mechanical components and laboratory restoration, rehabilitation of chemical and chlorine buildings, and general civil engineering work.
“As you know, the water treatment plant is a very important infrastructure project”
“The contact is to rehabilitate that Treatment Plant which has been in operation for about 30 years. And it fills into Mr. President’s agenda of providing needed infrastructure and rehabilitating already existing infrastructure.
“By the time it is done, the Water Treatment Plant will continue to provide service to residents of Federal Capital city of Abuja for maybe another 30 years to come.
The project is expected to give relief when completed, as most residents rely solely on self-water supply from free sources, such as rivers, perennial streams, water ponds, and unprotected wells which is susceptible to water-borne diseases.
The absence of good water, apart from being responsible for diseases, also forces households especially the women and children to walk longer distances, especially during the dry season, in search of water for domestic use.
Share