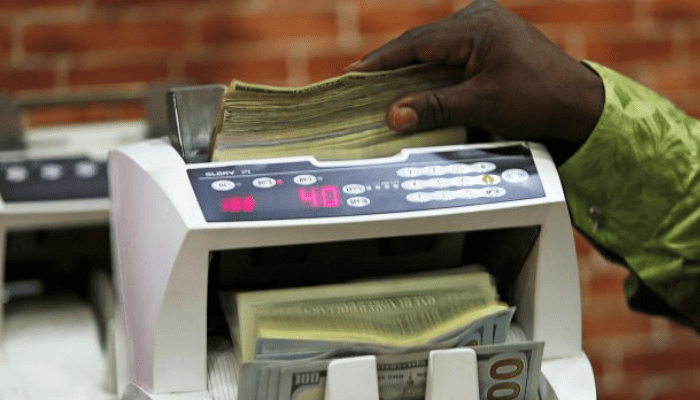 The naira, Nigeria’s currency has persistently depreciated at the parallel market popularly called black market or ‘Aboki’, falling to as low as average of N654 per dollar on Friday, July 22, 2022 following increased demand due to supply shortage on the official market, BusinessDay findings show.

Black market has gained more popularity up to the point of overshadowing the official foreign exchange market, a currency dealer said.

Black market operators are Nigerians who make a living through money exchange outside the purview of the regulator –the Central Bank of Nigeria (CBN). They speculate and profit from the premium between official and unofficial markets.

Godwin Emefiele, the governor of the CBN, described the parallel market as “a tainted market in Nigeria, where people desire to deal in illegal foreign exchange transactions including sourcing of FX cash for purposes of offering bribes, corruption. That is where they deal.”

Uche Uwaleke, professor of Capital Market and president of Association of Capital Market Academics of Nigeria, said the parallel or black market for foreign currencies is part of a country’s underground economy.

“The parallel market is global and provides FX for those unable to access FX. However, due to the shortage of FX supply at the official window, the spread between the official and parallel market has continued to widen,” Ayodeji Ebo, managing director/CBO, Optimus by Afrinvest, said.

How did they emerge and why do they thrive?

“The emergence of the parallel forex market in Nigeria can be traced back to the foreign exchange crisis of 1982 which led to the introduction of comprehensive exchange controls. Because the rules set rates and allocated foreign exchange in a non-market reflective manner, the parallel forex market naturally emerged to address the imbalance,” said Taiwo Oyedele, head of tax and corporate advisory services at PwC.

Unfortunately, he said those factors still exist today such as the restriction of certain items from accessing forex in the official market hence the existence of the parallel market to bridge the gap. If these issues are addressed, then the exchange rates will converge even if the parallel market continues to exist as was the case for some years before the oil price induced recession of 2016. At that time, the parallel market rate was marginally higher than the official rate only as a premium for people who would rather avoid the documentation requirements and scrutiny of the official market. This is the reason why countries that allow market forces to allocate forex and determine rates without stringent foreign exchange control rules have no parallel markets.

“In some cases what you would then have is a black market rather than a parallel market essentially for people involved in illicit transactions who want to avoid government oversight,” Oyedele said.

Uwaleke said they usually thrive in economies where the forex market is not completely liberalized. That is, where the exchange rate is not fully determined by market forces.

In the case of Nigeria, he said the CBN is the major player (supplier) given that over 90 percent of the country’s forex earnings come from crude oil. Expectedly, the CBN controls the amount of forex supplied to the official market which is a function of the size of external reserves.

Those in need of a small amount of forex may find accessing such funds from banks and even BDCs (the official windows) cumbersome. The parallel market will continue to be patronised as long as it offers people convenience,” Uwaleke said.

How can the black market be controlled?

Given that the parallel market cannot be completely eradicated, the concern of the CBN should be how to narrow as much as possible the wide gap between the official rate and the parallel market rate in order not to encourage round tripping, Uwaleke said.

This, he said the CBN can do by ensuring that the official market does not have multiple exchange rates as well as ensuring the liquidity of the forex market through increased supply against the backdrop of the country’s healthy external reserves in excess of $39 billion and sufficient to finance many months of imports.

Ultimately, the long run solution to checking the adverse effects of the parallel market on the economy is for the country to diversify the export base and create multiple sources of forex earnings in order to boost supply, he added.

For Ebo, “It doesn’t require any control, once supply improves, the spread will close due to less patronage.”

Families struggle to cope as cost of living surges