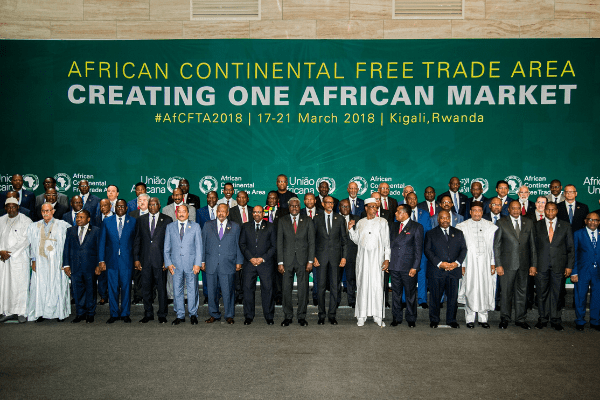 The Economic Community of West African States (ECOWAS) has mobilised its institutions and specialised agencies to improve its understanding of the African Continental Free Trade Area (AfCFTA) within the region in order to enable ECOWAS Institutions and Specialised Agencies to better contribute to the negotiations and implementation of the Agreement.

This was the focus of a virtual meeting on the AfCFTA for ECOWAS Institutions and Specialised Agencies recently in Abuja, a statement issued by the media officer of the ECOWAS Commission, Oghogho Obayuwana, said.

Opening the Workshop on behalf of the President of the ECOWAS Commission Jean-Claude Kassi Brou, the ECOWAS Commission’s Commissioner for Trade, Customs, and Free Movement Tei Konzi, noted that ECOWAS, in line with Article 85 of the Revised ECOWAS Treaty and the ECOWAS Summit directives, has continued to play its role of coordinating the positions of ECOWAS Member States for engagement with other parties in the AfCFTA negotiations. According to Commissioner Konzi, the AfCFTA has an ambitious coverage with a multi-sectoral reach that requires the inputs of experts in various disciplines.

The AfCFTA seeks to create a single continental market for goods and services, with free movement of business persons and investments, in order to engender the acceleration and establishment of a continental Customs Union.

This inclusive approach, Konzi maintained, will allow all institutions and agencies in the regional community to take participate and contribute to the negotiation and implementation of the continental agreement in line with the spirit and letter of Revised ECOWAS Treaty and the directives of the ECOWAS Summit.

He expressed optimism that the consensus derived from the deliberations will result in the growth of trade in the region and on the continent.

Earlier, Ag Director of Trade, ECOWAS Commission Kolawole Sofola, gave an overview of the AfCFTA Agreement. He thereafter presented details about its different phases and state of play.

The first phase of the agreement is on trade in goods and trade in services as well as a mechanism for dispute settlement. The second phase comprises competition policy, investment, and intellectual property rights, while E-Commerce focuses on the third phase.

The African Union Protocol on Free Movement of People will complement the AfCFTA by providing for visa-free travel, the right of residency, and the right of business or professional establishment for citizens between signatory countries.

Among others, the Workshop featured presentations revolving around the mandate and role of ECOWAS Community Institutions as well as ECOWAS’ function in the coordination of the position of Member States in the negotiation and implementation processes.

The Agreement establishing the AfCFTA was signed at the 10thExtraordinary Summit of the African Union (AU) Assembly in Kigali – Rwanda on 21 March 2018. The AfCFTA will bring together 55 African countries with a combined population of 1.2 billion people and a combined GDP of more than US$3.4 trillion.