Cryptos: IMF calls for better regulations in Nigeria, others 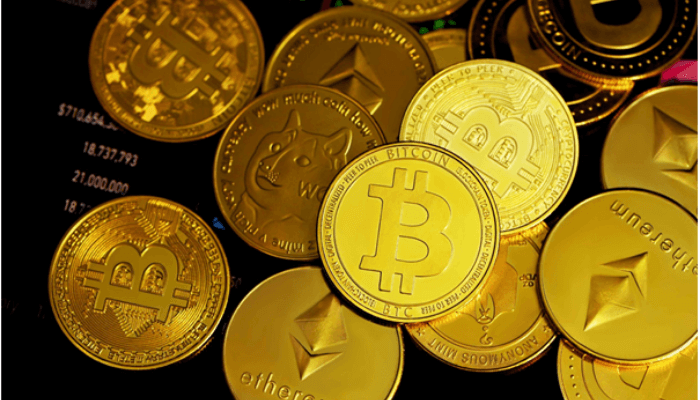 The International Monetary Fund (IMF) has said the growing crypto market in Nigeria and other Africa countries needs better regulations.

“The collapse of the world’s third largest crypto exchange FTX, and subsequent plunge in the prices of Bitcoin, Ethereum, and other major crypto assets, is prompting renewed calls for greater consumer protection and regulation of the crypto industry,” it said in a new blog on Tuesday.

BusinessDay reported last week that the collapse of FTX had left Nigerians who traded on the platform reeling in losses.

Finder’s latest report on cryptocurrency ownership and adoption shows that Nigeria has the second-highest number of Bitcoin owners as of October at 48 percent, up from 16.1 percent in the same month last year. Australia sits atop the table, with 61 percent of crypto owners holding Bitcoin, the world’s most popular cryptocurrency.

In August, Nigeria emerged as the most crypto-obsessed nation in the world based on the increasing number of Nigerians searching the Internet for crypto-related trading, according to CoinGecko, a crypto price tracker.

The IMF said regulating a highly volatile and decentralized system remains a challenge for most governments, requiring a balance between minimising risk and maximising innovation.

“Only one-quarter of countries in sub-Saharan Africa formally regulate crypto. However, two-thirds have implemented some restrictions and six countries — Cameroon, Ethiopia, Lesotho, Sierra Leone, Tanzania, and the Republic of Congo — have banned crypto,” it said.

Read also: Crypto-obsessed Nigerians reel as FTX collapses
Zimbabwe has ordered all banks to stop processing transactions and Liberia directed a local crypto startup to cease operations (implicit bans), according to the blog.

Africa is one of the fastest-growing crypto markets in the world, according to Chainalysis, but remains the smallest, with crypto transactions peaking at $20 billion per month in mid-2021, the IMF said.

It said: “Kenya, Nigeria, and South Africa have the highest number of users in the region. Many people use crypto assets for commercial payments, but their volatility makes them unsuitable as a store of value.

“Policymakers are also worried that cryptocurrencies can be used to transfer funds illegally out of the region and to circumvent local rules to prevent capital outflows. Widespread use of crypto could also undermine the effectiveness of monetary policy, creating risks for financial and macroeconomic stability.”

According to the IMF, the risks are that much greater if crypto is adopted as legal tender — as the Central African Republic recently did. If crypto assets are held or accepted by the government as means of payment, it could put public finances at risk, it said.

The Central African Republic is the first country in Africa, and the second in the world after El Salvador to designate Bitcoin as a legal tender.

“The measure has put the country at odds with the Bank of Central African States (BEAC) — the regional central bank that serves the Economic and Monetary Community of Central Africa (CEMAC), which the Central African Republic is a member of — and violates the CEMAC Treaty. BEAC’s banking sector supervisory body — Central Africa’s Banking Commission — has banned the use of crypto for financial transactions in the CEMAC region,” the IMF said.