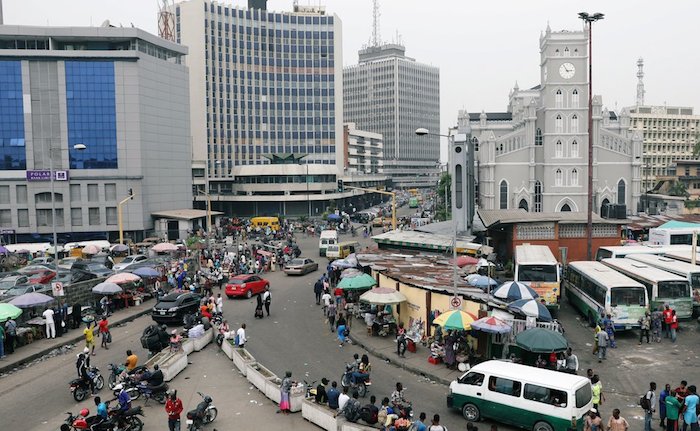 The Nigerian Economic Summit Group (NESG) on Tuesday resolved to pool resources together to develop partnerships towards building a resilient economy for the country.

At the closing session, Zainab Ahmed, minister for finance, budget and national planning, commended the NESG for developing the economic outlook, which she believed would no doubt provide a guide to government in its effort to better the lives of Nigerian citizens. She also thanked the joint committee and the NESG for their hard work and the successful execution of the NESG 26 summit. She went further to announce that the 27th NESG summit would hold on October 25 – 26, 2021, stating that the joint planning committee was expected to immediately commence preparations for the 27th summit.

Ahmed in her closing remarks reiterated her commitment to put in place a Memorandum of Understanding (MoU) to formalise the collaboration between NESG and the Ministry of Finance; Budget and National Planning, saying it would be beneficial to both parties in the long run. She stated further that the NESG was currently assisting the Ministry of Finance; Budget and National planning in its effort at producing the succession plans for both the ‘Nigeria vision 20:2020’ as well as ‘Economic Recovery and Growth Plan (ERGP)’. The chairman NESG and the Minister of Finance also presented the published report of the 22nd NESG summit titled ‘Building Partnerships for Resilience’.

The minister said her key takeaway from the summit was the need for all sectors of the economy to commit to “building strong partnerships for a resilient economy.”

To achieve this objective, the minister said Nigerians need to cooperate more, either between the federal and sub-national governments, or between government and private sector, or government and the citizens.

“We need to re-establish the social contract between the government and the people, while the government needs to listen and consult more with the people to build a solid consensus on issues of national development,” the minister said.

Chairperson of NESG, Asue Ighodalo, highlighted the important role the youth have to play in nation-building, adding that the government was committed to partner with the Nigerian youth towards harnessing their potentials.

He stated that the fifth and final major recommendation was youth empowerment. He stated that there was need to tackle youth unemployment and underemployment head-on, hence the enactment of the ‘fit for purpose’ program. He further stated that it is important that they look at education as well as re-skill and re-tool the youth so that they would be fit for purpose. He said that they would be looking at scaling up formal apprenticeship programs, encourage formal apprenticeship skills (through accreditations and certifications), facilitate the development of industries to absorb more youths and get the youths engaged in policy and governance across governance.

The minister said it was in recognition of the fact that no country has ever been able to combat youth unemployment without placing between 58 and 61 per cent of its youth population on the path of entrepreneurship, that the N75 billion Youth Investment Fund was established.

He said the idea of the investment fund was to provide massive funding in credit to finance investments in the ideas generated by the Nigerian youth, to turn them into creators of wealth and employers of labour, as well as people who run successful enterprises.

“We started with the focal group of 27 groups picked based on their respective credentials and specialization after studying their resumes and considering those with the right capacity for assistance.

“For two weeks, the selected groups worked to produce a preliminary report, before a technical group, made up of the Permanent Secretaries and Directors from Ministries, the Central Bank of Nigeria, was constituted. Later, there was the steering committee consisting of ministers and the CBN governor reappraising the recommendations of the other committees,” the minister said.

At the moment, he said the response to the programme appears over-subscribed as over 3.5 million applications, against about 1.5 million that was expected, have so far been received from youths with degrees and diploma holders all over the country with different business ideas and plans for the utilisation of the funds.

In January next year, he said the programme would continue, with other youth without degrees and diplomas brought in for inclusiveness.

The Chairperson of NESG, Asue Ighodalo, said NES#26, which had the theme ‘Building Partnerships for Resilience’, focused on how all sectors of the economy can come together in partnership to build the resilience and fortitude to look for the answers to the country’s problems.

He also emphasized the need to amplify domestic and foreign investment which would in turn dove-tail into their job creation proposals. He went further to state that “one important point that was made at the summit (which they all agreed to) was that a prompt passage of the PIB would signal to foreign investors and the international community at large that they truly are focused on attracting investment as well as focused on doing business”.

He stated that for a while there has been this notion (particularly internationally), that they were becoming more difficult as an investment destination, hence the passage of the PIB would help nullify that notion.

It was also proposed that they needed to tighten fiscal coordination and intensify investments in social sectors that would in turn encourage more private participation in social sectors of the economy (particularly in infrastructure). He stated that there is about 17 trillion of capital that earn zero income and that if some of that capital (if we make ourselves attractive enough) should flow towards infrastructure in the country.

He also emphasized that business needed to work more with government to suggest policies for creating an investment attractive environment. Government and businesses were also enjoined to create a task force on the future of work, to ensure Nigeria is keeping up with continent developments as they are all over the world, particularly the emerging economies.

They also suggested engaging Nigerians in diaspora and leverage on their expertise for development of key sectors of the economy particularly in the health sector and education sector and request of them to bring in capital for investment in the country since they are more acquainted with the country more than other foreign investors.

Another aspect that was focused on was the constitution; as discussions revolved around moving certain things from the exclusive legislative list, so as to ensure that the states have statutory oversight over certain things that would help quickly develop the economies of the state. Hence, they were proposing through the National assembly and the States and the private sector, constitutional reforms so as to move these items to the concurrent list so it could help sub-nationals as they need to develop their competitive advantages.

He said he was elated for the participation, especially by the federal and sub-national governments, which gave a firm commitment to partner with each other toward the development of the country.

Also, he commended the Finance Minister for her determination in navigating the country’s economy out of recession sooner than anticipated.

“As a country that is going to be 400 million people very soon, we really need to start thinking of moving ourselves much faster. We need to build a national consensus and resolve to take the country to the next level. We need to grow faster than the rate our population is growing.

“With a government that is committed to resilient growth and development, Nigerians have the responsibility to give their maximum support. The NESG is committed to giving whatever assistance and support the government needs to achieve this goal,” he said.

Asue Ighodalo, said one major take away from the summit was the acknowledgement by participants in all the sessions that Nigerian youth matter and should be given listening ears and taken into confidence in the process of national development.

He said that at the end of the summit they made a call to action and they asked specifically that because of the effect of the pandemic, there is need to vigorously accelerate the need to re-tool their economic policy to capitalize on the opportunities that emerge in the changing dynamics of the local, regional and global economic landscape so that no Nigerian is left behind and that the world does not leave Nigeria behind.

He said that these require bold structural reforms to create the necessary conditions for markets to function and a commitment to sustain them.

He went further to tell the minister that they look forward to the adoption of the recommendations of the 26th summit and the implementation of key recommendations by the Federal and State governments who would be engaging one another.

He finalized his speech by expressing his gratitude to the minister for the collaboration between the NESG and the Minister for Finance, Budget and National Planning in a bid to foster economic growth and subsequent development.

“There is a need to come together in partnership to revive the economy. Neither the government nor private sector alone can do it. Civil society alone can’t do it. All segments of the economy need to come together to pool our resources to do it. Although it will take time and patience, we must be consistent at implementing the plans on a sustainable basis,” Ighodalo said.