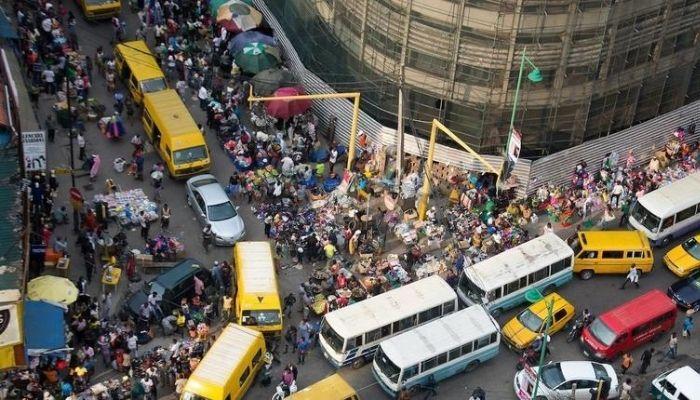 In 1992, when the phrase “It’s the economy, stupid” was famously etched on the Clinton campaign wall, an election defined by economic distress led to the defeat of a formerly popular incumbent president.

Coined by James Carville, a strategist in Bill Clinton’s successful 1992 presidential campaign, the phrase referred to the sorry state of the US economy, which was mired in an economic crisis, with incumbent President George H.W. Bush perceived as out of touch with the needs of ordinary people.

Bush had looked unstoppable following Operation Desert Storm in the spring of 1991, as his approval rating hit 89 percent, the highest ever recorded by Washington-based analytics and advisory company, Gallup.

Yet, that wasn’t enough. What went against Bush was “the economy, stupid”.

Team Clinton wagered that the sluggish recovery from the 1990-1991 recession would loom largest in the minds of voters. They were right.

Similar to the 1992 US election, Nigeria’s 2023 presidential election should be fought through the prism of a struggling economy and rising insecurity, according to a poll of ten economists surveyed by BusinessDay.

Africa’s largest economy has been in and out of two recessions in five years and is struggling to create sufficient jobs for a rapidly growing population, with unemployment hitting 33 percent in 2021, the highest in Africa after Namibia.

GDP per capita declined for six straight years before growing in 2021 as the economy rose from the record-low it crashed to amid the COVID-19-induced lockdown in 2020.

Inflation is rising and eroding the purchasing power of Nigerians. Insecurity, which is fuelled partly by deepening poverty, has taken a turn for the worse and has upended livelihoods and businesses as well as deterred foreign investments in the country.

The current state of the economy as well as predictions by a motley crew of local and international economists indicate that Nigeria’s next president faces his biggest test yet since 1999.

“The challenge is that we have been doing so many things wrong in the economy,” Abiodun Keripe, managing director of Afrinvest Consulting Limited, said.

Read also: The numbers that show outsized role of oil in Nigeria’s economy

“The first thing that the incoming president needs to do is to deliver on projects that can improve human capital development index, starting with education,” Keripe said.

There are signs to suggest Nigeria does not take education of its people seriously, apart from the paltry budget allocation to the sector. For instance, the Academic Staff Union of Universities (ASUU) has been on strike since February 14, 2022 with no definite end in sight.

Rather than resolve the impasse caused partly by what ASUU claims to be the government’s failure to release revitalisation funds for universities and earned allowances for university lecturers, the government is seen to be prioritising controversial spending like subsidising petrol, which will gulp N4 trillion in this year’s budget. That’s N800 billion shy of the amount budgeted for education in the last six years combined (N4.8 trillion).

“The incoming President should also put the proper structure in place to reduce wastage in governance and implement market-friendly reforms that would help attract Foreign Direct Investments into the country so as to support industrial growth,” Keripe added.

This is the lowest level of capital inflow into the country since the second quarter of 2021.

Ikemesit Effiong, head of research at SBM Intelligence, said the next president should strongly consider a jobs programme paired with an aggressive infrastructure rollout package that will provide an immediate boost to employment while addressing the massive infrastructure deficit Nigeria is saddled with.

“Regulation and policymaking also has to shift from a punitive, extractive posture to a more collaborative approach where regulators and regulated stakeholders work jointly to achieve desirable, market determined outcomes,” he said.

“Key regulatory priority areas will include fully liberalising the ports, rethinking import requirements and having a serious conversation about discontinuing the fuel subsidy,” Effiong added.

Technocrats should be given the nod to play a more starring role in the next president’s cabinet, according to Muda Yusuf, the immediate past director-general at Lagos Chamber of Commerce and Industry.

“Policies are put in place by people who don’t know how the economy works and what policies are sustainable,” he said.

“Favourable foreign exchange policies have to be put in place to attract investors, and our trade policy is too protectionist; it shouldn’t be too liberal but it has to be looked at to ensure it doesn’t penalise domestic investors or the welfare of citizens,” Yusuf added.

Critics say Nigeria’s trade policy focuses solely on revenue generation and does not look at trade facilitation or concessions for critical intermediate products that are needed to boost productivity and more revenue in the long-run, in the process a lot of investments have been discouraged.

“Also, issues around infrastructure and security are also important. Fiscal policy also has to be prioritised also and more investments have to be made in infrastructure; our money is majorly spent on things that aren’t so productive,” Yusuf said.

The other economists polled in BusinessDay’s survey took turns to re-echo similar thoughts, from the need to cut wastages and improve security to boosting public revenues and increasing human capital investment.

Nigeria: A country of queues