Angola to strengthen bilateral ties with Nigeria, others 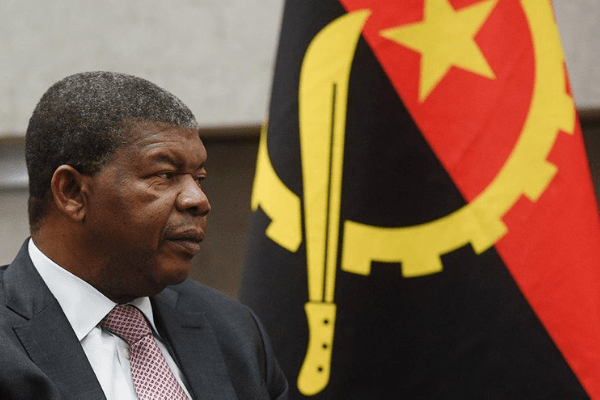 President  of Angola, Joao Lourenco has said that his country would deepen bilateral and multilateral ties with Nigeria, Africa and other countries of the world.

It quoted Lourenco as saying in his inaugural speech that “the integration of Angola in the world presupposes the deepening of bilateral and multilateral relations with all countries.

“Also the strengthening of scientific and technical cooperation for development and the contribution to the elimination of tensions and conflicts in our region, in Africa and in the world.

“With regards to relations on the African continent, priority will be given to neighbouring countries on the basis of good neighbourly relations and cooperation.

“Given their proximity, these are important relationships for the defence, security and development of the southern sub region, without neglecting, of course the South African countries with which Angola shares geopolitical affinities.”

According to the President , the African Union is a very important place for Angola and for that reason his country should remain one of the biggest contributors to its budget.

“We will conduct a policy of approximation to the countries of the Economic Community of West African States for the exchange of information in the field of security, for the prevention and combating of terrorism.

“Angola must therefore maintain its role as an important factor in the maintenance of peace in its sub-region, acting firmly in the organisations of which it is a part,” he said.

He said that because of its historical importance and the need to continue cultivating the forged ties, the relationship with the Portuguese-speaking African Countries will always be present in Angola’s options.

Lourenco said that the government would work to ensure a greater presence of Angolans in the UN system, the AU and other regional organisations, aimed at training and monitoring of young Angolans for future diplomatic campaigns.

“Diplomacy remained one of the most important aspects of Angolan foreign policy, both at the economic and commercial level.

The president also pledged that Angola would invest decisively in the education sector to reduce its illiteracy rate.

“Executive branch will work to reduce the illiteracy rate and will invest decisively in technical-vocational and special education.

“The investment in the quality of university and polytechnic education will be another great bet of the Executive branch in the next years.

“This will be with a view to the creation of a model of higher education that is more in agreement with global practices.

“This requires serious investment in the education of young people and in their technical and vocational training, adjusted to the needs of the labour market and the development of the country,” he said.

According to him, in this way, government will be able to put available resources at the service of the Nation, guaranteeing the general improvement of Angolan living conditions on a fair and equitable basis.

He said that administration would focus on strengthening of patriotic sentiment and national unity, as essential factors in the affirmation of culture and identity.

“The Angolan Executive will continue to extol cultural components, as well as to emphasise the cultures of all those who make up the Angolan human mosaic.

“We stand for unity in diversity and the promotion of diversity in unity.

“We propose to carry out a wide dissemination of the museums, monuments and sites that integrate the historical, cultural, architectural and natural heritage of Angola, for their use by the population and for the promotion of tourism.”

“We will focus on modernising the Angolan Armed Forces and taking solid steps towards the creation of a defence industry.

He stressed on the need for transparency in the performance of public services and public servants, as well as the fight against economic crime and corruption that is rampant in some institutions, at different levels.

“Corruption and impunity have a direct negative impact on the capacity of the state and its agents to carry out any governance programme.

“I therefore urge all our people to work together to eradicate this evil that seriously threatens the foundations of our society.

“I therefore urge all our people to work together to root out this evil that seriously threatens the foundations of our society,” he said.

He said that government would ensure the adoption of policies of economic and social inclusion, which necessarily involves the protection of workers.

He noted that the stressed that the reduction of social inequalities involved a greater emphasis on the social sector, in particular, the access to education and knowledge, basic assistance for all, social security and assistance to the most vulnerable and disadvantaged.

“In addition to the priority tasks already mentioned, we must promote the social State, with economic policies, social inclusion and reduction of inequalities,” he said.

Nigeria must prepare for a big hit in a prolonged recession, say UK experts

Nigeria must prepare for a big hit in a prolonged recession,…