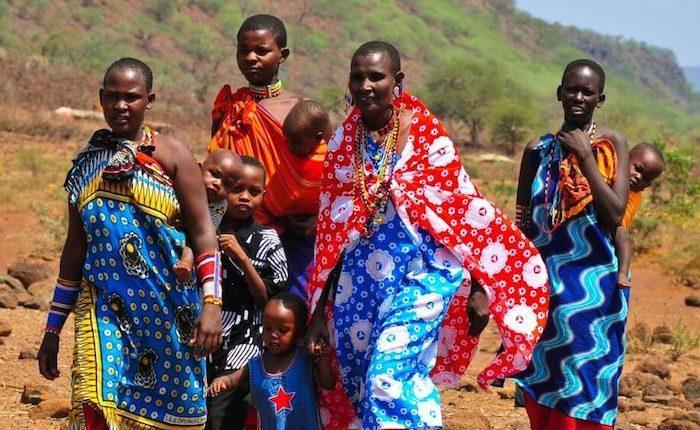 Share
Africa, the second-largest continent by size, holds the key for business operations in the 21st, and global business leaders who misunderstand the region are in danger of  missing out on one of great growth opportunities in the third millennium, a new book by McKinsey & Company says.
The book, released November 20, confirms that Africa is poised for economic acceleration, similar to the Asian boom that produced what became known as the Asian Tigers. However, the authors conclude that while other regions are witnessing incremental growth, “global companies that get in early and join the African champions shaping the right strategies, can sustain double-digit profit growth over the next few decades.’’
Authors of “Africa’s Business Revolution: How to Succeed in the World’s Next Big Growth Market,’’ say that the continent is bigger than most people imagine, in terms both of physical size and resource potentials.
“Africa is bigger than you think – it dwarfs China, Europe, the United States and India,’’ the authors of the book say. They declare that the size of the mismatch between global perception and the continent’s on-the-ground reality provoked them to write the book.
The book was written by two McKinsey and Company executives –  Leke and Desvaux, both Senior McKinsey Partners and Chironga, an executive at Nedbank, one of South Africa’s largest banking group. 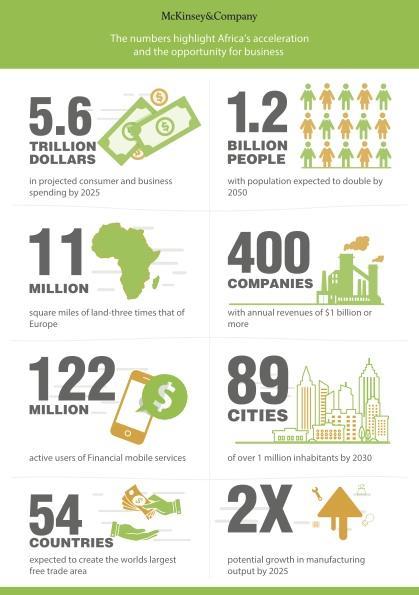 Declaring the size of the business opportunities available in Africa, the authors note that Africa has a fast-growing, rapidly urbanizing population “with big unmet needs.’’ This means there is a trillion-dollar opportunity to industrialise Africa, to meet rising domestic demand and create a bridge-head in global export markets, they say. In addition, there has been a big push by governments and the private sector to close infrastructure gaps, a big challenge that African nations have to meet in order to make their economies perform effectively.
They note further that the region continues to enjoy resource abundance in such sectors as agriculture, mining, and oil and gas, and that innovation and investment in these sectors are unlocking new production on the continent.
The authors say that speedy adoption of mobile and digital technologies in Africa could leapfrog the continent past many obstacles to growth.
The information in the book was drawn from 3,000 McKinsey client engagements, in-depth proprietary research and exclusive interviews with 40 of Africa’s most prominent business development leaders, the authors say.  They conclude that there are four imperatives to achieve long-term sustainable growth:  mapping an Africa strategy; innovating business models; build resilience for the long term, and unleashing talent.
Share