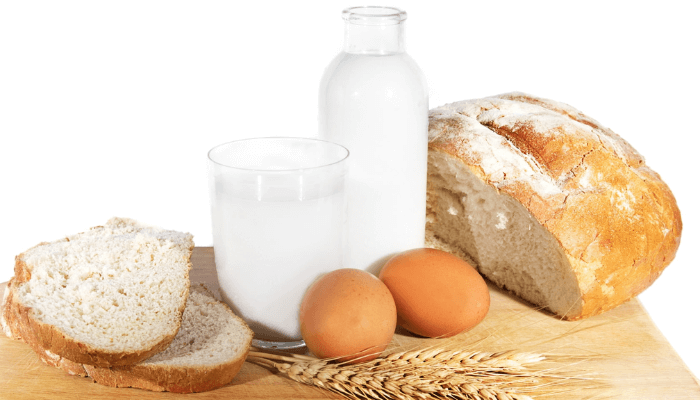 According to a report by the National Bureau of Statistics (NBS), bread, a staple food item for breakfast in Nigeria, recorded its highest price in Abia and Abuja at N680.3 (sliced 500g) and N700 (unsliced 500g) respectively.

A 2kg wheat flour (pre-packed), a key ingredient in the preparation of most breakfasts such as pasta and noodles, recorded its highest price also in Abia, sold for an average of N1, 403.

A bottle of vegetable oil sold the highest in Abia State at N1455.7; a medium-sized egg recorded its highest average price at N84.4 in Edo State.

Beans used in preparing bean cake (Akara) and other breakfasts like moi-moi sold for an average price of N838.1 (the highest) in Ebonyi State.

Experts say most of the ingredients used in preparing these meals have witnessed a spike induced by the Russia-Ukraine war.

The war has disrupted supplies from the two countries, which are major exporters of goods such as sunflower oil, wheat, and fertiliser.

BusinessDay had earlier reported that states in the southeast region such Abia, Anambra, Ebonyi, Enugu, and Imo recorded the highest surge in food prices for three consecutive months.

Chineye, who runs a mini noodles and egg outlet, said she had to increase her price because many of the food items are now expensive.

“I used to sell two small packs of noodles and one egg for N450 just last month, but now I sell for N500 because the price of the entire ingredient has gone up.” she said.

The NBS shows that the country’s food inflation, which constitutes 50 percent of the general inflation rate rose by 23.12 percent in August 2022, the highest in almost 17 years from

The rise in the food inflation was caused by increase in the prices of bread, cereals, potatoes, yam and other tuber, fish, meat, oil and fat.

Apart from the NBS data, a BusinessDay survey shows that within a period of one year, prices of major food items have more than doubled.

Egg, a cheap source of protein consumed with bread, noodles and other meals, is sold for N100 per piece from N70 last year, a 43 percent increase in price. The price of Akara went up by 150 percent to N50 from N20.

Bread, a common meal in many households due to its adaptability and affordability, rose in price by 55 percent to N700 in August from N450

“Wheat is a major raw material for the production of flour which is used for bread and some other confectionaries. Therefore, the current development is going to disrupt the supply of wheat in the global market,” said Muda Yusuf, chief executive of Centre for the Promotion of Private Enterprise (CPPE).

“There is, therefore, a risk of a hike in the cost of wheat which will affect the price of flour and a knock-on effect on the price of bread and other confectioneries,” he said.

Chika Chibuzor, a medical student in Abia State, told BusinessDay that she no longer eats bread frequently due to the surge in price.

“I now go for low quality bread and I don’t like the taste, all because of the price. This is saddening as breakfast is considered the most important meal of the day,” she said.