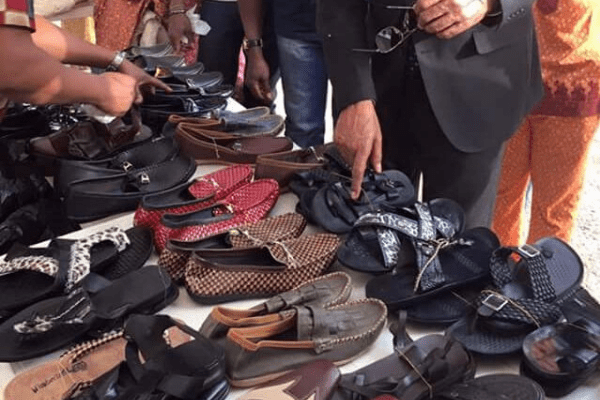 Despite being one of the most active industrial hubs in the country, Aba is hard hit by the infrastructure gap which makes it difficult to exert as much influence as it should in the market and the economy.

Experts say poor infrastructure in Aba lowers the level of innovation and output and hampers capacity to meet the demand. One of the results of this is the domination of foreign products in the country.

Infrastructure is very important for any business to thrive. Making footwear can be easy with the use of sophisticated machines and production tools. Absence of infrastructure, however, makes production difficult and hurts capacity to create jobs and boost the gross domestic product (GDP).

The Manufacturers Association of Nigeria (MAN) believes that infrastructure is the biggest fillip to boosting factories, as absence of it frustrates production and hampers employment creation. Babatunde Fashola, former minister for power works and housing, said at a conference that there is a need to build infrastructure in the country in order to foster prosperity and development in the country.

Shoemakers in Aba say lack of electricity hampers their productivity. The manufacturers use power generating sets to power their factories. This is expensive and has a negative impact on production costs.

According to Muda Yusuf, director-general of the Lagos Chamber of Commerce and Industry (LCCI), manufacturers and other business operators need cheap energy to operate in the economy. He said energy costs put more pressure on businesses, calling for a new energy policy for the country.

The players also need to have access to state-of-the-art machines that will aid production, raise output while cutting production costs.

“For instance, we have no money to procure hi-tech machines. The banks are not interested in the industry,” Ken Anyanwu, secretary of the Association of Leather and Allied Industrialists of Nigeria (ALAN), told BusinessDay in Aba.

There are poor road networks and no railway line from Aba to the other parts of Nigeria where shoes, bags and trunk boxes are needed. Also, the raw materials needed for production are not always readily available, leading to importation with an attendant implication on production costs.

The transport sector remains a major determinant for a country’s economic development, as a good transport system helps to move goods and services and enable a wider market reach. Unfortunately, despite having the largest road network in West Africa, Nigeria’s road transport system are in terrible condition as the roads are dilapidated and also expose citizens to security risks.

Mansur Ahmed, president of MAN, said at a forum that in the manufacturing value chain, transport is very important. He further said that if the transport deficit is eliminated, it will reduce the total cost of delivery of products by 30- 40 percent.

Analysts say the poor condition of the road transport system poses a challenge to manufacturers as it increases their logistics costs, raises cost of production and causes losses, especially in common cases of accidents and thefts.

“Roads in Aba are becoming better, but they need to improve,” Adiele Adigwe, a shoe-maker in the industrial city, said.

Francis Meshioye, executive director, JMG Limited, said recently that the deficit in the transport sector partly accounts for the snail-paced growth of the manufacturing sector as the movement of goods from the manufacturers to the consumers is slow and unreliable.

He said, “Government should make huge investments in the transport sector. This will reflect on the other parts of the country’s economy because adequate transport infrastructure will result in high employment rate, faster and competitive market reach, high-income level, wider reach and connectivity for transaction purposes.”

South-South governors to agree on strategies to non-oil exports

South-South governors to agree on strategies to non-oil…