3 things government can do to ease inflation pains – Analysts 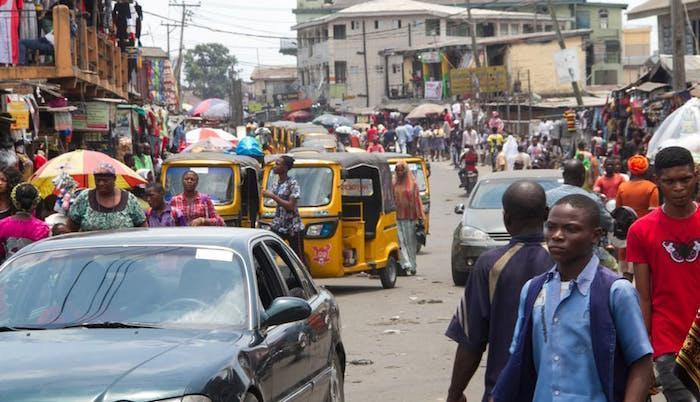 Analysts have urged the Federal Government to address the worsening insecurity, tackle high energy costs and stabilise the country’s foreign exchange as a step to immediately cut costs for Nigerians amid surging prices.

Average prices of household items across major cities in the country have surged by over 100 percent in the last year, causing inflation to accelerate to 19.64 percent in July, the highest since October 2005. Also, food inflation accelerated to 22.02 in July, according to data from National Bureau of Statistics (NBS).

As issues of terrorism, banditry, and kidnapping continue to escalate, farmers in Africa’s most populous country are forced to abandon their farms as they seek for safety. Since the security situation became intense a few years ago, several farmers have fled to safety, and several agribusinesses have been destroyed after the destruction of their facilities.

The situation has hampered the country’s ability to diversify through agriculture and generates substantial FX through the sector despite its potential.

“Our food production has not been growing in the past few years owing to insecurity in the country. If we want to tackle the high cost of food and inflation, we must address the insecurity situation in the country,” said Muda Yusuf, founder of the Centre for the Promotion of Private Enterprise in a response to questions.

The situation has also forced some families to cut down on some essential foods, with many skipping meals, thus driving malnutrition in the country, experts say.

“Many families skip meals and they also take lower portions, they get the cheaper stuff irrespective of quality they just have to break even and there’s nothing that can be done about it,” said Glory Fadipe, head research FCMB.

“Staples are now becoming once in a blue moon. Chicken, fishes like Titus are now expensive. I do not even buy snails again,” said Fadipe.

Power accounts for as much as 40 percent of factories’ costs in Nigeria, according to the Manufacturers Association of Nigeria (MAN).

However, the poor power supply in the country and the constant collapse of the power grid led to many companies relying on alternative sources of power.

“Nigeria would not be reeling so much from high diesel prices if there were reliable power supply, which speaks to the failure of the government,” said Jacques Piekarski, the company’s chief financial officer, who was pricing in a 25 percent hit on the Q1 profit of his firm.

Diesel, which is used to power generators by most businesses in Nigeria, has impacted on prices for consumers.

The price of diesel has soared by 178 percent year to date to an average of N 800 per litre from an average of N288 in January. While the logistics costs of moving products from the south where bulk of the factories are located across the country costs an average of N600,000 per truck compared to the N350,000 it cost in 2015.

In some cases, some businesses have even shut down or reduced the hours of operations. For instance, some banks in Nigeria have reduced their working hours due to the high cost of running diesel generators. Despite the foregoing, no state, federal or private salary earners’ take-home has been increased.

“If diesel prices can come down the prices of commodities will too as a lot of companies run on diesel and therefore factor in the high cost into the final price of their products,” said Moses Ojo, Lagos-based economist.

Manufacturers have constantly complained about their inability to get enough FX from the official window to import critical inputs for production.

This is because the dollar is scarce in Africa’s biggest economy, forcing continuous differentials between the official rate and the black market.

On August 17, at the official market, the exchange rate between the naira and the US dollar closed at N420/$1, while at the parallel market, it closed at N680/$1.

Ojo called for the unification and stabilisation the country’s foreign exchange rate to eliminate the differentials.