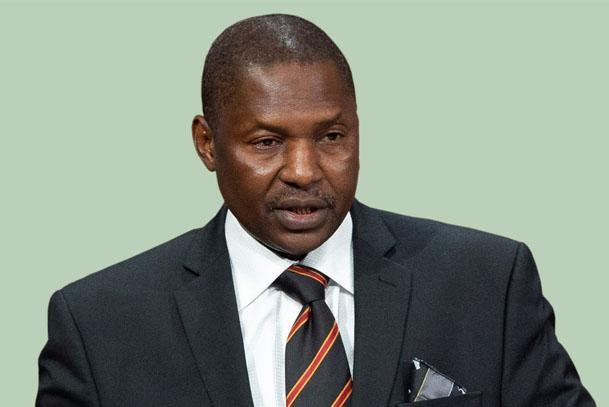 The Attorney General of the Federation (AGF) and Minister of Justice, Abubakar Malami (SAN) said Friday, that a person at the helm of leadership should be ready to absorb attacks on his personality.

He noted that criticism was part of leadership.

Malami stated this after observing Eid prayer in Birnin-Kebbi, Kebbi State, in his Sallah message with muslims faithful all over the world on the occasion of this year’s Eid-el-Adh.

Responding to newsmen on the current media attack on his personality Malami said: “I think that is the burden of leadership. Who ever is appointed a leader, by God grace, it is only natural that in one way or the other one must be attacked. The good one has been doing can hardly be seen when one remains in office.”

The minister spoke after observing Eid prayer in Birnin-Kebbi in his Sallah message felicitating with Muslims faithful all over the world on the occasion of this year’s Eid-el-Adha.

Umar Jibrilu Gwandu, spokesman to the AGF quoted the minister as saying: “It has been a common tradition for people to attack the President, Governors and those in the helm of affairs or in leadership position and responsibility. I cannot, certainly, be an exception.

“The good thing about it, our Constitution is clear, our law is clear where exist impunity and how can it be best handled and addressed. It is not about attack on personalities. It is about compliance with the law. We are there to fight impunity.

“The bottom line is whether in the fight against impunity we are working in line and in tune with the law”.

He said that the greatest consideration is what is it that the Law provides and “whether indeed we operated within the spirit of the law or we have gone astray in compliance with the Law”.

Malami used the opportunity to call on muslims to fervently continue praying for a more peaceful and prosperous Nigeria.

The minister noted that the period of Eid of sacrifices comes with numerous lessons including sincerity, honesty, commitment, sacrifice, selflessness, introspection and empathy, among others.

Malami called for enhanced mutual understanding, peaceful co-existence, good neighborliness and needy-centred approaches during the Sallah celebration and beyond.

Malami, therefore, urges muslims as they celebrate the Eid to continue to be law-abiding and have sober reflection.

“In view of the Covid-19 pandemic, Malami charged muslims to observe all laid down safety protocols and guidelines issued by the authorities with a view to contain the spread of the disease in the country,” the minister said.