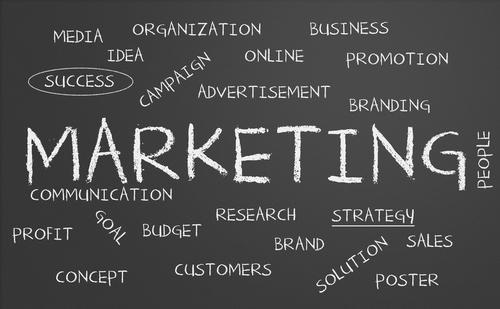 In spite of promises by political candidates vying for presidency to turn the economy around, with sectors such as manufacturing and services industry thriving again, some marketing communication practitioners are apprehensive about their industry as present tough time may continue till mid-year.

It has really been tough, in the last two years for the marketing communication agencies who depend on the performance of the economy and thriving sectors to succeed. But looking ahead 2019, some of the practitioners were not optimistic of a very bright year as their clients are still hard hit by unfavourable environment.

They believed that if President Muhammadu Buhari eventually wins the presidential election, the economic situation may remain the same. But if Abubakar Atiku, his main opposition takes over power, it may take some time before his policies will begin to impact on the economy.

Nevertheless, Charles Igbinidu, the managing director of CFO and Associates in his view said that “if the price of oil increases from present $58 per barrel and government pumps more money into the system, things may change”

He recounted that many organisations were affected by poor economic performance in 2017/2018 that pushed them to cut marketing communication budgets which had negative impact on the media industry.

Similarly, Ehi Braimah, CEO of Neo Media and Marketing agency based in Lagos described 2018 as a difficult year for business owners and entrepreneurs. This difficulty manifested in low spending power of consumers, government regulations which include excise duty affecting clients, stiff competition and the fight for relevance, difficulty in sourcing foreign exchange and reduced FDIs. This may not change in 2019.

Speaking to BusinessDay on factors that will shape 2019 for the media industry, John Ehiguese, the CEO of MediaCraft, a PR agency based in Lagos said “The outcome of the elections would be a critical factor, but the industry practitioners have to wait and see those who eventually wins, and what their attitude will be towards the economy and the media”

He said for the media itself, again a lot will depend on how the economy performs but unfortunately the prognosis for the economy in 2019 is not very encouraging.

Ehiguese who is the president of Public Relations Consultants Association said that with the un-encouraging outlook, marketing agencies will always find a way to survive. “Where necessary, plans and projections might need to be adjusted to suit the realities on the ground. But, generally, people will find a way to get by”, he said.

For Ehiguese, 2018 was better than 2017 in terms of business opportunities, given that the broader economy began to show signs of exiting the recession.

“ As you well know, the fortunes of the IMC industry are tied to that of the larger economy – if the economy is good, we get more business, if it is not, things point southwards”

He however regretted that other major challenges that confronted marketing communication industry in 2018 include capacity issues, weak regulation, leading to high levels of quackery, a weak economy among others.

Assessing whether jobs from political parties are flowing to media agencies this time, Ehiguese said typically, an election year should represent a season of boom for IMC agencies, especially those who get the opportunity to work on political campaigns but “unfortunately, that does not appear to be the case this time around, and I can adduce two major reasons: one, campaign funding does not appear to be in much supply this time around. It appears that the politicians will not be spending as much money as they used to.

“Secondly, some of the major political parties seem to be more comfortable contracting the services of foreign communication firms to run their campaigns. This is bad judgement, because there is no way such firms can understand the political terrain, and be able to deliver, like Nigerians would. We do have the expertise and competences here in the country. And even where we do not, several of our agencies have foreign affiliations and partnerships that they can tap into, to bridge the gap. In any case, how can local professionals raise their game, and grow, if you do not give them chance?” he asked.

Dare Ogunyombo of Brooks and Blake agency also supported the view that many organisations are also watching out for what will be the outcome of the elections for their planning. He believed that the media during this period should be “saddled with the responsibility of sensitizing the populace with accurate information that will reduce tension among the electorate, and I believe that is huge”.

With about 35 days to the presidential election, many Nigerians have queued behind the two major presidential candidates – President Muhammadu Buhari and former Vice President Atiku Abubakar – but a few of those supporters actually know what the candidates are offering because as Olu Fasan, an economist said the ideas of the two main candidates are hardly the subject of public discussion.

After the elections, Nigerians will also be expecting to what extend the eventual winner will implement his policies either on economy, security or restructuring to get the economy on track.

How Buhari, Atiku, others plan to tackle housing sector problems

Nigeria needs to copy others, tell its positive stories to expand reputation index

Coronavirus fallout – How brands should respond to declining sales

Coronavirus: The World is at war

Nigeria needs to copy others, tell its positive stories to…

Coronavirus fallout – How brands should respond to…