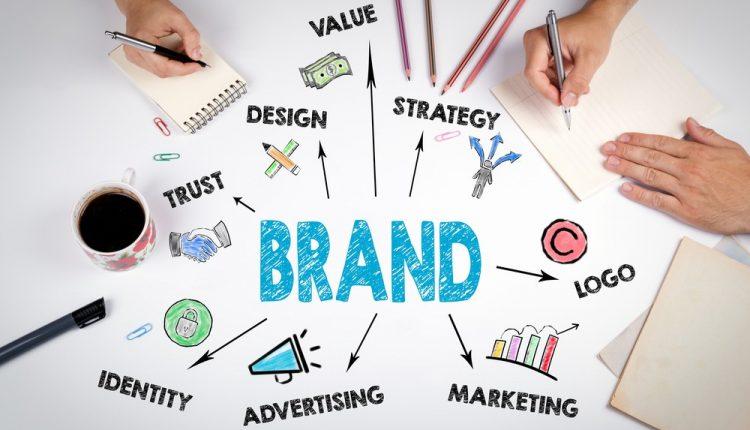 Brandzone has been able to carve a solid niche for itself, not just as an agency proficient in branding and design but as a full-fledged branding, marketing communications and consultancy firm, building and managing successful brands within the last 11 years of its existence, using unique propriety tools.

For Brandzone, its unique methodology is not limited to an ordinary logo change, website revamp or social media engagement, it involves an inside-out approach to strategically position the brand, by innovatively integrating strategy, ideas and a well thought through implementation. This methodology has proven successful for Brandzone as it prides itself with the excellent results it has obtained when it applied it on several organisations that are desirous of sustainable growth – not a microwave or ‘flash in a pan’ kind of success. A very good citation of Brandzone’s footprint of success was its approach to branding and design in the ‘Making of the Nestoil story’.

Brandzone came out tops in the selection process among other competitive agencies who had applied for the project with Nestoil. Brandzone won the contract and was commissioned to spearhead the Rebranding of the Nestoil Group.

Nestoil, is an indigenous EPCC, construction and Oil servicing firm with operations domiciled within high-rise locations in Nigeria. Nestoil has been a significant contributor in Nigerian Oil & Gas sector with its innovative solution spread across the entire value chain of the industry.

In spite of its strategic geographical positioning, Nestoil sought to be recognised in the space which it operates. It desired to carve a niche for itself and create an identity that will position it as not just another indigenous energy company but a company that stands out with its own unique value proposition. Upon completion of the project and application of the recommendations made by the Brandzone team, Nestoil was able to transform itself into an excellently positioned energy company, while strategically promoting its several business units, portfolio, service offerings and its laudable industry milestones.

The process of Rebranding didn’t kick off with an external alteration of the existing Nestoil Brand identity such as a logo change or a website revamp, but instead, work began with an extensive transformation of the Nestoil brand inside-out. This stage of the process was a deeply immersive, intellectual and thought provoking, involving all the stakeholders and key decision makers to collaboratively work on developing the Brand DNA, Brand Story, Brand Positioning and Brand Architecture of the Nestoil Group under the careful guidance of the Brandzone team. It was important to get the stakeholders of the business involved in the recreation process so as to promote brand ownership across all levels of the business upon completion of the project.

Unknown to most people, the process of branding and design is a marriage of art and science. This among all other unique methods, is one of the things that has set Brandzone apart in the industry. In recreating the Nestoil Brand, Brandzone moved to the next phase which was the point where science met. This marked the beginning of the Brand audit/Brand research phase carried out by Brandzone. This stage profiled the Nestoil in the industry it operates, and consumer/client perception of the Nestoil brand. These were consolidated into the unique Nestoil brand strategy which harmonises the history, business model, culture and ethos of the Nestoil group. After careful study of the Nestoil business model, Brandzone developed the brand architecture based on the structure of the business. The architectural model developed for Nestoil adopted the ‘House of Brands’ structure. This positioned the Nestoil group in a manner which the ‘mother brand’ was clearly structured along with the other sub-business units (sister brands) existing within its business structure bearing in mind the business relations and the various levels of market dominance in which these sub-business units operate.

Going further in the creation of the rich Nestoil brand existing today, Brandzone began the brand positioning phase through which the core attributes of the brand was reborn and established. This made up the carefully thought out Nestoil culture. These core attributes were infused into the corporate philosophy, thereby presenting the vision, mission and core values in a manner which truly conveys the brand’s promise. From these attributes came the uniquely crafted new pay off line; ‘Delivering exceptional value’. Every word in this pay-off line was deliberately chosen to represent the value proposition, mission, vision and corporate ethos of Nestoil.

The final phase was creating a unique brand identity beginning with the primary logo of the brand which would embody and speak to the brand essence of Nestoil. The process was not mere graphic redesign of the old Nestoil brand identity but a gradual unbundling of each element of the former logo and the recommendation of a wide range of design routes which ranged from evolutionary (a modification of the existing logo design whilst maintaining its key elements) to the revolutionary design routes (a clear departure from the original logo design). The evolutionary design route was chosen which involved the total refresh of two important features of the existing logo which was its iconography (the symbol itself) and the typography (the typeface which accompanies the symbol). Combining the update of these two key features without totally departing from the old brand identity, the new and more contemporary logo was created to represent the Nestoil brand.

Following the recreation of the Nestoil Brand Strategy, Brand Positioning and Brand Identity, the Brandzone team took the internal stakeholders of the business through a unique brand adoption session which aimed at promoting brand culture strengthening and brand identity ownership while ensuring brand preservation in a practical manner. At the end of the process, the internal stakeholder sof the business understood their role in promoting the Nestoil culture. They embraced their roles as brand ambassadors and set out supercharged, ready to live out the brand at any level of the business they operate.

After 28 years of incorporation, Nestoil was reborn and has full embodied all of its potentials, by objectively allowing Brandzone take her through the process of re-emergence.

Brandzone has acted as a catalyst for most brands, so it can see all the possibilities open to them as a brand and make them into the best in their chosen area of play. The ‘ Nestoil story ‘ built and developed by Brandzone is one of the many stories with which Brandzone has established itself .

Even presently in the eye of the storm almost submerging businesses with its propriety tools , insights and ability to dig in and know the brand/client, Brandzone has been able to save a lot of businesses from going under and give them the notability and recognition they require and deserve which has in turn given profitability to such businesses.

Leading a good life amidst the pandemic