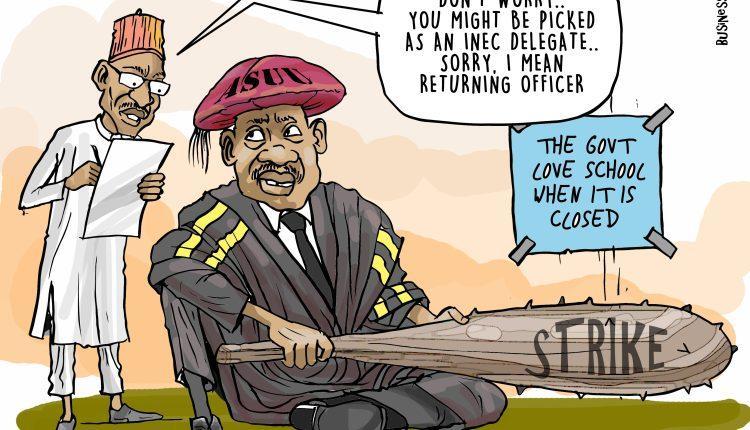 Many Nigerian students welcomed the year 2022 with high hopes, having survived the COVID-19 pandemic that disrupted socio-economic life, and with a stable education system in 2021, their optimism seemed well-rooted.

However, this was not to be as the Academic Staff Union of Universities (ASUU) dropped a bombshell on February 14 when the union declared a warning strike, which was rolled over after the 30-day ultimatum elapsed without the federal government meeting its demands, and is still ongoing.

Despite the efforts being made by the federal government and ASUU, the strike has continued for over four months and is said to have shattered the dreams of many Nigerian youths.

“Nigeria wasted the first six months of 2022 on strike in the most critical section of our economy which is education. We have arrested the development of our students for six months,” Friday Erhabor, a public affairs analyst, said.

Boye Ogundele, a teacher in Lagos, said there was nothing to cheer about in the first six months of 2022 in Nigeria’s education sector, especially tertiary education.

It is a period filled with setbacks and a period where the poor people have to look elsewhere to train their children for higher education,” Ogundele said.

Anthonia Dede, a civil servant, said the public tertiary education sector was filled with tales of woes and interrupted dreams in the first half of the year.

He said: “Education in Nigeria is dying, and except something is urgently done, education might remain in its coma forever and become a foregone issue.

“The first half of the year education-wise is a period filled with interrupted dreams; many dreams of our students were been shattered by irrational people.”

Patrick Ehime, an accountant with a private secondary school, described the ongoing strike as a bad development.

He said: “The situation is not encouraging; the government seems to lack clues on how to get the sector to work; they are pushing to make education a luxury rather than a right. In fact, we do not have a government; hence, there is no hope for a better tomorrow the way things are going.

“It is beyond what is being said, Nigerians must brace up because it is not getting better. The ripple effects of what is happening now will certainly affect other sectors of the economy in the near future.”

As part of efforts to end the ASUU strike, the federal government reconstituted a seven-man team to renegotiate the 2009 agreement after every other effort made to address the impasse proved abortive.