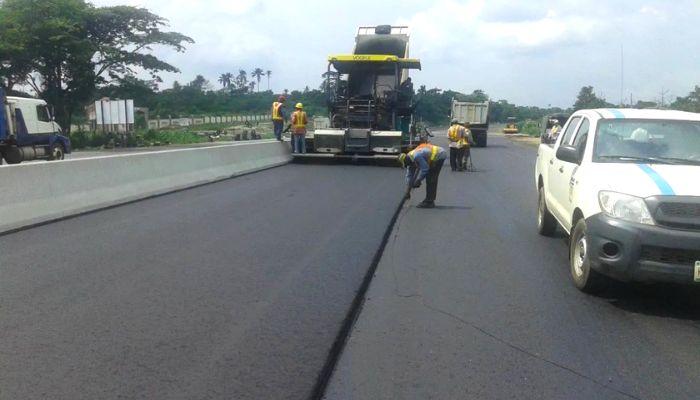 Nigeria’s decision to leverage the private sector’s capital for infrastructure development, especially roads, through the Road Infrastructure Tax Credit Scheme, has brought about the construction and refurbishment of hundreds of kilometres of roads across the country.

The country has a road network of around 195,000km, of which 32,000km are federal roads and 31,000km are state roads. Of this total, 60,000 are constructed, leaving 135,000km of road untarred, according to the Infrastructure Concession Regulatory Commission,

Since 2019, when the ‘tax for roads’ initiative was birthed by Executive Order 007, Road Infrastructure Development and Refurbishment Investment Tax Credit Scheme, signed by President Muhammadu Buhari, some companies, following approvals, have taken up the responsibility of repairing some of the dilapidated roads in the country.

Some of the Infrastructure Tax Credit Scheme participants so far include the Nigerian National Petroleum Company (NNPC), MTN Nigeria Communications, Transcorp Group, Access Bank, GZI Industries, Mainstream Energy Solutions, BUA Group, Nigeria LNG (NLNG), and Dangote Group. Companies participating in this scheme are eligible for tax credits that can be applied to their future corporate income tax in the amount of project costs paid during the building or renovation of the relevant roads.

Dangote Cement Plc was awarded a tax credit certificate worth N22.3 billion to construct the Apapa-Oworonshoki Ojota road in Lagos and the Lokoja-Obajana-Kabba road connecting Kogi and Kwara states.

The Federal Executive Council also approved the construction of five roads in the country worth N309 billion, totalling 274.9 kilometres, to the Dangote Group. The roads are located in Borno, Kaduna, Lagos and Ogun states. They are Bama to Banki in Borno State, 49.153 kilometres; Dikwa to Gamboru Ngala (Borno), 49.577 kilometres; and Nnamdi Azikiwe Road, popularly known as Western Bye-Pass, in Kaduna State, 21.477 kilometres.

Others are the Deep Sea Port access road Sections I and III in Lagos State through Epe to Sagamu Expressway, 54.24 kilometres, that links Lagos and Ogun States; and the Obele Ilaro-Shagamu Road in Ogun, 100 kilometres.

The NNPC has been given the nod by the Federal Government to construct 21 roads, across the six geopolitical zones in the country worth N621.23 billion over the next three years.

The NLNG was also issued a tax credit of N37.3 billion, in respect of the construction of the Bonny-Bodo Road, in Rivers State.

In addition, MTN is handling the 110km Enugu-Onitsha road in Anambra State; Transcorp has been given the approval to construct the 13.5km Oyinbo-Izuoma-Mirinwayi-Oklama-Afam Road in Rivers State; Access Bank is to construct Oniru axis of VI-Lekki circulation road in Lagos State; while GZI Industries is to reconstruct the 3.7km Umueme Village Road in Obingwa Local Government Area of Abia State.

The scheme is helping to bridge the gap in road infrastructure by leveraging private sector capital and efficiency for the construction, refurbishment and maintenance of critical road infrastructure in the country. The scheme is to be in force for a period of 10 years, and participants in the scheme are entitled to utilise the total project cost they incur in the construction or refurbishment of any eligible road as a credit against company income tax payable within the said period.

“The government gains from meeting the demands of such roads and advancing its economic and political goals, while private businesses profit from less of their net tax return being diverted into construction. It’s a win-win for all,” said Dean-Rose Ajayi, publicity and publication secretary of Society of Women in Taxation, an arm of the Chartered Institute of Taxation of Nigeria.

According to a report by Jackson, Etti and Edu, a Lagos-based commercial law firm, with an average annual budget of approximately $29 billion over the past 10 years, only about 30 percent of that amount was allocated to capital expenditure. The critical infrastructure deficit in Nigeria is expected to reach $3 trillion over the next 26 years. However, with the Federal Government encouraging private sector participation in the provision and maintenance of critical infrastructure across the nation, this deficit could be lowered.

“Asking the companies to build roads will help develop the country and the corporations save a significant amount of money. Thus, this incentive will motivate private-public partnerships,” said a tax expert who preferred to be anonymous.