There is a need to pay attention to the growth in online fraud which could threaten digital banking success, as Nigeria continues to embrace electronic transactions and push for financial inclusion.

According to the Nigeria Inter-Bank Settlement System Plc (NIBSS), in the first nine months of 2020, fraudsters attempted 46,126 attacks, and they were successful on 41,979 occasions, 91 percent of the time.

These numbers show that internet penetration, mobile phone usage, and agency banking activities are all increasing but the country’s financial fraud rate peaked as well.

These five charts tell the story

According to the most recent data by the Nigeria Inter-Bank Settlement System Plc (NIBSS), in the first nine months of 2020, over N5.2 billion was lost as a result of fraud in the banking sector. This is the highest in over 4 years even though it is only a nine -month period. 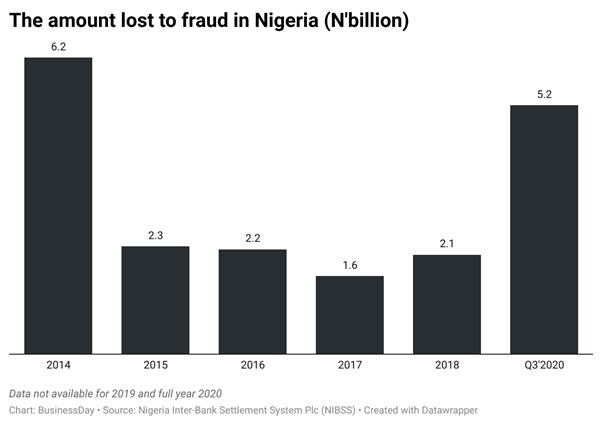 According to NIBSS, the spike in 2020 was as a result of the pandemic which caused people, businesses, and the government to take their businesses and social connections online.

The NIBSS identified social engineering, no 2-factor authentication, PIN compromise, card/phone theft, fake assistance, and several others as the major methods for fraudulent activities. The most common was social engineering which involves manipulating people to give out confidential information and bank details. The most common is receiving text messages or emails from fraudsters pretending to be bank personnel. 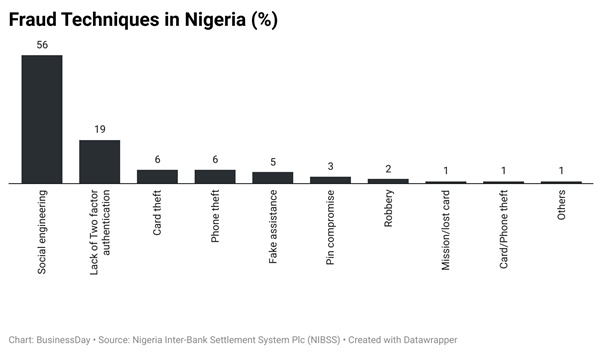 Online, Mobile and ATM were the most channels through which people were defrauded

Fraudsters carried out their acts through the web, mobile transaction and ATM machines. 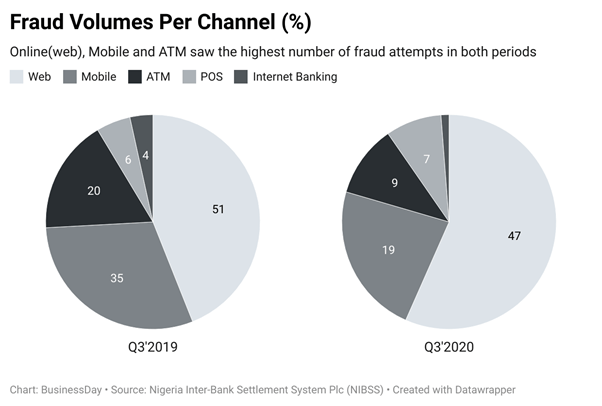 Nigeria is the worst hit among these countries

While fraud is not peculiar to Nigeria alone but it appears to be the worst hit by a wide margin.

Most countries recorded almost no case of fraud but Nigeria saw a total fraud value of N3.3 billion in Q3’2020 compared to 499 million in the same period of 2019, according to NIBSS. 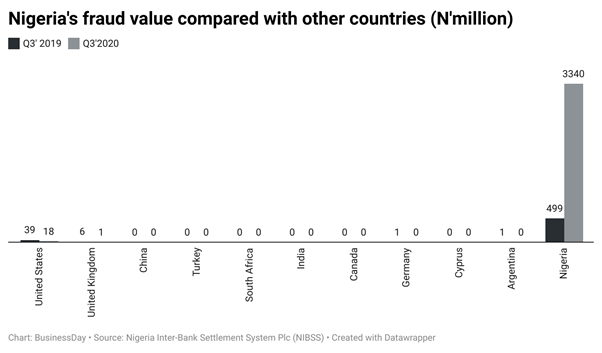 According to NIBSS, a total of 48,767 persons were defrauded in the period. Of this number, people over 40-years of age fell prey to fraudsters the most, with 33.97 percent accounting for the total number of defrauded persons. 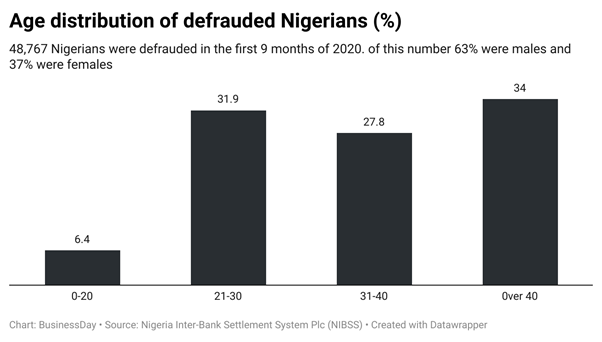 Interestingly, people ranged 21 – 30 were the second most defrauded at 31 percent. Those aged 31 – 40 account for 27 percent, while people below 20 were the least defrauded with 6 percent.

Facebook plans change of name to focus on metaverse