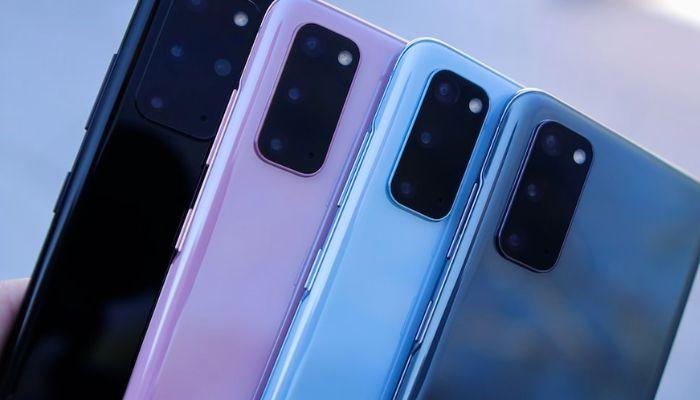 Beyond the struggle to become a smartphone-manufacturing country, Nigeria can tap into smartphone supply chain processes as the peculiar nature of the industry ensures that no one country can manufacture all the components.

These supply chain processes, which come in phases, can generate more revenue if Africa’s biggest economy leverages its natural resources, and provides adequate funds for research, infrastructure, and electricity, amongst others.

The initial stage of the smartphone production (supply chain) process involves the extraction of raw materials. During this stage, adequate research is carried out to have a basic idea about the different materials used in different components of the smartphone, which depend on the type and model to be produced.

This stage is majorly carried out by the Original Equipment Manufacturers (OEMs).

Smartphones connect every element on the planet and contain up to 75 of the 118 elements on the periodic table.

The raw materials are used mostly to make the primary components of smartphones.

China remains the largest supplier of raw materials for all electronic production globally. These raw materials are extracted from inside the ground and shipped to refineries and factories.

Silicon, one of the most common elements in the earth’s crust, is used to make a billion transistors in the chips that power smartphones.

Gold is used for electrical wiring – about 0.03 grams of it in each phone.

When it comes to making touch screens for smartphones, indium metal is used. For batteries, lithium is one of the key elements, and it is only mined in a handful of countries including Nigeria.

Chile used to produce the most of lithium, but in recent times, Australia now has the biggest market share.

Many rare-earth elements are also extracted for producing smartphone screens, speakers, and the motor that makes smartphones vibrate.

About 85 percent of the rare-earth element, according to research, are produced in China and are hard to extract without producing toxic and radioactive by-products.

However, Nigeria can tap into this particular smartphone supply chain, being endowed with most of these mineral resources.

In the country, different states are known to extract most of these mineral resources but will require extreme funds for research to put up the elements together.

Research conducted by BusinessDay shows that states like Kano, Taraba, Imo, Enugu, and Akwa Ibom have mineral resources like copper, lead, and zinc.

On the other hand, silicon, the most needed component used in making chips – the life of every smartphone – can be found in states like Delta, Ondo, and Katsina.

Lithium, the major component used in making smartphone batteries, is present in states like Kogi, Nasarawa, Kwara, and Plateau

Meanwhile, the Democratic Republic of Congo produces more than half the world’s cobalt, another crucial element in smartphone batteries.

Smartphone makers are under pressure to ensure their cobalt is responsibly sourced, and about 80 percent of the cobalt is refined in China.

Manufacturing is the process of making the components that go into the phones. In the case of iPhones, Apple designs and sells but doesn’t manufacture its components.

Assembling is the process of taking the entire individual component built by the specialist manufacturers and combining them into a finished phone.

Most of the manufacturing process of an iPhone consists of buying all the products from the OEMs and assembling them in good factories.

Smartphone brands like Apple source their materials from all over the world in an attempt to offer the very best technology at the lowest possible price. They are willing to secure the globe to get the best component manufacturers.

Nonetheless, the major suppliers of these components are companies in South Korea, China, Taiwan, Germany, Japan, and India, among others.

These manufacturing facilities are only part of two manufacturing companies Foxconn and Pegatron. These Taiwanese firms manage iPhone production and ensure that the completed phones are delivered with the quality standard Apple requires.

The massive Foxconn plant is located in Zhengzhou, China, and iPhone City is a factory that spreads across 2.2 million square miles. One of the significant advantages is its fantastic assembly line.

The Foxconn factory approximately employs 350,000 people and currently assembles the majority of Apple’s iPhones in its China location.

This test includes simple browsing and water test, among others, to ensure that the smartphone meets the standard.

The testing stage stands as the last opportunity for developers and manufacturers to make any changes in the design and specification of the phones.