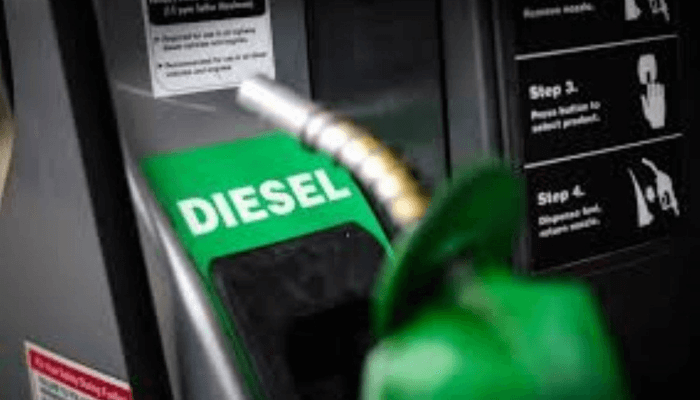 The sudden increase in the prices of diesel, aviation fuel and other commodities has left many Nigerians and businesses reeling.

Oil prices have surged some 50 percent since the beginning of the year, with Russia’s invasion of Ukraine and resulting Western sanctions roiling global energy markets.

On Tuesday, a Reuters poll of analysts showed a consensus for Brent prices to average just over $107 per barrel in the second quarter of this year, with some experts eyeing $130 per barrel in the aftermath of the EU’s partial ban on Russian imports.

With the above development, the International Monetary Fund has warned Nigeria could pay out as much as N6 trillion in oil subsidies in 2022 if oil prices continue to rise and urgent actions are not taken to reverse the trend.

Since the war, the price of diesel has risen from about N288 per litre in January to over N720 in May.

Diesel stocks were already tight globally when Russia invaded Ukraine and the West responded with sanctions that, though not targeted its energy industry, had a crippling effect. Europe’s shift from petrol to diesel further exacerbated the problem.

Commodity traders were shunning Russian diesel because of the sanctions as well as payment headaches and transportation challenges, as many European ports have banned Russian vessels from docking. These actions have ripple effects across the world, and Nigeria is not immune to them.

The impact locally has been higher costs of energy, pushing up prices of commodities and food as producers find it increasingly difficult to power factories, storage facilities and transport both raw materials and finished goods.

On Thursday, the Nigerian Association of Road Transport Owners (NARTO) called for an upward review of the freight rate for Premium Motor Spirit due to the high cost of diesel in the country.

NARTO is also asking for access to foreign exchange at official rates for its members for procurement of spare parts for their vehicles to ensure safety and stability in the distribution of petroleum products across Nigeria.

“Businesses cannot be sustained on subsidies or palliatives. Businesses should be allowed to run according to market forces,” Yusuf Othman, NARTO’s president, said.
Exorbitant flight price

The cost of air travelling has also increased significantly in recent weeks, following the bullish trend in the global market that pushed the prices of jet-fuel higher, forcing most flight operators to reduce their flight frequency.

In February, airlines increased the base fare for economy flight tickets for domestic routes from about N35,000 to N50,000, citing high costs of operations – a development that sparked agitations from passengers and government agencies.

Airline Operators of Nigeria had threatened to go on strike on May 9, claiming that the cost of aviation fuel had risen to about N700 per litre from N190 per litre.

The strike was, however, called off after appeals by the Federal Government and other stakeholders in the aviation sector.