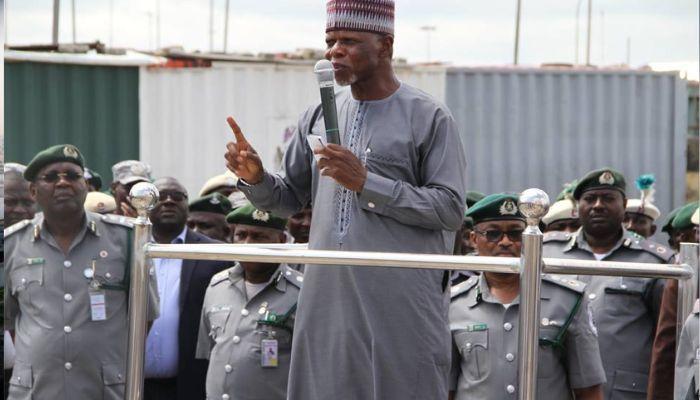 Businesses in Nigeria that depend on imports for production inputs are losing billions of naira yearly to demurrage charges paid to international shipping companies for delays in taking delivery of imports from the ports, industry stakeholders told BusinessDay.

Demurrage charges, which could be avoided, accrue on imported containerised goods due to Customs cargo inspection and clearing processes that make containers to dwell longer at the port.

A recent study by the Nigerian Shippers’ Council (NSC), the port economic regulator, revealed that in Nigeria, it takes an average of 20 days for a ship to turn around and 21 days for importers to get their containers out of the port.

BusinessDay gathered that in the neighbouring Benin Republic, ships visiting the Port of Cotonou discharge containers in two days, and a container is cleared in seven days, with only three or four documents to fill.

In Nigeria, containers dwell for 21 days and importers of containerised goods get five demurrage-free days from the day the vessel berths, after which the demurrage starts to count.

After the fifth day, the cargo owner would be expected to pay the shipping company for withholding the container at the end of the demurrage-free days.

Hassan Bello, the immediate past executive secretary of NSC, said importers paid over N50 billion worth of demurrage in 2020, describing the payment of demurrage as a sign of inefficiency and lack of competition among service providers.

According to him, Nigeria ought to have a contactless port that is digital and technology-driven.

Citing an example, Bello said that the Port of Singapore does not have dwell time for cargo as containers exit as soon as they come.

On the way forward, he stressed the need to automate port processes to become digital and electronic-driven to cut down on the payment of demurrage in Nigerian ports.

“Nigerian ports need cargo inspection infrastructure such as electronic scanners, which have the capacity to examine containers in five minutes rather than physical examination that takes five hours,” he added.

Afolabi Olowookere, managing director/CEO of Analysts’ Data Services and Resources, said high bureaucratic clearing process, multiple agencies at the port, and poor logistics infrastructure had put Nigerian port among the most expensive ports to do business in.

He said there was a need to create a single window for cargo inspection and eliminate human contact at the port.

According to him, the consignee would not need to move individually to Customs, Standards Organisation of Nigeria, Quarantine, and the National Agency for Food and Drug Administration and Control to undergo the same process if there is a single interface for all the agencies responsible for cargo inspection at the port.

Citing an example with the World Bank Logistics Performance Index (LPI) used to measure the efficiency of Customs clearance process, he said Nigerian ports lagged behind its West African peers due to manual processes and bureaucratic bottlenecks.

According to Olowookere, Nigerian ports can only compete favourably with peers if the cargo inspections processes are automated, bureaucratic bottlenecks are removed, and more infrastructures are built.

“Nigeria needs to leverage technology to improve efficiency and the ease of doing business. Allow inland waterways to serve as an alternative mode of transportation that is cheaper and can decongest the seaports,” he added.

According to Oyina, the cost of doing business in Rivers Port is very high as charterers are compelled to pay demurrage and freight at risk due to the security concern along the channel.

“It takes up to 5 hours to clear vessels at Rivers Port, which goes a long way to affect the turnaround time of the vessel. It also takes about 14 to 21 days to turnaround the vessel, which results in the payment of demurrage to the shipping companies as some ships take about $30,000 per day as maintenance cost, which must be catered for,” he added.