Lagos: Home of the hustler 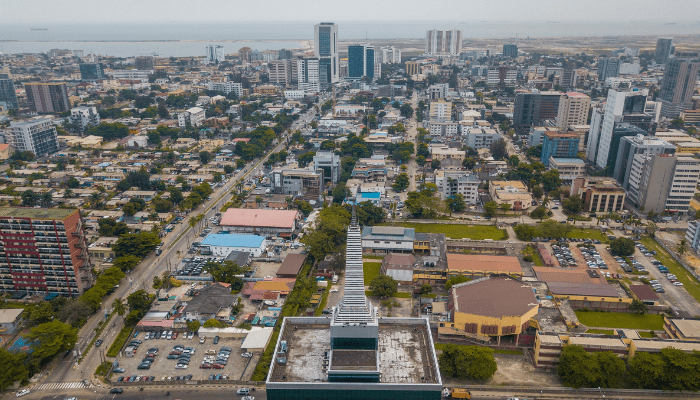 A few months back, I had a discussion with a friend; he left Abuja for Lagos in pursuit of his dream of building a software development company, that conversation set the tone for a couple of questions that welled up in my mind. Such as:

Why Lagos?
Why leave everything you have ever known with nothing but a heart willing to succeed?
And I dare say that the answer to these questions can be found in Lagos itself, even its air is different. The hustle mentality in Lagos is so infectious; it is unavoidable.
What is the first thing that comes to your mind when you hear about Lagos?, is it the danfo buses or the blaring of horns that start as early as 4am?.

Even though Lagos is all of these things; it is largely made up of very driven residents, this has always piqued my curiosity; how despite the many challenges or obstacles, the city of Lagos has risen to be the financial center of Africa with an annual GDP of 1 trillion Naira. Over time, I have noticed how people perceive Lagos as some kind of Holy Grail they need to access for their dreams to come true; and rightly so, Lagosians have this “hustler” mentality that is unmatched, the mentality that believes that no matter the frequency of the falls along the journey, rising up is non-negotiable.

It is an admirable trait and one that can easily rub off on a non-Lagosian; it just draws you in. The economic viability of Lagos state is so significant that if it were a country; it would be the largest economy in Africa. Little wonder that it houses the headquarters of a number of commercial banks and conglomerates that have chosen to open business activities in Nigeria as a whole.

Apart from being a major commercial powerhouse, the population of residents is also a force to reckon with; apart from that being an avenue for manpower, it also provides a ready market for future business prospects. It is amazing just thinking about the possibilities.
The density of business opportunities in Lagos is as complex as it is alluring; every industry is represented in the small but mighty city. And the best part is, you cannot tell the glorious economic story of Lagos without its residents, the springing up of small businesses, the daily transactions, the factories, the schools even the street food and night life tell a story. Every single establishment tells a story of hustle, grit and the hunger to rise.

Lagos itself tells a story of grit and perseverance; I love to look at it that way, despite the fact that the Central Bank of Nigeria headquarters (CBN) was moved to Abuja, Lagos is still very much acknowledged globally as the financial and economic hub of Nigeria and Africa as a whole. Every little part has a story to tell, from the bricklayer contributing to the construction of Eko Atlantic City to the traditional rulers that the locals hold dear.
If you have a unique drive to succeed and you find yourself attracted to Lagos, it is not unusual; despite the saturation of businesses in different industries, the opportunities are still endless and call to every visionary globally.

There are a couple of key points I have taken from the unique story that is Lagos:
Small does not mean that you are incapable of making impact, size does not matter
There is strength is numbers
Every single part of you tells a story, even the parts you think are most significant; no piece should ever be disregarded.
Welcome to Lagos, the home of the hustler.

Karla Abua for wheninlagos.com, which is your source for local lifestyle news. We curate the things that matter to you the most and highlight great things to do, attend, view, and eat When in Lagos.

I Cheat and I don’t regret it

Healthcare in the ‘Golden Years’: Who gets the bill?