The future of Human Resources 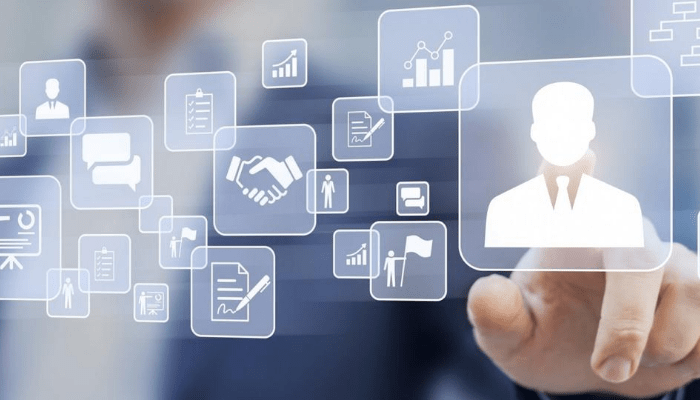 The world of work has evolved rapidly in the past century having faced several revolutions. The first industrial revolution began in the 18th century it resulted in mechanization, enabling access to energy produced by steam engines.

The world of work has evolved rapidly in the past century having faced several revolutions. The first industrial revolution began in the 18th century it resulted in mechanization, enabling access to energy produced by steam engines. Whilst the 19th century gave us a new source of energy brought to being by gas; oil and electricity making the combustion engine possible, in so doing changing the means of transport across the globe.  The 1960s led us into the third industrial revolution bringing us electronics and introducing us to the computing power of robotics. Whist the past few decades has created an information age that has driven globalisation, established the knowledge economy, and changed the face of work forever.

The landscape of the future will no doubt have the biggest impact on human capital and those who care-take it. In the sphere of low-medium technology within the next decade futurists have already described new roles: Distraction Prevention Coach and Enablement Coach. The Distraction Prevention Coach seems pretty self-explanatory as a role but its impact cannot be overstated with most employees spending an average of two and a half hours checking their phones, this excludes actual usage of the phone just the checking of it. The impact of which has ramifications long after the smartphone is put away. An example of this taking 11 minutes after reading a message to regain concentration and focus on the task at hand.

Furthermore, the reading of the text can double the error rate of completing the most basic of tasks. The ability to remain focused is not only due to technology but also prolonged periods of stress which result in cortisol and adrenalin hormone production. These hormones produced over the long term can result in reduced focus and productivity. The role of the Distraction Prevention Coach is to assist in increasing focus and productivity as well as aid employees in stress management in order to be healthy and produce their best quality work for their organisation.

The focus on employee wellbeing in the future is anticipated to also give rise to the role of an Employee Enablement Coach. This position will support employees from when they are hired until they retire to ensure that they are valued, their contributions recognized, fairly remunerated, participate socially, have beneficial work , the freedom to innovate and have a healthy work live integration. In essence the employee enablement coach advocates for employees who are engaged, productive and committed to the success of the organisation as a whole by creating tailor made individual enablement strategies and plans for all staff.

From the 18th century, every revolution has brought with its advancements as well as challenges to humanity the fourth revolution will be no different. It is clear that the future of work isn’t just awaiting the fourth industrial revolution’s technological advancements but also its impact on humankind. How to prepare from a human capital management perspective to ensure both the productivity as well as the sustainability of our workforce is a question that should be at the forefront of many leaders’ minds. To lead the workforce the role of Human Resources has to evolve from traditional functionality to include being experts in technology, understanding futuristic trends, human behaviour and productivity. The agility in both thought and execution must extend not just to customers but also employees in order to effectively acquire the attention of our staff.

Vumile is the Chief Executive officer for Hesed Consulting which a coaching and consulting firm specializing in commerce acceleration; career coaching; women empowerment; facilitation and training on the African continent, with presence in Nigeria; South Africa; Botswana; Rwanda and affiliates in Namibia; Ghana and Uganda. She has previously worked for reputable multi-national institutions such as Barclays, Investec, Nedbank, First National Bank and Vodafone. Vumile is an Operations; Finance and Strategy executive with experience in both the telecommunications and finance sectors. She has successfully led global teams in Africa (Nigeria; Kenya; Democratic Republic of Congo; Zambia; Lesotho; Ghana; Tanzania; Mozambique and South Africa); and Europe (Scotland; Isle of Man and England).

As a coach Vumile has carved a niche for herself in career coaching. She also services clients in Executive; Financial; Speaking and Mentoring coaching. Vumile is an avid coach and international speaker having spoken in conferences; expos; workshops around the globe on topics such as leadership; women empowerment; finance matters and conducting business in Africa. She is the host of Vumi and Veuve host Women in Commerce as well as has her own regular own radio slot in Botswana’s Duma FM and South Africa’s Kaya FM.

A night of unity, culture & African fusion with Bakare Mubarak; The tallest…