SS Apapa: Tragedy At Sea and The Irony of History

In the glory days of steam ship travel, there once was an ocean liner named the SS Apapa. Not to be confused with two other tragic ships that bore that name, this particular vessel has a particularly interesting place in our history. The good lady named Apapa lies on the ocean bed, two nautical miles off the coast of the principality of Wales in the United Kingdom. The tragic loss of this fine vessel is all the more compelling due to her links to other tragedies at sea. SS Apapa through bitter twists of fate will forever be remembered, not only for the tragic circumstances that befell her, but also for historical ironies that will forever associate her with three other nautical mishaps. 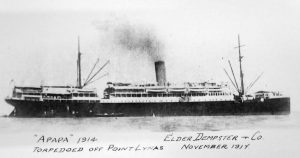 When she was lost, she was under the command of a Captain Toft who merely months before, whilst captaining the SS Abosso (built by the same shipyard as the Apapa) was torpedoed and sunk off Southern Ireland on his way to Liverpool from the Lagos port of Apapa . Further irony lies in the fact that SS Apapa was built at the same shipyard as the famous RMS Titanic which struck an iceberg in the North Atlantic Ocean on her maiden voyage, another irony of history is that Apapa shared some identical fixtures with the Titanic. Decades after Apapa was lost , on the 15th of November 1940 the identically named MV APAPA was bombed and sunk by a German FW 200 Condor aircraft, two hundred miles from County Mayo in Ireland.

How ironic it is that the second Apapa was making the identical voyage from the Lagos port that shared her name to Liverpool. The third historical irony associated with the vessel took place on-board the third ship to bear the same name. The third vessel Apapa, whilst completing her 168th voyage from Liverpool was boarded by rogue elements of the Nigerian army at Lagos. All Africans on-board (including passengers and crew) were assembled in the dining room and segregated according to tribal affiliation. Despite the efforts of the Captain insisting that the passengers and crew were under his protection and his invocation of the authority of the British Flag; certain individuals were marched off the vessel under armed escort never to be seen or heard from again. 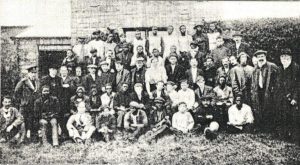 On the 30th of September 1914 an order was placed to Harland and Wolff shipyard to construct a passenger liner for the Elder Dempster Shipping Line, she was completed and christened Apapa on the on the 4th of March 1915. Upon completion, she was one of the most luxurious and fastest members of the Elder Dempster fleet. Her ship plans give a remarkable insight into the conditions on board. There were 77 rooms for first class passengers, a gymnasium, cocktail bars, a large team of stewards, and for entertainment a violinist, pianist and cellist were on hand to provide musical accompaniment as and when desired. She regularly made the passage between the United Kingdom and the west African coast, calling at Lagos, Lomé, Accra, Freetown, Plymouth and Liverpool. Shortly after she was launched, the outbreak of the first world war caused her to be commandeered by the British Merchant Navy, defensively armed and put to service for King and Country. 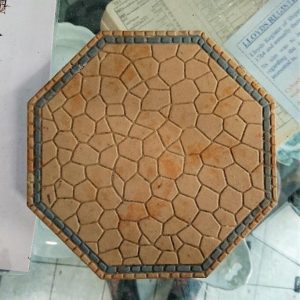 On her final voyage, she departed Apapa port laden with a crew of 132 British and African seamen, 119 passengers and a cargo of West African produce. She was in a convoy of six Royal Navy destroyers and three other liners. Having been escorted to what was believed to be safe waters, the accompanying destroyers wished the liners under their protection Godspeed to their destinations and left them to fate. Upon arriving at the Welsh coast, they encountered rough sea conditions and Apapa strayed off-course, lost contact with the other two vessels in her convoy and unfortunately, came in the sights of a German U-boat.

On that cold wintry night, the SS Apapa zigzagged, asper anti-submarine procedure, and was making her way back on course. Unbeknownst to the passengers and crew, tragedy lurked beneath the waves. A German U-96 Captained by Heinrich Jeß, had sighted the Apapa’s high promenade, took aim and fired a K.11 torpedo which struck her starboard side towards the stern. Captain Toft rallied his crew and began evacuation procedures. The passengers were loaded onto the life boats (women and children first), whilst buffered by the high winds and the choppy seas they began lowering the boats laden with the panicked cold and shaken passengers. With Apapa still in his sights Captain Jeß, took aim and ordered a second torpedo to be fired; the second torpedo hit, destroying lifeboat no. 9 and injuring passengers in others. With Apapa in a precarious state, panic set in, with passengers jumping into the ocean. To the good Captains credit six Lifeboats survived the onslaught and were safely lowered into the water. As Apapa listed, lifeboat no. 5 was struck by shrapnel and boat no. 4 was caught in the suction caused by the Apapa going under and disappearing beneath the surface with, Captain Toft choosing to remaining on the bridge as she sank.

On that night, the seafaring life of the first vessel named Apapa came to its tragic end, amongst the deceased were Arthur Hebbes of the 4th battalion, Nigeria Regiment, Isaac Pepple a fireman of Nigerian origin, James Thomas a West African residing in Liverpool and Harold Hunting a trader from Sierra Leone. The survivors were treated at shore by Jane Henrietta Adeane who was an associate of Florence Nightingale and they received the best care that wartime Wales could offer. Hours following the sinking of the ship, a steamer caught sight of the figure of a man floating in the sea. A lifebuoy was thrown in the hope that he was alive, he caught hold of it and was winched aboard; the person in question was a cold and dishevelled Captain Toft, a survivor of two ironies of maritime history and the hero of the SS Apapa.

The Apapa lay undisturbed in her watery grave for 55 years until 1972 when her wreck was discovered, resting upright under almost 200 feet of water. The African Merchant seamen that served in the first world war were not recognised as British subjects and their families sadly received no compensation for their loss. We remember her and the 77 passengers and crew that lost their lives that tragic night.

Tragedy at Sea and The Irony of History

Imasuan Okungbowa is a lawyer and a member of the Nigerian History Group.

The prosumer as a new market force

Explainer: Why demand for aircraft spares is rising in Nigeria