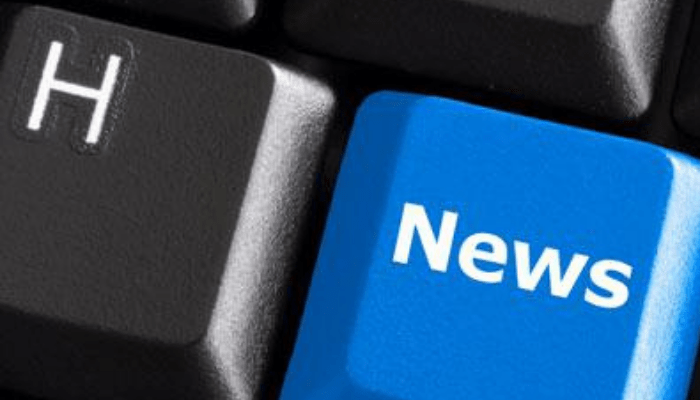 The Federal Capital Territory High Court in Abuja Thursday, nullified its earlier order, jailing Abdulrasheed Bawa, chairman of the Economic and Financial Crimes Commission (EFCC), for contempt. Chizoba Oji, a judge at the FCT High Court at Maitama, convicted Bawa for contempt of court but ruling on an application filed by Bawa, Oji set aside her decision of October, 28, which ordered the Inspector-General of Police to arrest the EFCC boss with a view to incarcerating him at Kuje prison in Abuja. In the application dated November 10, Bawa cited relevant sections of the Nigerian constitution and procedural laws of the court, urging the judge to quash his conviction. Ruling on the request, Oji said she was satisfied that the EFCC Chairman did not disregard the court’s orders, asking him to release seized assets belonging to Rufus Ojuawo, a retired air vice marshal.

Eight Nigerians elected to top political positions in US

Eight Nigerian Americans have been elected into top political positions in the just concluded US midterm elections. Segun Adeyina, Gabe Okoye, Solomon Adesanya, Tish Naghise and Phil Olaleye were elected representatives for different districts of Georgia State. Carol Kazeem was elected representative in one of the districts 159 of Pennsylvania State. Oye Owolewa and Esther Agbaje were both re-elected to their previous positions. Owolewa returned to the US House of Representatives (Shadow Representative) in Washington DC, while Agbaje won her seat for Minnesota State Representative in District 59B. Abike Dabiri-Erewa, head, Nigerians in Diaspora Commission (NiDCOM), while congratulating the politicians said they have not only brought fame to themselves but have also represent good image of Nigeria. Dabiri-Erewa noted that their election shows their leadership prowess and ability to succeed. She also congratulated the Nigerian American Public Affairs Committee (NAPAC), a diaspora professional organization in the US that collectively mobilizes support for Nigerian Americans involved in politics and public service in the US.

Naira on Wednesday gained 16.09 percent against the dollar in three days, after it lost 36.52 percent of its value in almost 11 months at the parallel market. The appreciation of naira was attributed to moderation in demand amid increased supply of dollars at the unofficial market. After trading on Wednesday, the dollar was quoted at an average rate of N766.66/$ compared to N890/$ quoted on Friday. Between Tuesday and Wednesday, the local currency appreciated by 3.91 percent from N796.66 and N766.66, across the Southern and Northern region of the country. Naira has been falling in the last few years, depreciating to a peak of N890 per dollar on Friday, from N565/$ at the beginning of the year. This represents 36.52 percent loss over the greenback. In Lagos Street market, dollars exchanged at between N760 and N780 at the end of trading day from N790 and N810 on Tuesday.

The federal government on Thursday warned that it will not sit by and allow the micro-blogging site, Twitter or any other social media platform to throw Nigeria into crisis. Lai Mohammed, minister of Information and Culture, who gave this warning at a joint briefing with the Minister of Aviation in Abuja, said reports have revealed a spike in fake news, disinformation and hate speech since the business magnate, Elon Musk took over ownership of the micro-blogging site. He said the Nigerian government is closely monitoring the evolving developments on Twitter. According to him, the issue has elicited a lot of inquiries, particularly from the media, and bordering on what will become of the government’s agreement with Twitter in view of the change in its ownership.

The deputy UN chief Thursday told the Security Council that the growth of terrorism is a major threat to international peace and security, currently felt strongly in Africa. Amina Mohammed, deputy UN Secretary General, on behalf of Anthonio Guterres, UN secretary General said, terrorists and violent extremists including Da’esh, Al-Qaida and their affiliates have exploited instability and conflict to increase their activities and intensify attacks across the continent. “Their senseless, terror-fuelled violence has killed and wounded thousands and many more continue to suffer from the broader impact of terrorism on their lives and livelihoods,” he said. The UN chief said over the last two years, some of the most violent affiliates of Da’esh have expanded, increasing their presence in Mali, Burkina Faso and Niger as well as southward into the Gulf of Guinea. “Terrorist and violent extremist groups aggravate instability and human suffering. And they can plunge a country emerging from war back into the depths of conflict,” he added.