Are you ‘Thrice’ as tall? 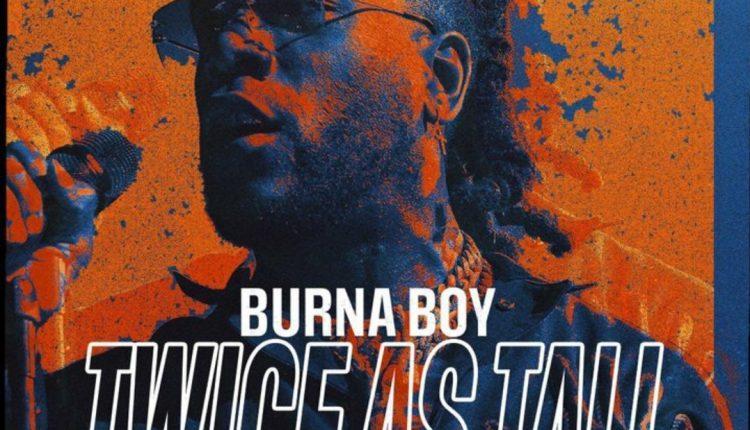 Over the years Burna boy has shown the world that the most important element to become an outlier in any industry is your drive and passion to seek for daily improvement both in your craft, relationship and more importantly, your team.

Damini Ogulu popularly known as Burna Boy is a native of Ahoda town in Rivers State, Nigeria. He began making music at just ten years old when a fellow classmate at school gave him a copy of the production software FruityLoops. Armed with these means, he began to create his own beats on an old computer. After he graduated, he moved to London to attend university, but he dropped out after two years and moved back to Nigeria and his return to Nigeria was the beginning of a journey that will build him into one of Africa’s greatest exports – The African Giant.

The 29-year-old was introduced to the mainstream media when he released his first studio album – L.I.F.E. That album sold over 40,000 copies on the day of its release. In just a matter of few years after he released his first album in 2013 he has gone ahead to release 5 studio albums (the most recent being Twice as Tall), he has been nominated for a grammy, performed at Coachella, had a collaboration with the best of the best artists in the industry both local and international and also, he just became Twice as Tall.

Taking a close look at the success of Burna Boy’s career, his evolution seldom lies on some key success principles. Let us step back and see where he got things right, maybe we can learn a few things from him.

He has an A’ Team: The Famous John Maxwell said: “Teamwork makes the dream work”. When it comes to Burna Boy’s success, you can see clearly how the power of teamwork is taking him to greater heights in the local and international industry. As a creative, you should work towards having a powerful team and create strong partnerships with your peers in the industry. Burna Boy being signed under Aristotle records knew that if he has to become a global brand, he has to close a deal with an international record label so his partnership with Bad Habit/Atlantic Records in the United States and Warner Music Group internationally has been nothing but a spaceship to his career. As a creative, you need to make sure that you have the right people in your team. The right promoter, the best lawyer, the best producer, vocal coach and more importantly the best manager because it gets to a point where you will grow from a personal brand to business. That means your style, creativity, music and delivery will be the business and you need the right people around you to make that business a profitable one. As much as you have your own style and delivery you should also know that ‘no man is an island’. If there is anything you should really take seriously in your creative business, it is partnerships. Learn to partner with other creatives and if you can take your partnership international, good for you. Burna Boy made sure he partnered with some key artists in his “African Giant” album. That move alone didn’t just open so many doors for him in the international market it also positioned him as the global standard that hailed from Africa. You can see that in his “Twice as Tall” album he also strategically partnered with the best producers and musicians in the industry. We can’t fail to commend the strong force he is currently creating with Diddy.

Just like Burna Boy Your team, record label (management) and the partnerships you have can take you further in your career. Your gift and creativity are not just for Lagos or the next “Social Media Week” or one of those events we do in Lagos. Your gift is for the world so you have to partner with the right people and build an “A-team” that can launch you to the international audience. Stop thinking local. Bless the world with your gifts and not just ojuelegba.

Is Lamba the way forward?

Sometimes I ask myself ‘What is the future of the “Nigerian Music Industry”. When we have the Asa’s and Chike’s that give us timeless music that has been well written and researched, we also have the “others” that all they do is to lamba. Freestyling with no content. Apple spends over $16 Billion on Research and Development. Tim Cook doesn’t just freestyle and creates a product. The Apple Team looks at the market’s needs and builds a technology that can best suit the needs of the market. Why can’t musicians and creatives also look at the needs, problems and history of their target market and create art that can best suit that market? Beyonce is someone that spends time and money in Research and Development for an album even before she gets into the studio. When you spend time doing this, you will know who to feature in the album, who will produce a track and the outlets you need to partner with. Burna Boy is one of the so many few artists that spend time researching a body of work before he even starts writing. He pulled that off in the African Giant album and you can see a similar pattern in the Twice as tall album especially on Track 12 – Monster you made. As a people, we need to tell our stories and pass our values down to the next generation. What better way to do that than through Music? Gen Z needs to see why we are the way we are and why our leadership is the way it is. So it’s the role of the Millenials, Baby boomers and Generation X to tell the African story. Lamba won’t build the minds of the younger generation. We need rich contents that are both entertaining, educative and inspirational so we can build the minds of the future generation and build the Africa we desire.

However, as much as we have to spend time in research and development we should not lose our essence, our originality. This is one of the reasons Burna boy is twice as tall. From the days of “abeg, abeg, abeg” to the days of “Monster you made” Burna Boy has always been consistent with his originality. His voice, production and delivery always have a “burna” tune to it. He calls it the “Afro-fusion”. This is a strong lesson artists and creatives need to learn from Burna Boy. Don’t lose your originality because you want to be liked or popular or maybe you just want to cash out for the short term. Always think about 10 years from today. Can your music still be essential in 10 years time? Can it be a sound that people can vibe to in 10 years time? You have to think about timelessness when creating your art. You have to think beyond today. You have to think beyond your stomach and create art that mirrors your originality. Your originality makes you different and it helps you to stand out. There can never be two Asa’s or two Adekunle Gold’s. We have one 2baba and there can never be 2 African Giants that are Twice as tall. Your originality is your essence; so don’t lose yourself in the name of popularity.

In summary, the industry has seen and experienced progress so far and Burna Boy is one of the strikers shooting the African narrative into the goal post of global excellence. We can all be Twice as tall like Burna Boy but you reading this right now, you can be more. You can be Thrice as tall if only you have an A-team, you don’t succumb to lamba and also you stick to being you – original.

As a creative, you have 3 choices to make right now. Give in- be normal and be the same with everyone, Give up- let the overwhelming nature of greatness crumble and crack you or…

Give it all you got and let the world know that you are Thrice as tall.