What monetary, fiscal authorities can do to curb FX pressure 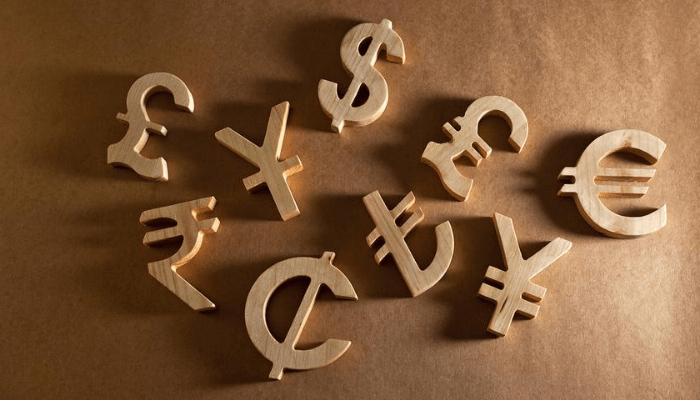 The banking and financial market is currently facing foreign exchange liquidity challenges, leading to weakness in the value of the local currency.

Nigeria’s Naira has been under pressure at the Nigerian Autonomous Foreign Exchange Fixing (NAFEX) and the black market since March, due to declining external reserves and falling crude oil prices occasioned by the outbreak of Covid-19 pandemic.

As of Monday, dollar sold at N472 on the black market and around N388 at the Investors and Exporters (I&E) foreign exchange window.

But in 1980, Naira exchanged at 80 kobo per dollar. Nigeria was then far more productive in 1980 than it is today, say analysts.

Nigeria’s citizens then rode in locally assembled cars, buses and trucks. Peugeot cars were assembled in Kaduna, and Volkswagen cars in Lagos, among other contributors to strong economic growth at that time.

In his inaugural address after assuming office as the governor of the Central Bank of Nigeria (CBN) in June 2014, Godwin Emefiele indicated that his mandate would be to ensure that the CBN was more people-focused, as its policies and programmes would be geared towards supporting job creation and fostering inclusive growth, in addition to key macroeconomic concerns such as inflation and exchange rate stability.

Since then, the apex bank, under his leadership, has shown strong commitment towards supporting measures that would wean the nation off dependence on imported goods, create wealth and jobs for youths, and promote a more stable and resilient financial system.

Assessing the efforts of the monetary and fiscal authorities in maintaining the key macroeconomic indicators – inflation rate, interest rate and foreign exchange rate, Uche Uwaleke, a professor of capital market at the Nasarawa State University Keffi said, “I would rate the CBN high with respect to ensuring stability in key macroeconomic indicators within the purview of the apex bank such as inflation and exchange rate”.

From a high of over 17 percent in January 2017, he said the CBN had been able to ensure, using available monetary policy tools, that it moderated to current level of below 13 percent, although it was still higher than the CBN’s upper threshold of 9 percent.

In relation to exchange rate, this has remained relatively stable since 2017 owing in part to the introduction of the Investors and Exporters Window sometime in April 2017.

The stability in exchange rate can also be attributed to the demand management strategies of the CBN, including the restrictions to the forex market with respect to 44 items that can be produced in Nigeria –which were constituting a drain on foreign reserves.

That measure, Uwaleke said, helped in no small measure to decrease import of the affected items thereby reducing the pressure on the forex market amidst dwindling crude oil revenue.

Also, as part of its development finance function, the CBN has contributed to growth in the country’s real GDP through the various interventions, especially in the agriculture value chain.

Without doubt, its Anchor Borrowers’ Programme in particular is largely responsible for the country’s near-self sufficiency in rice production, he said.

Furthermore, some of the policies of the CBN such as the Loan to Deposit Ratio have led to increase in credit to the real sector of the economy.

These credits were largely recorded in manufacturing, consumer credit, general commerce, information and communication and agriculture, which are productive sectors of the economy.

The economy was already on the path of recovery and actually grew by 2.55 percent in the fourth quarter (Q4) 2019 before the outbreak of COVID’19.

The progress being made in the area of infrastructure, especially roads and rails, have supported economic growth.

However, he said the sore thumb remained the issue of high unemployment rate and insecurity that were negatively affecting food production and by extension food prices. These, he said, should be the focus of the government going forward.

After reviewing the efforts of the CBN in maintaining the soundness of the banking and financial services sector of the economy, the MPC urged the apex bank to continue to give particular attention to its mandate of exchange rate stability, given the recent volatility in the international financial system, to avoid excessive demand pressures hitting in the foreign exchange market.

The MPC expressed the utmost need for both the monetary and fiscal authorities to collaborate, for the optimal synergy, on measures targeted at reviving the economy.

On what can be done to stabilize FX and conserve foreign reserves, Ayodeji Ebo, managing director, Afrinvest Securities Limited, said Nigeria needed to begin to add value to her raw materials before exporting.

This, he said, would increase its export proceeds as well as lower demand for FX to import. This means the Federal Government needs to create the right atmosphere for the private sector to set up more processing companies to boost productivity. This will also generate significant employment opportunities and reduce insecurity.

“We would need to be deliberate in providing conducive environment for these companies by closing the infrastructure gaps in the country to lower cost of operations and production. For instance, we export crude oil and import petroleum products at a higher cost,” Ebo said.

Analysts at FSDH research said the recent upward adjustment of the Naira was expected to have positive implications on government revenue and, in turn, reduce pressure on the exchange rate in the short term.

However, the analysts said other markets were expected to adjust accordingly. They said the move would translate into higher pressures in other markets like the parallel market, raising speculative concerns in coming months.

With the reserves at $36 billion and relatively stable oil price, there appears to be a considerable amount of firepower to intervene in the markets. But as economic activities improve, higher imports and lower foreign investment inflows relative to 2019 will add pressure on the reserves. Despite the adjustments, the CBN will continue to intervene to maintain exchange rate stability and prevent large FX fluctuations, FSDH analysts said.

The CBN early this month adjusted exchange rate in the Secondary Market Intervention Sales (SMIS) – a window where importers access foreign currencies – from N360/$1 to N380/$1.

As contained in the Economic Sustainability Plan (ESP), which was launched in June as government’s response to the COVID-19 pandemic, part of the monetary measures to support the economy was the unification of exchange rates to maximise Naira returns to Federation Account Allocation Committee (FAAC) from foreign exchange inflows. This is expected to be implemented in the first 12 months, according to the ESP.

Uwaleke noted that the major challenge to forex was the country’s huge import bill. “We need a law that mandates the patronage of locally made products by all government establishments with stiff sanctions for violation. An Executive order is not sufficient to address the problem,” he said.

On the supply side, he admitted that non-oil export promotion held the key. This would involve increased investment in the agriculture value chain as well as solid minerals.

According to him, there was equally the need to create conducive environment for foreign investments, including through upgrading infrastructure and tackling insecurity.