What eNaira Hackathon tends to achieve 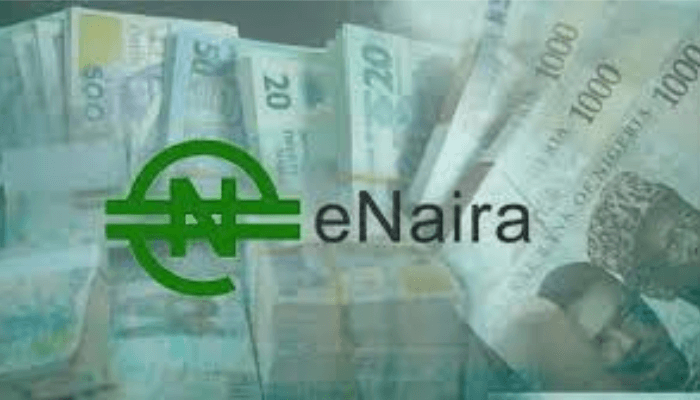 Since October 25, 2021 when the Central Bank of Nigeria (CBN) introduced its digital currency, known as the e-naira, many Nigerians are yet to adopt the initiative due to low awareness.

This has led to increased awareness campaigns by the CBN across the country, such as Kano, Kaduna and various markets in Lagos State, among others.

However, Flutterwave, one of Africa’s leading payments technology companies, recently announced that merchants can now accept eNaira payments from their customers on their platform.

Olugbenga GB Agboola, Founder and CEO, Flutterwave, said the adoption of eNaira as a payment method on Flutterwave creates various payment methods to merchants and their customers to ensure everyone has access to payment solutions that work for them.

The e-naira app has recorded 200,000 and $10 million (N4.4 billion) in transaction volume and value respectively, according to Godwin Emefiele, governor of the CBN.

The eNaira was launched and activated on 25 October, 2021 by President Muhammad Buhari, under the slogan: “Same Naira, More Possibilities”.

eNaira is a central bank digital currency backed by law, the full sovereignty of Nigeria, issued by the Central Bank of Nigeria as a legal tender.

The International Monetary Fund (IMF) in June 2022 said several sub-Saharan African central banks are exploring or in the pilot phase of a digital currency, following Nigeria’s introduction of e-Naira.

Nigeria was the second country after the Bahamas to roll out a Central Bank Digital Currency (CBDC) in October 2021; the Washington-based Fund said in a new blog titled, “More African central banks are exploring digital currencies’.

Within the period under review, the CBN introduced certain innovations to enhance e-naira adoption. In August 2022, the banking and finance regulator approved a reward scheme for merchants and other users of the e-Naira.

This includes providing merchants with the required promotional (marketing) materials and subsidising the current merchant service charge by 50 percent.

Also, the CBN in collaboration with Africa Fintech Foundry (AFF) in August 2022 introduced the eNaira Hackathon. A Hackathon is a sprint-like event where a group of people create solutions to real-life problems within a short notice.

The overall goal of the Hackathon is to make the eNaira the African gateway to the digital economy. The strategic objectives of the initiative include: driving financial inclusion, improving macroeconomic management and growth, facilitating cross-border trade, improving the value of Naira by digitizing and democratizing Naira swap to other major currencies like USD, GBP, EURO, improving funds remittances, and improving payment efficiencies.

Delivering a keynote address at the grand finale of the eNaira Hackathon, on August 18, 2022 in Abuja, Emefiele stressed the Bank’s commitment to achieving its mandate of preserving monetary and financial stability.

Commending the strategic partnership between the Central Bank of Nigeria and the Africa Fintech Foundry in organising the hackathon event, he said the eNaira hackathon recorded a sizeable interest from young and innovative Nigerians with a total of 4,667 registrations, comprising 4,082 male and 582 female applicants. This, according to him, corroborates the fact that Nigerians, both within and outside the country, possess innovative ideas and are willing and ready to leverage exciting opportunities that the eNaira presents for enhancing digital financial services and contributing to national development.

The CBN governor noted the commencement of the second phase of the eNaira project, which he said intended to drive financial inclusion by onboarding unbanked and underserved users leveraging offline channels. He disclosed that Nigerians will be able to open an eNaira wallet and conduct transactions by simply dialling *997 from their mobile phones.

According to him, when the eNaira was launched in October 2021, “the Bank promised to increase the level of financial inclusion in the country because just like the Naira, the eNaira is expected to be accessible to all Nigerians and would provide more possibilities to bring in the unbanked into the digital economy.

The CBN noted that Nigeria spent billions of Naira to print the currencies in previous years. Now the introduction of e-naira which will ease cash transactions and reduce the amount of currencies printed.

“Since the launch of the initiative, the eNaira had reached 840,000 downloads, with about 270,000 active wallets comprising over 252,000 consumer wallets and 17,000 merchant wallets,” he said adding that the volume and value of transactions on the platform had been remarkable, reaching above 200,000 and N4.4billion.

Besides individuals using the USSD code, Emefiele said merchants and consumers with bank accounts will be able to use the NIBSS Instant Payment (NIP) to transfer and receive eNaira to any bank account, stressing that this will further deepen the integration of the eNaira with the existing national payment infrastructure.

“The second phase of the project has begun and is intended to drive financial inclusion by onboarding the unbanked and the underserved users leveraging offline channels. Hence greater success is envisioned for the project with phase two expected to deliver more gains with the target of eight million users based on estimation using the diffusion of innovation model,” he said.

Emefiele, who revealed that the eNaira hackathon recorded a sizeable interest from young and innovative Nigerians with a total of 4,667 registrations, comprising 4,082 male and 582 female applicants, commended the participants for “birthing innovative solutions for a modern Nigeria and the first step towards expanding the Central Bank of Nigeria’s innovative financial ecosystem.”

Kingsley Obiora, deputy governor, economic policy department, said the use of cash, as a means of payment, was declining globally, hence the minting of currency by the central banks across the globe had reduced over the past few years.

He said the CBN had blazed the trail with the launch of the eNaira, by responding to the yearnings of digital payment system, adding that other central banks were currently understudying Nigeria’s model of the digital currency.

“This is the way the world is going. If you don’t jump into the train, it will leave you,” he noted.

Daniel Awe, group head of African Fintech Foundry, technical partner to the Bank commended the Bank for the transforming from a traditional regulator to a smart and innovative one.

More explanation from the IMF

Why did Nigeria introduce eNaira?

According to the CBN, the eNaira is envisaged to bring multiple benefits, which are expected to materialize gradually as the eNaira becomes more widespread and is supported by a robust regulatory system. Key benefits include the following:

Increase in financial inclusion. For now, the eNaira wallet is provided only to people with bank accounts, but its coverage is expected to eventually expand to anyone with a mobile phone even if they do not have a bank account. A large number of people do not have bank accounts (38 million people; 36 percent of the adult population), and allowing those of them with a mobile phone to have access to the eNaira would increase financial inclusion and facilitate more direct and effective implementation of social transfers programs. It is expected that the move would enable up to 90 percent of the population to use the eNaira.

Facilitation of remittances – Nigeria is among the key remittance destinations in sub-Saharan Africa, with remittance receipts amounting to $24 billion in 2019. Remittances typically are made through international money transfer operators (e.g., Western Union) with fees ranging from 1 percent to 5 percent of the value of the transaction. The eNaira is expected to lower remittance transfer costs, making it easier for the Nigerian diaspora to remit funds to Nigeria by obtaining eNaira from international money transfer operators and transferring them to recipients in Nigeria by wallet-to-wallet transfers free of charge. Exchange rate reforms, including a unified market-clearing rate, that reduce the gap between official and parallel market exchange rates would enhance the incentives for using eNaira wallets to send remittances.

Reduced informality – Nigeria has a large informal economy, with transactions and employment equivalent, respectively, to over half of GDP and 80 percent of employment. The eNaira is account-based, and transactions are in principle fully traceable, unlike token-based crypto asset transactions. Once the eNaira becomes more widespread and embedded into the economy, it may bring greater transparency to informal payments and strengthen the tax base. Informal and formal businesses may also benefit if eNaira adoption enhances consumption through greater financial inclusion.

What are the potential risks?

Like digital currencies elsewhere, the eNaira carries risks for monetary policy implementation, cyber security, operational resilience, and financial integrity and stability. For example, eNaira wallets may be perceived, or even effectively function, as a deposit at the central bank, which may reduce demand for deposits in commercial banks. Relying as it does on digital technology, there is a need to manage cybersecurity and operational risks associated with the eNaira.