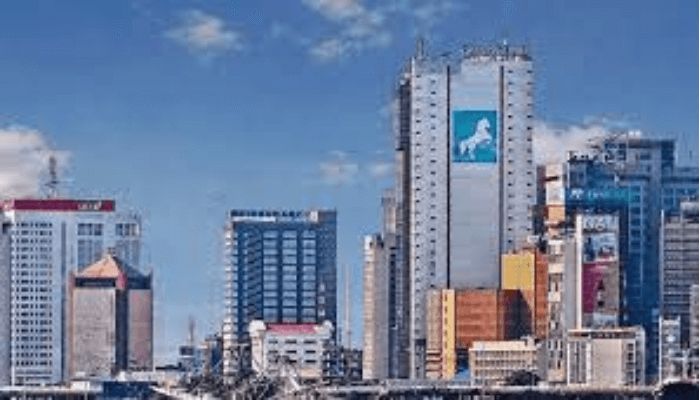 The Nigerian banking industry progressively contributed some N168.4trillion to the country’s Gross Domestic Product (GDP) between 2017 and 2020, indicating an incredible resilience and growth, despite two difficult recessions.

“The Nigerian spirit remains unfazed and persistently bankable, despite several years of some of the most severe macroeconomic challenges, including the 2008 financial crisis, the oil crises that followed, and an unexpected pandemic,” Osinbajo said.

Osinbajo said that it is on account of the banking sector’s growth and resilience over the years that the government has identified it as a critical partner in galvanizing the private sector for its developmental drive.

“The CIBN’s role in the private sector cannot be overstated. In laying the parameters for professional and ethical conduct, healthy competition, and continuous professional development, it has helped to guide the evolution of a banking industry that has grown to become the envy of the continent.”

The Vice President noted Nigeria as primed and ready for new depths of economic growth and development, particularly with a population constituting the largest market on the continent, a swelling demography of ambitious, tech-savvy young people, accelerating regional integration and connection to new markets.

According to him, the government understands the unprecedented opportunity to launch the country into a new decade of sustained prosperity, which would require the careful choreography of policies that remove impediments in growing businesses.

Osinbajo said the government appreciates the critical role the private sector plays in delivering value to the Nigerian economy, especially with Nigeria’s startup firms accounting for 35 percent of the $4bn funding, amongst the 564 startups in Africa in 2021.

He observed that there has been a rise of Nigerian unicorns in recent years, stating that “in 2021 African tech startups raised over $4billion in funding, with over 564 startups across the continent solving critical problems in almost every sector.

“Nigeria accounted for 35 percent of this. Nigeria today has six unicorns, tech companies valued at over 1 billion dollars. All of them started after 2015, and have grown between two recessions.”

According to him, “with a population constituting the largest market on the continent, swelling demography of ambitious, tech-savvy young people, accelerating regional integration and connection to new markets, the government sees and is committed to the unprecedented opportunity to launch the country into a new decade of sustained prosperity.

Osinbajo highlighted the impact of government policies in this regard, including the work of the Presidential Enabling Business Environment Council (PEBEC) towards improving Nigeria’s business environment and economy.

He noted that in the past six years, the Buhari administration, through PEBEC, has “aggressively pursued the creation of an environment that allows Nigerian businesses, at every level, to operate without the bottlenecks and drawbacks that have come to characterize their interface with agencies and regulators.”

He added that the government is also building on the progress of these reforms and aggregating lessons from some of the setbacks in its implementation with the launch of PEBEC’s 7th 60-day National Action Plan (NAP 7.0) on the Ease of Doing Business, which will run till April 7, 2022.

With NAP 7.0, the government intends to consolidate on the achievements in removing regulatory constraints around agro-exports, driving electronic filing of taxes and working closely with the states to make their own business environments friendlier.

Speaking further, the VP said, the same zeal largely informed the ongoing implementation of the new National Development Plan, 2021-2025, a medium-term agenda that seeks to, among other things, generate 21 million full-time jobs and lift 35 million people out of poverty by 2025.”

Underscoring the importance of “a conscious reliance on private enterprise and initiative” in the successful implementation of the Plan, the Vice President said, “the plan commits the government, at all levels, to an investment of about N49.7 trillion, and envisages private sector investment of N298 trillion, making a total of N348 trillion.”

“The implementation of the plan is expected to be supported by a range of fiscal, monetary and trade measures, including more intentionally promoting productivity and value addition,” he added.

Bayo Olugbemi, president/chairman of council, CIBN said the institute as the conscience of the industry has continued to foster the observance of ethics and professionalism among practitioners in the banking industry, and will not leave any stone unturned towards ensuring that all banks and bankers imbibe and abide by the expected ethical standards of the profession.

He said the new edifice will house the Chartered Institute of Bankers of Nigeria, Abuja Office and the Permanent Secretariat of the Alliance of African Institute of Bankers (AAIOB), a Body which has been in existence for about 25 years; developing and promoting acceptable banking and finance education, examinations and certification standards among its members on the African continent.

In addition, the building which will be equipped with state-of-the-art ICT facilities will feature a learning/incubation hub, a banking hall, multi-purpose hall, and a training facility sponsored by Nigeria Deposit Insurance Corporation (NDIC) which will be available for use by various organisations for the training of their staff. Spaces are available for branding and I want to call on the banks and other corporate bodies to pick up available spaces to project their brands.