...sets up academy with N10m coding for orphaned, under-served girls 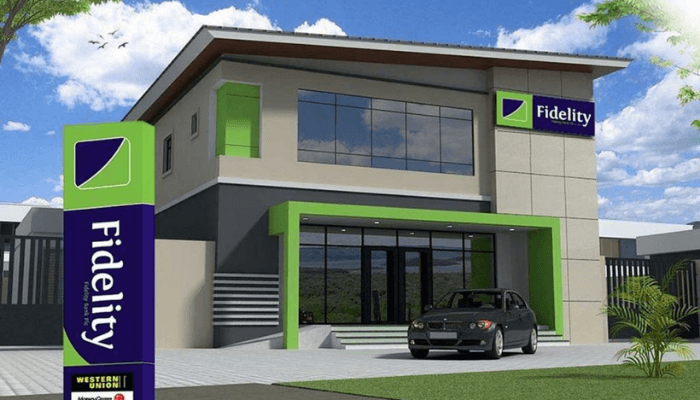 In commemoration of the 2022 International Women’s Day (IWD), Fidelity Bank Plc, one of Nigeria’s frontline deposit banks, launched a special, women-focused scheme known as ‘HerFidelity’, for its female customers, giving them access to financing at a reduced interest rate.

The new scheme boasts of features such as capacity development initiatives, access to finance at reduced rates, health and wellness programmes, recognition and networking events- all designed to help women achieve their potential.

“We have taken the time to listen to our female clients and understand their pain points; we encourage you to please sign up for this experience before you leave this evening,’’ Nneka Onyeali-Ikpe, managing director/CEO of the bank said while unveiling the new scheme in Lagos.

She explained that one of the pillars of HerFidelity is capacity building, revealing that the bank was sponsoring five female-led enterprises at a cost of N5 million for the training of female apprentices.

“We believe this will go a long way to assist young ladies who need a helping hand while enhancing their knowledge in their fields of endeavour, ” she said.

Onyeali-Ikpe added that the bank was supporting dream catchers academy for girls. The academy, according to her, is a free boarding educational and performing arts institution for orphaned and under-served girls.

“We are putting together an IT Centre at the academy and paying for coding that is costing us N10 million; we believe this will go a long way to assist the young ladies who need a helping hand while enhancing their knowledge in their areas of endeavour”.

This year’s International Women’s Day celebration which had a theme, ‘Breaking the Bias,’ was aimed at promoting gender equity across various sectors and spheres by celebrating women who have emerged pioneers in their respective fields.

The keynote speaker, Obiageli Ezekwesili, an economic policy expert, defined gender bias as the tendency to prefer one gender over the other in which case the one that is preferred is the one that society has conditioned the minds to uphold as being superior to the other.

“The first thing that I want to say to you tonight is that it is so wrong for us to attribute the skills of leadership to men and to withdraw it from women because scientific studies have shown clearly that leadership is gender-neutral,” she said.

Ezekwesili highlighted the kinds of biases around the world that have worried people, saying, “We’ve seen this unconscious bias; we’ve seen this implicit bias, which occurs when an individual unconsciously attributes those aptitudes and stereotypes to another person or group of people and then it affects their behaviour in terms of how to respond to these people. So, gender bias has a tendency to make women seem the least preferred in a way that is unjust.”

“Let our young women know also that they can buy, they can build and they can own just as much as men; that women can be leaders and women can be CEOs of conglomerates. It is our collective responsibility to let all the women know, especially the young ones coming, the new generation of women, that they can break through the bias and find their own path,” she said.

She argued that if Nigeria was going to get to the top of the economic league table of the world, the country and the rest of the continent must decide in a deliberate way to have policies that counter the biases that stop women from being the best that they can be.

The matter of data and the role that it plays in tackling systemic prejudices is one that a bank like Fidelity must not take for granted, she said, adding that Fidelity bank must gather all the data concerning its female entrepreneurs; gather the data in terms of the pre-bank activities and their post activities and to determine how it is that some of the institutional things act as a barrier to the growth of female customers.

“You as the managing director, as a woman, you must be interested in investing in those kinds of baseline data. You also must be interested in investing in the baseline data around the staff that you are hiring. If you don’t follow the journey of your female staff, you will assume that opportunities are equal in your institution,” Ezekwesili told Onyeali-Ikpe.