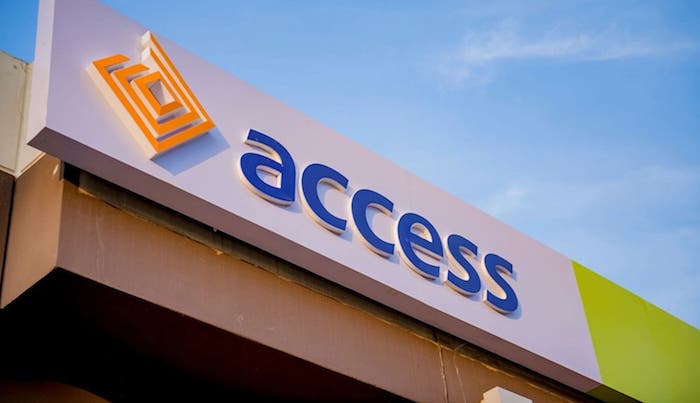 While other sectors of the Nigerian economy were hard hit by the impact of Covid-19, the banking sector has been resilient thanks to the ample pre-crisis buffers.

Banks in Africa’s biggest economy entered the crisis with adequate capital buffers and profitability, which they are now tapping into, according to the International Monetary Fund (IMF).

Despite the headwind, most banks reported profit as seen in their full year 2020 financial result. For instance, Access Bank Plc reported its full year 2020 (FY2020) numbers recently with a 14.7 percent Year-On-Year (YoY) growth in gross earnings at N764.7 billion.

The robust growth in gross earnings was principally driven by an 85.6 percent YoY spurt in net gains on financial instrument held at fair value and reduced FX losses, offset by a decline in other operating income (by 20.3%) and a 23.7 percent drop in interest income on financial assets at Fair Value through Profit or Loss (FVPL).

Access Bank’s Profit Before Tax (PBT) grew by 13 per cent to N125.9 billion from N111.9 billion, despite the high cost of operating the enlarged franchise and the increase in net impairment charge of near N43 billion arising principally from a Structured Trade Finance(STF) portfolio in the Access Bank UK.

The Bank’s Profit After Tax (PAT) rose by same margin from N94.1 billion to N106 billion in 2020 on the back of a 32 per cent growth in operating income, which offsets the rise in impairment charges and operating expenses.

Customer deposits grew by 31 per cent to N5.59 trillion in December 2020, from N4.26 trillion, while net loans and advances grew by 18 per cent to N3.61 trillion, up from N3.0 trillion in 2019. The board recommended a final dividend of 55 kobo per share bringing the total dividend to 80 kobo per share. As the bank intensified recovery efforts, it undertook significant write off and leveraged its risk management practices, its asset quality improved to 4.3 per cent, compared to its 2019 report of 5.8 per cent. This is expected to continue to trend downwards as it strives to surpass the standard it had built in the industry prior to the merger with Diamond Bank.

“The institution’s resilient performance is testament to the effectiveness of our strategy and capacity to generate sustainable revenue,” said Herbert Wigwe, Group Managing Director and CEO of the bank.

In a string of expansion across the African continent – including Cameroon (operating license), Kenya (Transnational Bank), Zambia (Cavmont Bank) and the latest being South Africa’s Grobank – management hinted that the group intends to leverage the African Continental Free Trade Area agreement to expand its footprint to 20 countries across Africa, United Capital stated in a note.

It was reported on Monday that Nigeria’s Access Bank is planning to acquire majority stake in Botswana’s African Banking Corporation as it seeks to entrench itself on the continent. According to Bloomberg, the African banking group started by former Barclays Plc Chief Executive Officer Bob Diamond has agreed to sell its stake in African Banking Corporation to Access Bank.

In addition to the already concluded acquisitions, plans are currently in place to enter Morocco, Algeria, Egypt, Ivory Coast, Senegal, Angola, Namibia and Ethiopia. A sum of $60.0mn was paid to acquire south Africa’s Grobank, a major milestone in the Bank’s foray into the south African market and a critical factor in driving intra-African trade by widening its trade finance operations.

On the proposed reorganization into a HoldCo, management noted that the bank would also accomplish an expansion plan outside Africa by setting up representative offices in China, India and Lebanon, using its London operation as an “anchor for growth.”

Furthermore, the Group will be organized into Access Bank Group (divided into Nigeria, Rest of Africa and international), Payment Business, Consumer Lending/Agency Banking and Insurance Brokerage. The overall objective of the structure will be to create new revenue lines at minimal risk, diversify earnings, and support international expansion.

Industry stakeholders are confident that with strategies put in place by the bank, growth sustainability is sure.

“We expect Access Bank to sustain top and bottom-line expansion in 2021. While non-interest income growth should taper going forward, as the economy stabilizes, we imagine that rebounding asset yields, supported by massive balance sheet size and gains from expansion activities, should spur interest income growth,” said analysts at United Capital.

Again, the well-diversified nature of the loan book is expected to sustain asset quality and thus keep Non-Performing Loans (NPL) and Cost off Revenue (COR) within prudential limits. Accordingly, the analysts expect PBT and PAT to remain broadly stable in FY-2021.

Access Bank’s consumer lending business has seen 60 per cent growth in digital lending volume and value. Access Bank has been driving its revenue growth through retail expansion, which has grown consistently across all income lines.

The growth was driven by a strong focus on consumer lending, payments and remittances, digitalisation of customer journeys, and customer acquisition at scale.

The bank under the leadership of Herbert Wigwe is currently in hot pursuit of its legacy debts which runs into billions of naira from recalcitrant debtors of former Diamond Bank Plc which it acquired few year ago.

However, “we revise our Target Price (TP) for Access from prior N10.5/share to N8.6/share, amid retracement in the yield environment which has resulted in a significant spike in our risk-free rate assumption thus reducing the appetite for riskier assets such as equities. Accordingly, this translates to a 13.9 percent upside compared to market price of N7.6 as of April 16th 2021, thus we maintain a BUY rating on Access,” the analysts said.

Access Bank Plc. is a leading full-service commercial Bank operating through a network of more than 600 branches and service outlets, spanning three continents, 12 countries and 31 million customers. The Bank employs 28,000 people in its operations in Nigeria and has subsidiaries in Sub-Saharan Africa and the United Kingdom (with a branch in Dubai, UAE) and representative offices in China, Lebanon and India.

Listed on the Nigerian Stock Exchange since 1998, Access Bank is a diversified financial institution which combines a strong retail customer franchise and digital platform with deep corporate banking expertise and proven risk management and capital management capabilities. The Bank serves its various markets through four business segments: Retail, Business, Commercial and Corporate. The Bank has over 900,000 shareholders (including several Nigerian and International Institutional Investors) and has enjoyed what is arguably Africa’s most successful banking growth trajectory in the last twelve years. Following its merger with Diamond Bank in March 2019, Access Bank became one of Africa’s largest retail banks by retail customer base.