The dangers of massive brain drain 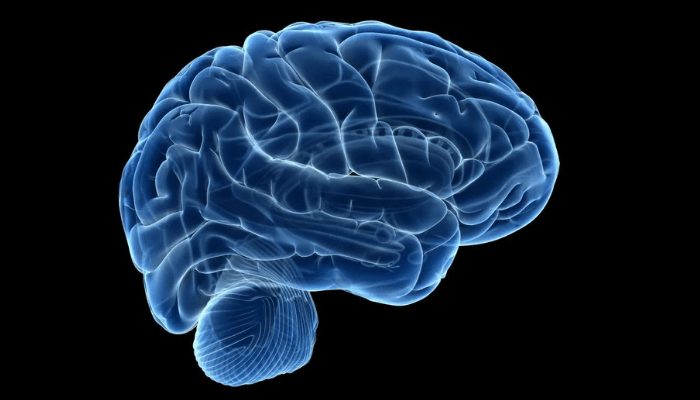 He made this shocking statement during the Maiden NMA Annual Lecture Series earlier in the year. The event was held in Abuja. The theme of this year’s lecture is ‘Brain Drain and Medical Tourism: The Twin evil in Nigeria’s Health System.’

Are you alarmed by this saddening situation that has the best brains in the medical field jetting out to greener pastures far beyond our shores? You should be and that is because the loss left Nigeria with only 4.7 per cent of its specialists to service the healthcare needs of over 200 million people!

Quoting World Health Organisation (WHO) data, he said Nigeria has a doctor-to-population ratio of about 1: 4000-5000, which falls far short of the WHO recommended doctor-to-population ratio of 1:600. Ujah is worried because the worsening menace of brain drain worsens the already depleted healthcare resources in Nigeria. And here we are I a country currently battling a myriad of challenges including escalating insecurity, mass youth unemployment, hiccups in the education sector exacerbated by the ASUU strike and of course, the highest inflation rate over the past 18 years.

The real source of concern is that it is not only in the medical field that we are bogged with the incubus of brain drain. But first, what is it all about? According to Wikipedia, “brain drain from Nigeria is the exodus of middle-class and highly skilled Nigerians which has been occurring in waves since the late 1980s to early 1990s”.

Though this trend was initially restricted to certain professions but it has now become free- for- all with the introduction of visa programs in order to fill workforce gaps in developed nations. This was sparked by an economic downturn following a period of economic boom in the 1970s and 1980s propelled by the discovery of oil wells in Nigeria. That reminds us of the Structural Adjustment Program days of the military junta led by the famed IBB, General Ibrahim Babangida.

“It’s time to end the brain drain and move to brain gain. It’s time for a great mind of Nigeria to return home. You’re the mind we need.”

But more importantly, we should be asking ourselves about the root causes of brain-drain, with the salutary aim of proffering and acting on workable solutions. The answer is not far-fetched as

Persisting poor leadership has been fingered by some researchers as a critical factor leading to mass brain drain. For instance, the political leaders could not manage the economic prosperity of the 1970s and 1980s which came about by the discovery of oil wells.

Nigeria, which became a destination for economic migrants with an influx of teachers and lecturers from Ghana and India into public secondary schools and universities soon found itself under the economic downturn and an IMF-mandated structural adjustment program. Austerity measures were imposed led to a downturn in funding of the educational sector. This led to several student uprisings which triggered a mass exodus of the expatriates and an export of skilled Nigerian workers. Ever since, many Nigerian students have shown increasing interest, especially in travelling to developed societies, soon after the completion of their study.

According to Wikipedia, even the entertainment industry was not left out as some celebrities, including Opeyemi Aiyeola, Doris Simeon, Lara George, Eldee, Lola Alao, Regina Askia and Bayo Bankole migrated to other countries. So, what are the telling effects of this anomaly on our dear nation, Nigeria?

Beginning with health sector, according to the Mo Ibrahim Foundation, it costs Nigeria between $21,000 and $51,000 to train a single medical doctor. But the country has lost more than $2bn since 2010 to training doctors who later migrate. It therefore, means that countries such as the UK with10percent of doctors coming from African nations save about $2.7bn by recruiting these doctors. Nigeria is holding the short end of the medical stick!

In retrospect, concerned health stakeholders alerted the federal government to a looming shortage of medical doctors, with a projection of over 50,120 doctors and 137,859 nurses in Nigeria by the year 2030. That was in July, 2021. For instance, as at March 2020 the ratio of doctor –to- patient ratio stood at 1: 2,753. This falls far short of the one medical doctor-to-600 people as recommended by the World Health Organisation (WHO).But that is not all to worry about.

We should admit that quality healthcare delivery is part of the United Nations’ Human Rights Declaration of 1948. It is also expressly stated, in section 17(3)(d), of the 1999 constitution (as amended)which guarantees “adequate medical and health facilities for all persons.”

There has to be the enabling environment of peace and security in place, to act as catalysts to increase human resources and healthcare delivery. More budgetary allocations should go to these sectors. It is sad to note that the country’s budget for education as a percentage of its GDP has never surpassed a single digit from 2016 till date. In fact, in 2021, Nigeria’s education budget of 5.6 percent has been the lowest since 1999. This falls short of the 26% as recommended by UNESCO.

As for the health sector, finding solutions go beyond the government setting up a Health Reform Committee geared towards reversing the brain drain. For instance, the country’s budget in 2021 was 13.6 trillion, and the health ministry got 514 billion, being 3.7 per cent of the budget. Now you should understand one of the reasons behind the massive brain drain.

Notably, in a 2017 survey carried out by Nigeria’s polling agency, NOI Polls, in conjunction with Nigerian Health Watch it was found that 88 percent of doctors were considering work opportunities abroad! Over half of the doctors registered with the Medical and Dental Council of Nigeria (MDCN) practice outside Nigeria.

The forthcoming 2023 general election provides yet another golden opportunity to the Nigerian electorate to choose political leaders, wisely, especially those who understand exactly where we are currently trapped in and have to muster the political will to do the needful. That is, with regards to the all-important education and the health sectors.