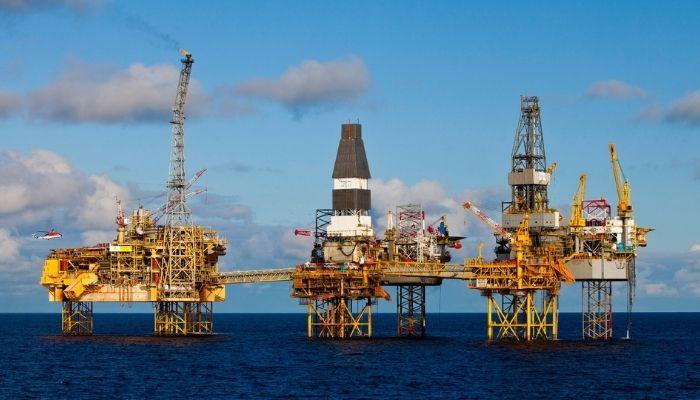 The Nigerian oil and gas sector, the lifeblood of Africa’s biggest economy, is still on its knees, seven years after President Muhammadu Buhari came into power. Yet the worst may be yet to come if the country’s Presidential hopefuls don’t have a different strategy for how they plan to manage glaring hurdles facing the sector.

Nigeria, Africa’s most populous nation, is gearing up for what some political analysts have termed a ‘decisive’ general election next February as some of its popular politicians are already flinging themselves into what could turn out to be a charged campaign season.

“We need a different approach to how Nigeria managed its oil and gas business in the last seven years,” Kelvin Atafiri, who runs Cavazanni Human Capital Limited, an investment firm exposed to the oil and gas sector said.

Buhari, who doubles as petroleum minister, had in 2015 pledged to “revive and reactivate Nigeria’s minimally performing refineries to optimal capacity” and boost foreign reserves by ending the importation of refined fuel.

He reminded Nigerians that two of the four refineries in the country were built under his watch as petroleum minister in the 1970s.

“In my time as NNPC chairman and petroleum minister in the late 70s, two of our four refineries were built, and domestic consumption catered for,” Buhari said in a 2015 broadcast.

But seven years after, all the refineries are shut down, with some of them undergoing rehabilitation, and the country relies wholly on imports for petroleum products.

Nigeria needs to take more urgent steps to develop a productive and diversified economy by 2030, without which we could be looking at the ruins of a failed state

Experts have wondered why the government decided to spend billions of dollars on refinery rehabilitation in a world where global private refiners with stronger and more efficient systems are struggling to break even.

“Refineries are one of the most complex facilities to run, they are capital, technology, and management-intensive operations, yet low margin,” Olagoke Balogun, former processor operator at Chevron with 13 years’ experience in the refining business, said.

“Aside from corruption, the Nigerian state is grossly incompetent to run such complex operations even if they wanted to,” he added.

The four refineries recorded a combined loss of N154.54 billion in 2018, compared to N252 billion in 2017, according to the Nigerian National Petroleum Company (NNPC).

Read also: How REA is increasing electricity access to underserved Nigerians through NEP

Crude oil exploration and production have declined to record lows as a result of worsening oil theft and low investments caused largely by delays in regulatory reforms.

“Positive and negative indexes in Nigeria’s energy sector were activated within the last seven years, yet the sector’s perennial problems are still left unaddressed,” Joe Nwakwue, a former chair of the Society of Petroleum Engineers, said.

Under Buhari’s administration, there have been notable achievements such as the first marginal bid round since 2003, the passage of the Petroleum Industry Bill into law, the final investment decision on Train 7 of Nigeria LNG, the publication of the first audited financial statements of the NNPC.

“Deep-rooted challenges such as addressing petrol subsidy would have been a masterstroke,” said Atafiri.

In Africa’s biggest oil-producing country, nearly all past governments have made efforts to do away with fuel subsidies.

Finding by BusinessDay shows Nigeria is digging itself into a deeper financial crisis every day that passes with a ballooning petrol subsidy that the country can ill afford.

Nigeria will spend as much as N4 trillion on petrol subsidy in 2022, about the same amount spent on subsidy between 2017 and 2021, according to the Federation Account Allocation Committee, and more than the N3.4 trillion reported as the total federal government revenue in 2021.

The petrol subsidy bill for 2022 which is a part of recurrent expenditure is just N1.91 trillion less than the total amount budgeted for capital expenditure.

The upward review of the petrol subsidy bill was done amid a cut in other critical spending areas. For instance, the Basic Health Care Fund was slashed to N44.56 billion from N56.14 billion.

Beyond subsidies, countries in Europe, Asia as well as major oil-producing nations took bolder steps about renewable energy, either as a tool to meet ambitious decarbonisation goals or an opportunity aimed at export, but Nigeria is not moving fast enough to create policies that will drive investments into a low-carbon energy future.

“Nigeria needs to take more urgent steps to develop a productive and diversified economy by 2030, without which we could be looking at the ruins of a failed state,” said Niyi Awodeyi, who runs Subterra Energy Resources Limited, an investment firm keen on the energy sector.

Tinubu’s plan is to deploy technology to track oil and gas assets and create a special task force to curb crude theft. He also plans to track vessels coming into Nigerian waters to lift crude.

In a July interview on Arise TV, Atiku said: “This is a task where you must bring in all the security agencies, army, naval forces, because now everyone is left to do whatever they like without coordination, without supervision, without leadership.”

Obi has fingered external parties including government agencies to be involved and promised to send security forces after the thieves.

Tell me you are Nigerian without saying it

Nigeria, a nation crippled by ineptitude and avarice