You need to active Javascript on your
backpage,Opinion Austin’s Five Forces Model,SDGs,WEF

The sustainability challenge is becoming clearer. Being a Consultant at the Sustainable Development Goals, Africa Centre (SDGCA) in Rwanda and on the Global Agenda Council of the World Economic Forum (WEF) has exposed me to the global framework for economic growth that protects the fundamental pillars of humanity and the planet.

The SDGs are about People, Planet, Prosperity and Peace – and about driving development in an inclusive way that leaves no one behind. These tenets were further reinforced through my interview with Professor Paul Romer, Nobel Laureate, and former Chief Economist at the World Bank.

I see Five Forces driving sustainable growth as follows – Organizations, Population, Enablers, Infrastructure, and the Socio-Political Environment. I have codified below, the relation between these forces in the in a model which I call the Austin’s Five Forces Model for analyzing Sustainable Development.

Read Also: Sustainable development in the context of Nigeria

Below are the Five Forces and how they impact sustainability:

● Organisations – providing jobs for the population for shared prosperity

● Population – a large social group subject to the same political authority and dominant cultural expectations. This is the source of skilled labour to the organisation and who in turn contribute to the welfare of society

● Enablers – institutions and mechanisms necessary for supporting efficient and equitable pursuance of opportunities in the society. They may include regulation, education, healthcare, and technology among others

● Infrastructure – the basic physical and organizational structures and facilities needed for the operation of a society or enterprise. They include housing, ports, roads, power, and communication

● Social-Pollical Environment – the central values of society, politics, culture and public opinion, as well as the assurance of security and the adherence to rule of law that governs the society

These forces and their interplay are represented in the schematic below:

At the heart of providing jobs is the organisation, public, private, start-ups and non-governmental.

A commonly held truism is that government alone cannot provide all jobs and is not big enough to shoulder the entire economy. Take Nigeria for example, in real terms, government spending at 5.7% of GDP (2019) means non-government economic activity accounts for almost all of GDP (about 95%). Among OECD economies, business activity accounts for 72 percent of GDP with monetary flows from labour income, capital income, taxes, investment in capital assets, and payments to suppliers. It is this crucial force that needs to be enabled to unleash economic growth. 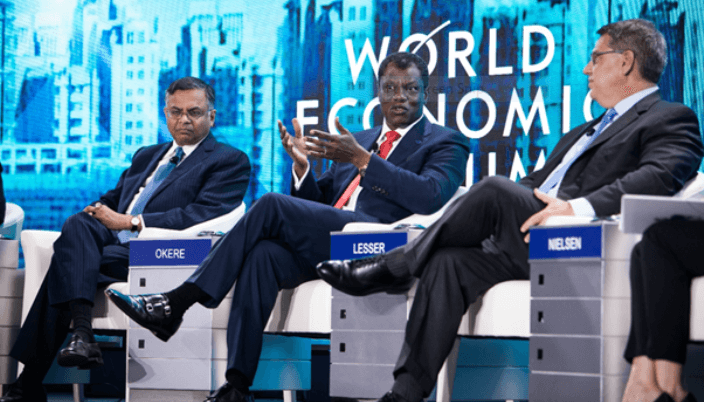 In many economies, 80% of the jobs are provided by entrepreneurs. They are responsible for most of the advances in new products and processes, provide most of the employment opportunities and are a key indicator of the overall performance of an economy.

In Nigeria, while there are only about 161 companies listed on the Stock Exchange, the total number of MSMEs as of 2019 stood at 41.5m according to the National Bureau of statistics. Just imagine the scale of jobs that will be created if each of these businesses is empowered to employ just only one additional person.

A developing society is based on the ideal by which equality of opportunity is available to any member, allowing the highest aspirations and goals to be achieved. While society in the past was split between the haves and have nots, society today is split more into those who are included and those left behind.

This inequality is more significant in emerging markets, where 80% of the world reside. According to the National Bureau of Statistics, the unemployment rate in Nigeria is 32.6%, while the youth unemployment rate (15-24 years) in 2020 was 58.3%. 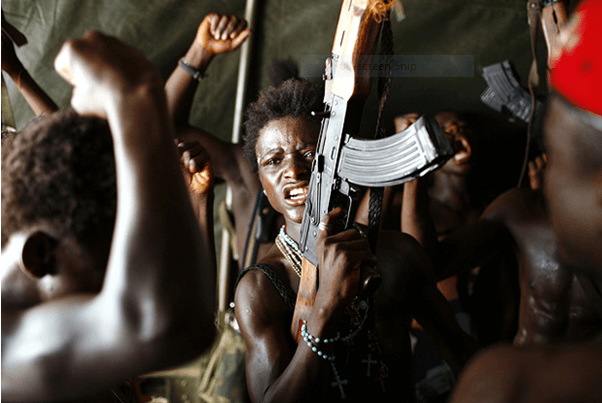 Research has shown that youth unemployment increases all sorts of crime. It is estimated that by 2050, Africa’s population will double, reaching 2.5b people – just about the current combined population of India and China.

Without a credible plan towards sustainable employment, this could be a ticking bomb.

What is more worrisome is that while the population grew at a rate of 2.6%, the GDP growth rate was lower at 2.2% in 2019 according to the World Bank.

Enablers are institutions and mechanisms which remove economic blockages and open economic arteries. Anything that enhances economic activity to a community will culminate in an economic driver for the society. Regulators are one of the most critical enablers of a society.

Regulators, however, tend to be either a source of support or a headwind against progress. The regulator should not constrict the pursuit of opportunity nor act in a manner to entrench protectionism.

While Nigeria has become one of the world’s fastest-growing technology markets, attracting investments of over $216m in the first quarter of 2021 alone, there is a palpable apprehension among technology start-ups, after a series of regulatory headwinds from different government bodies.

These include the Central bank of Nigeria’s ban on cryptocurrency trading and the Security and Exchanges Commission’s clampdown on technology platforms for purchasing shares in foreign companies outside the Commission’s regulatory purview and registration.

Until more people think they can successfully start businesses and prosper, we will not have enough jobs in the economy. Other significant enablers are health and education. On the supply side for jobs, the education system needs to be set up so that people leaving, either at the secondary or university level have employable skills.

The most significant enabler in modern times is the Technology Platform. These Platforms provide a means of significantly extending services at low-cost efficiencies, and as a result draw many people into the consumption pool, while also creating many jobs along the value chain, which would otherwise simply not exist. Technology Platforms have heralded an era of unprecedented inclusiveness.

For instance, MPESA the popular payment system had more than 60% of Kenya’s 33 million mobile users and in 2015 transacted $28m on her platform. Similar applications have metamorphosed across Africa, and Mobile Money services are today generating 6.7% of Africa’s GDP.

Platforms have made it possible to reach far more than our traditional schools can cater to, by leveraging Massive Open Online Courses (MOOCs). Research and Markets forecast that e-learning will grow to $325 Billion by 2025 from $107b in 2015.

The Covid-19 pandemic has severely tested many sovereign health systems, and many have been found significantly wanting.

Infrastructure speaks to facilities needed for the operation of a society, and includes power, ports, transportation, communication, housing, and not least, broadband to homes and offices. This has now become imperative due to the increase in digital transformation, largely driven by the Covid-19 pandemic. A lack of these will severely constrict the smooth production and delivery of goods and services.

By 2050, the infrastructure needed for the 2.5b Africans will be unprecedented in the history of humankind; 700m housing units, 300k schools, and 100k health centres. Can you imagine Africa without a significant network of rail or a functional underground transport system in 2050?

The UK’s Underground Tube system moves 1.35b people annually and has been operating for about 150 years. African Countries such as Ethiopia and Kenya are making strident advances in rail transportation.

The biggest infrastructure drawback, however, has been electricity. Almost half of the people living in Sub-Saharan Africa do not have access to electricity. The attendant impact on entrepreneurship can only be imagined. If Africa were able to achieve in power what she has achieved in telecoms the impact on sustainable development would be immense. 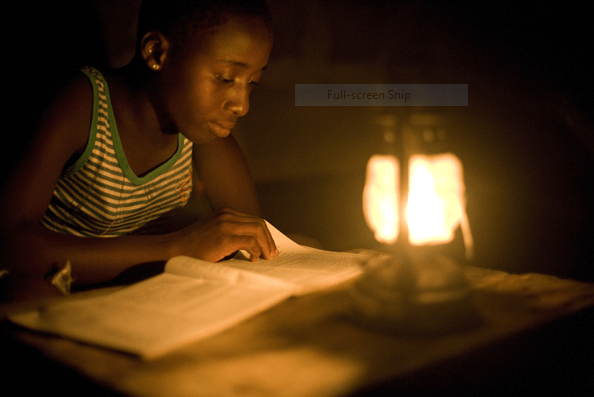 Nothing impacts sustainable growth as much as a stable socio-political environment. it enables the attraction of capital for rapid economic development. The rule of law is paramount for a stable polity. Any society that does not abide by some code of conduct whether in public or private matters tends to become chaotic, and virtually ungovernable.

Produced, or built, capital is what many of us think about when we think of capital; the sum of machinery, equipment, and structures (including infrastructure) and urban land. If one simply adds up the current value of a country’s natural resources and produced, or built, capital, there’s no way that can account for that country’s level of income. The rest is the result of “intangible” factors such as the trust among people in a society, an efficient judicial system, clear property rights and effective government.

Intangible capital also boosts the productivity of labour and results in higher total wealth. In fact, the World Bank finds, “Human capital and the value of institutions (as measured by rule of law) constitute the largest share of wealth in virtually all countries.” According to the World Bank’s regression analyses, the rule of law explains 57% of countries’ intangible capital while education accounts for 36%.

The blind application of the law without regard to status, tribe or creed is what enshrines deterrence. It is the pursuit of deterrence that drives developed countries from sparing any high-ranking members of the society who fall foul of the law, not least their leaders, who are held to a higher account.

Through rampant corruption and failing school systems, many low-income countries are destroying their intangible capital and ensuring that their people will be poorer in the future. 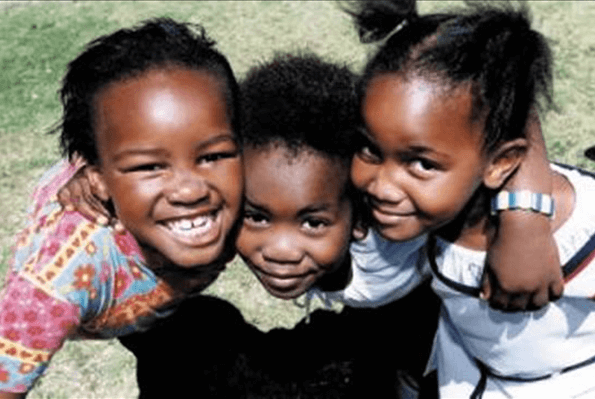 When we analyse the conduct of the people from rich and developed countries, we observed that a majority abide by the following principles of life: ethics, integrity, responsibility, the respect of most citizens for the rule of law, pride in their work, the effort to save and invest, and the will to be productive and punctual. In poorer countries, a small minority follow these basic principles in their daily lives.

A society is not poor because they lack natural resources or because nature is cruel to them, but rather because they lack the right attitude. Conscience is usually thrown out, and judgement is on sale to the highest bidder; this is what is known as a market society.

Russian American writer and philosopher, Ayn Rand succinctly sums it up as follows: “When you see that in order to produce, you need to obtain permission from men who produce nothing – When you see that money is flowing to those who deal, not in goods, but in favours – When you see that men get richer by graft and by pull than by work, and your laws don’t protect you against them, but protect them against you – When you see corruption being rewarded and honesty becoming a self-sacrifice – You may know that your society is doomed.”

According to Yury Fedotov, Executive Director, United Nations Office on Drugs and Crime, “Corruption represents a major threat to the rule of law and sustainable development the world over. It has a disproportionate, destructive impact on the poor and most vulnerable, but it is also quite simply bad for business.”

The sustainable development of any society depends on where they lie on the spectrum of these critical five forces.
Okere is the Founder of CWG Plc and the Ausso Leadership Academy.

Nondisclosure of status, a major challenge to control HIV