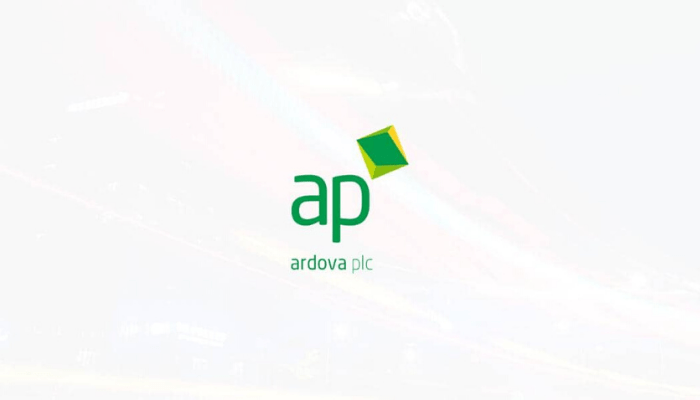 Nigeria’s downstream sector of the oil and gas industry is laden with several industry headwinds. Despite the discovery of crude oil in Nigeria some 64years ago, the sector is still evolving and yet to reach its potentials.

At an extra ordinary general meeting held on December 17 2019, Shareholders of the company ratified a change of name from Forte Oil to Ardova Plc. This is the second time in nine years it is rebranding.

The company was incorporated on 11 December 1964 as British Petroleum. It became African Petroleum through the nationalization policy of the Federal Government of Nigeria in 1979, and in May 2007 the shareholding structure changed as Incorporated Trustees of NNPC’s Pension Fund divested its stake to Zenon Petroleum and Gas Limited owned by Femi Otediola thus making him the majority shareholder in the company. To reflect the new ownership, it changed its name to Forte Oil Plc in December 2010.

Surprisingly, in a notice sent to the Nigerian Stock Exchange dated 24th December 2018, the then majority shareholder, Billionaire businessman, Femi Otedola, announced that he had reached an agreement with Prudent Energy investing through Ignite Investment Commodities Limited to divest his full 75percent in the company’s downstream business the deal was concluded in June 2019.

With the completion of the rebranding exercise, and commitment to focus on alternative energy, shareholders are waiting for the new management to turn the tide and deliver value on their investment.

Last year the energy firm announced the decision to sell its upstream services and power business in Nigeria and also divest from debt-ridden Ghana operations and focus on its core fuel distribution operation in the country.

Unsurprisingly, fuels sales was the key driver of topline, contributing N159.25bn about 90.20percent of total revenue, this implies segment growth of 31.78percent and speaks to Ardova’s effective product rationalization amidst the headwinds in the Nigerian downstream sector.

The Lubricants and greases segment also saw improved Year-on-Year performance, as sales printed a 25.71percent expansion at N17.25bn as against N13.72bn in 2018. Contribution from Lubricants was relatively flat, Year-on-Year as it formed only 9.77percent of revenue compared to 10.19percent in 2018.

The Solar system segment however pitched in lower than 2018, with a Year-on-Year decline of 360.73percent to contribute a meager N0.04bn to topline. Liquefied Petroleum Gas (LPG) and Cylinder Sales printed a smaller N0.02bn.

Operating profit rose by 83.81percent Year-on-Year to settle at N4.93bn, albeit spiked by Ardova’s gain on disposal of subsidiaries which came to NGN2.67bn. Finance costs rose by 35.72percent to N4.83bn, as the company discounted its promissory notes.

There was a significant 306.61percent gain in finance income at N4.56bn, as the FG addressed non-payment of FX differentials on subsidy to the company, which contributed 86.66percent at N3.95bn to total finance income. Net finance costs for 2019 plummeted to 0.27bn as against N1.9bn in 2018, supporting Pre-tax earnings growth of 513.56percent at N4.65bn. Net income settled at N3.92bn, a Year-on-Year increase of 983.11percent

Results of players in the downstream sector mirrors industry challenge

For Eternal Plc, another player in the downstream sector,  figures from its 2019 result shows profit-after-tax plunged to N85.52million in 2019 from N1.01billionn in the previous year while Profit before tax fell sharply from N1.9 billion in 2018 to N125 million.

Proceeds from petroleum products, which accounted for about 74percent of the oil firm’s total top-line, plummeted 33percent to N46.6billion, from N62 billion recorded a year before, while revenue from Aviation Turbine kerosene (ATK) increased to N8 billion from N6.4 billion recorded in the previous year.

According to the new management, it plans to invest time and effort in developing its renewable energy busines specifically solar and leverage assets such as bitumen.

“We are going to add more products to our portfolio and the emphasis on the new addition is on lower carbon cleaner fields,” the company said in a statement.

With Prudent Energy’s acquisition of a controlling stake in Ardova, and the completion of its 6,000MT LPG plant in Delta State in 2019, would buffer growth of the LPG sub-segment of Ardova. According to analyst, Ardova would seek to expand its presence in LPG, Aviation Fuel and leverage its alliance with Prudent in logistics and storage.

The role of manufacturers in mitigating impact of coronavirus

The role of manufacturers in mitigating impact of…